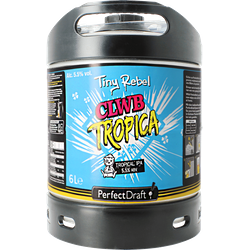 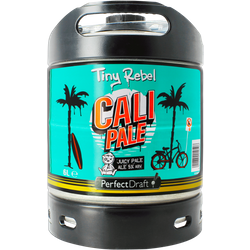 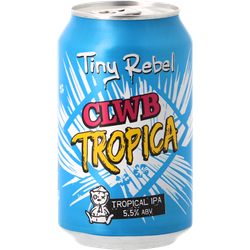 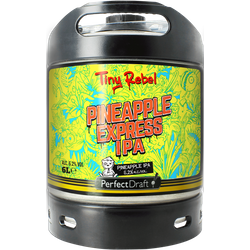 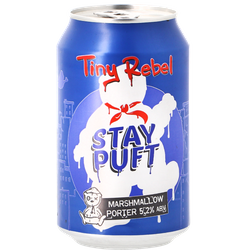 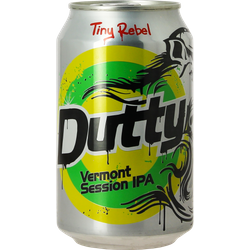 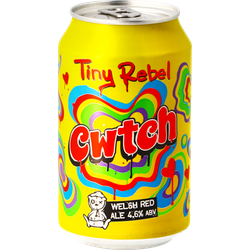 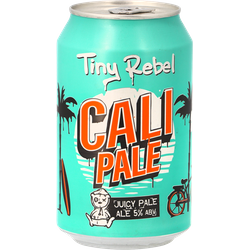 Out of stockSee our suggestions

Get notification
Out of stockSee our suggestions

Get notification
Out of stockSee our suggestions

Its hard to pass up the Welsh brewery Tiny Rebel in the beer world, both for its exceptional beers and for its willingness to live with the times by entering the Perfectdraft range with its Clwb Tropicana, an American Pale Ale that is as thirst quenching as you can imagine.

Newport is a town in the south of Wales, with 150,000 inhabitants, renowned for its bridges and lively nightlife, and above all its microbrewery Tiny Rebel, which has stood out greatly in recent years. Wales' youngest brewery, however, is not the least talented, quite the contrary, Tiny Rebel no longer count their gold, silver and bronze medals won at the country's world beer championship. The first step in the history of the Tiny Rebel brewery began with two friends, Brad and Gazz, who met in a garage to brew. Gazz, a young brewer at heart, passed on all his knowledge of brewing to his friend Brad. Very quickly they began to brainstorm recipes, make their first brews and perceive a future as brewers. The investment started with a few hundred pounds to brew 50 L. This is how the Tiny Rebel brewery was born. Despite everything, the most complex was not to brew but rather to find a name and logo to give a soul to their creation. Both brewers wanted to show their commitment to the environment. They were constantly looking for alternatives to the huge waste of the large breweries. However, they felt so tiny in relation to this enormous task and that is how the name Tiny Rebel came to life. This name rallied the values of the brewery by representing pleasure, relaxation, creativity, rebellion and their unconditional love for the urban environment and graffiti. Like the urban culture and the rebellious music of the 90s that they love so much, they have chosen to represent themselves under a fighting bear with a touch of self-mockery.

After two years of experimenting with different brews and tasting sessions, the two brewers finally produced two beers that earned them the beginning of their fame. As a result, the brewery grew very quickly following numerous events: opened their own bar in the centre of Cardiff, their beers were exported to nearly 8 countries while their production was around 3000 hectolitres. The investments enabled them to invest in more sophisticated brewing equipment and not to mention obtaining their Welsh beer champion title. Their success meant they had to move to continue brewing their 30 new beers each year.

Thanks to the move, their production increased to 10,000 hectolitres. This time they were able to invest again in packaging, the keg storage system and a bottling line. They also reworked the packaging of their beer from the glass bottle to the can, allowing them to better protect the beer from light, preserve its aromas, accelerate refrigeration and facilitate storage.

You can't talk Tiny Rebel without evoking Tiny Rebel Fubar, one of the beers that made their name. The taste is smooth and richly hoppy, with grassy, citrus notes – in particular grapefruit – leading to a pleasingly, though not excessively bitter finish.

Tiny Rebel Cwtch is a 4.6% Amber Ale that delights lovers of craft beers, pours a consonant copper topped with a small off-white head. Malt, hops, caramel and citrus breathe an aromatic alphabet. Malted and caramelised flavours tickle the palate before giving way to bold hops with grapefruit in its wake. An american amber ale to be enjoyed at 8°C

Clwb Tropicana is a veritable fruit salad in a bottle which, in typical Tiny Rebel style, comes wrapped in a label that’s as bright and colourful as your loudest Hawaiian shirt. Having already got your tastebuds a-twanging, the palate is juicy with classic fruity American hops that give seductive peach, passion fruit, pineapple and mango flourishes, all set in a perfectly toned, lightly carbonated medium body, that lures you towards a subtly bitter, fruity finish. To be enjoyed at 6°C.