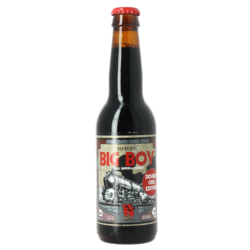 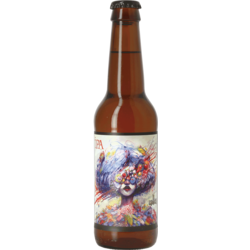 5.50€
Get notification
out of stock

4.70€
Get notification
out of stock

3.80€
Get notification
out of stock

5.50€
Get notification
out of stock

3.90€
Get notification
out of stock

The La Débauche Brewery is one of the very best French craft breweries. Starting out as amateur brewers, they rapidly transformed into a full-time professional brewery to share their beers, recipes, ideas and their passion with the wider world.

Based in the southern French city of Angouleme, La Débauche infused their brewing with a very French sense of style from the word go. The French artisan beer brewery is famous for their elegantly designed labels - designed by tattooers and comic book illustrators - as their exquisitely designed beers, and this remarkable Craft Brewery has successfully married high-art with quality beer.

Skilfully brewing in a range of styles, from light, fresh Pale Ales and Craft Pilsners to deep, dark gourmet Barrel-Aged Imperial Stouts - not forgetting some truly memorable, if leftfield beers brewed with cucumber or carrot juice - whatever La Débauche turns its hand to, you can be sure of a truly original approach to brewing.

With a typically French gourmet philosophy to making great beer, La Debauch beers are brewed with the finest ingredients – malt and hops – whatever beer style they choose to brew. Their core range features IPA, American Pale Ale, Imperial Stout and Porter and barrel aged beers each with a unique character, while their small-batch brews are a work of genius!