This month, discover different and original styles from some of Europe's most iconic breweries from Germany, Italy, France, Belgium and Spain. We found you some styles you may not naturally choose but we hope you enjoy our beers! 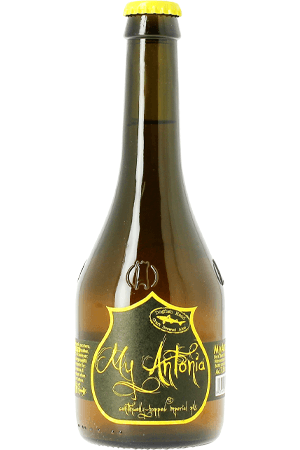 Sometimes breweries work together to make a totally different brew from what they usually do. They each bring their own beer and then use different brewing methods, different ingredients such as using New Zealand hops instead of German ones, and so on... An example of such a brew is the beer My Antonia, a collab' between the American Dogfish Head and the Italian Birra Del Borgo, the latter easily recognisable by the shape of its original bottles.

My Antonia is an Imperial Pilsner, a quite original beer since a Pilsner is a low fermentation beer with a very low alcohol content, around 4 to 5% alcohol, and the use of "imperial" as "double" will indicate a higher level of strength. So we have two opposites coming together for an amazing result hidden behind a golden orange colour and an abundant white foam. Both on the nose and the palate, there are notes of malt, hops, flowers and citrus fruits like grapefruit. It has a great bitter taste, it's persistent and delicate at the same time with a lot of freshness. Cheers!

This is a beer that goes very well with lasagna, pizza peperoni or grilled chicken with a green salad 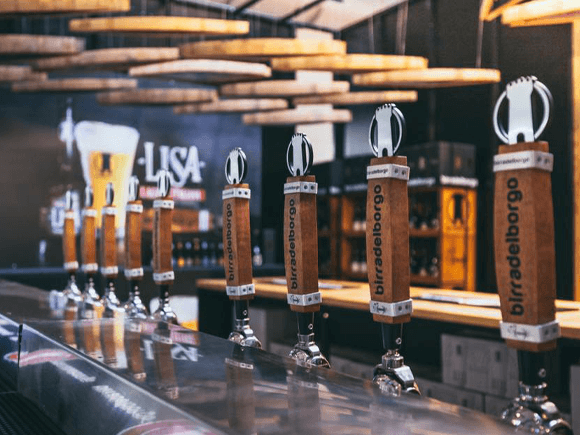 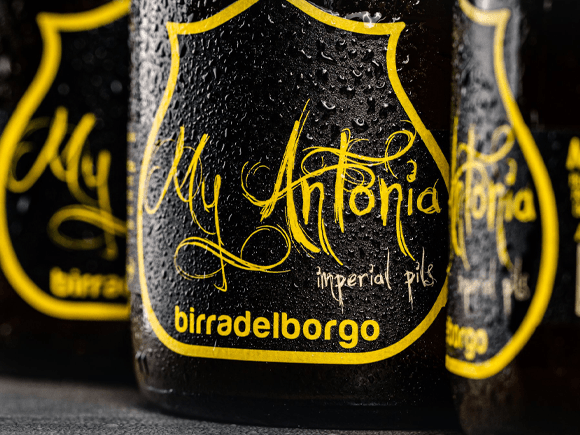 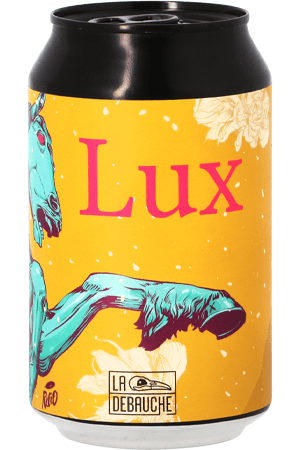 French brewery La Débauche has just changed its logo, so you could be surprised to see a whole new layout on a beer from a brewery you may have known for a long time.

But the beer Lux, what kind of beer is it? It is a Pale Ale with a light sunny colour and aromas of soft malt, mown grass, hops and fresh citrus like orange, lemon and lime.

It is a sparkling, fresh-bitter beer with grassy, fruity and hoppy notes, easy to drink and perfect for the first day of spring in your garden or on your balcony! Make sure it's cold! 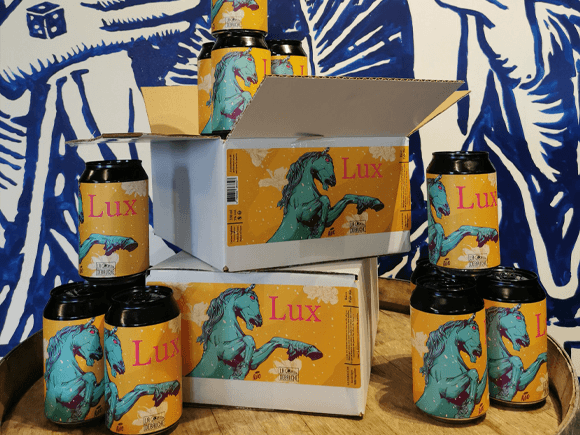 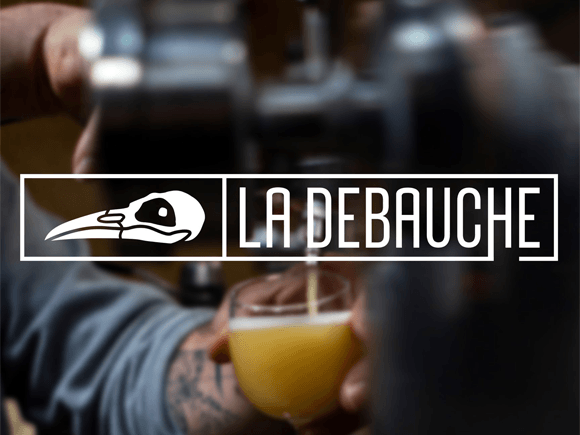 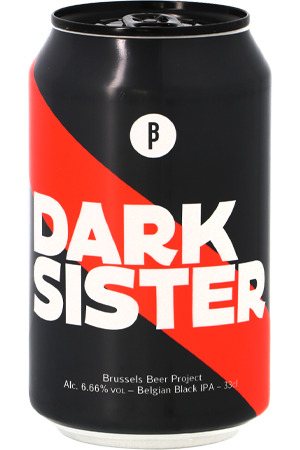 The beer Dark Sister from the Belgian brewery Brussels Beer Project has a rather special background, as it is a reworked Delta IPA in the form of a black beer. From this you can easily understand the origin of its name.

Following the creation of this succesful Belgian brewery in 2013, they wanted to brew a Christmas beer unlike any other, in a black IPA style, which gave birth to the Dark Sister. Its success was so overwhelming that the brewers decided to make it a permanent beer in their range. Don't expect a classic Belgian beer, because that is not at all the way the Brussels brewery does things. On the contrary, the brewers favour originality, generousity and excessive amounts of hops.

Dark Sister has a dark brown colour with a fine beige foam with inviting aromas of pine, roasted malt, hops and soft caramel. Supple, bitter and airy, it is a hybrid style beer between a stout and an IPA, which will surprise you for sure!

The roasted and chocolatey sides of the black IPA will go very well with a quiche, steak, cheeseburger with whole meal bread or spicy ribs. 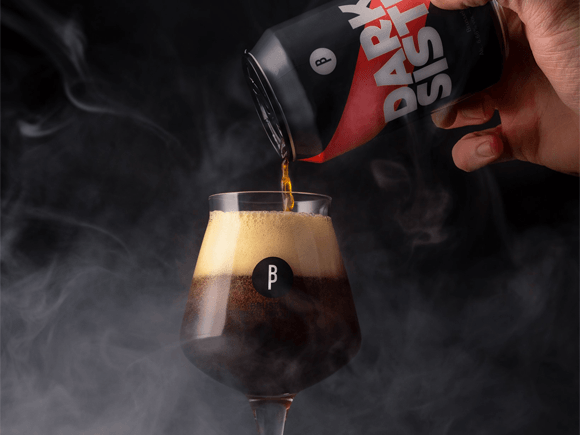 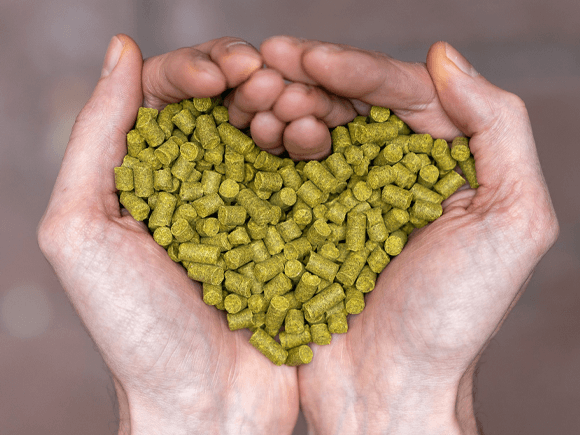 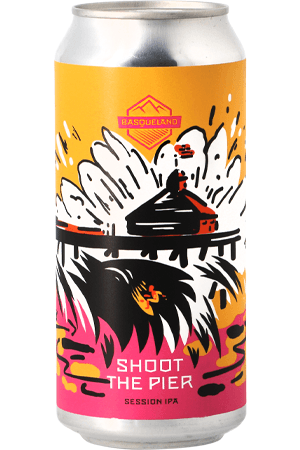 Basqueland is the Basque brewery that has become increasingly popular in recent years, and when you taste one of its beers for the first time, you will immediately understand why! With its original designs, 44-cl cans (always nice of course, to have an extra large beer can and its surprising aromas, it is a brewery that has a lot to offer us again and again.

In the April box, we have Shoot the Pier, a session IPA that mixes aroma and refreshment with sweetness and intensity. The beer has a concentrate of aromas and flavours ranging from fruity, piney, citrusy, tropical and spicy to a delicate sweetness and a fresh bitterness.

The paradisiacal design of the can may already put you in the right mood! Enjoy Shoot the Pier!

The bitter, hoppy notes of the style will work well with spicy tacos, spicy Indian curry or onion soup. 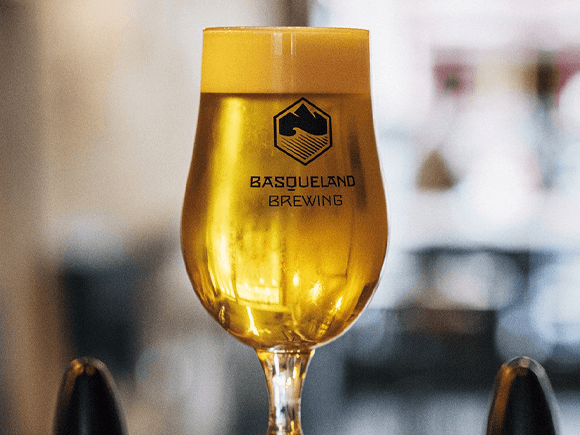 German beers are rigorously well made and for the most part respect the Reinheitsgebot, the German purity law which only allows the 4 essential ingredients to be used in the making of a beer, namely malt, water, hops and yeast. Schneider Weisse is a brewery that also respect this tradition, both with its Tap range, and for others beers, like the Helles Landbier that you have in your April box.

Helles Landbier is a filtered Lager, brewed according to traditional recipes and with Bavarian ingredients. It represents the heart of Bavaria, with a golden yellow colour, a very malty body and very refreshing notes with a quite nice and low alcohol content, which is 4.9%..

Helles Landbier is great to drink any time of day as long as it's chilled, for a delicately hoppy and massively malty finish.

The malty notes of this lager go very well with a cheese sandwich, tunasalad or simply pretzels.. 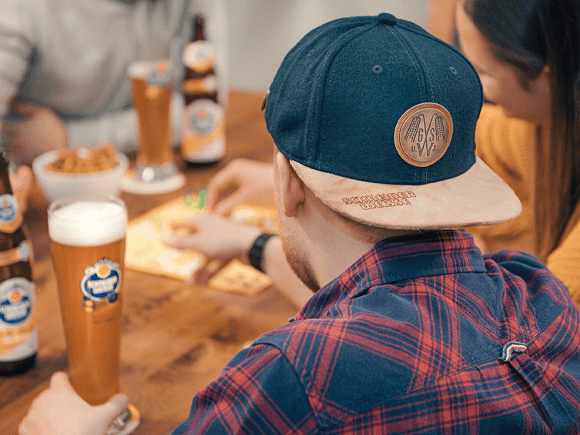 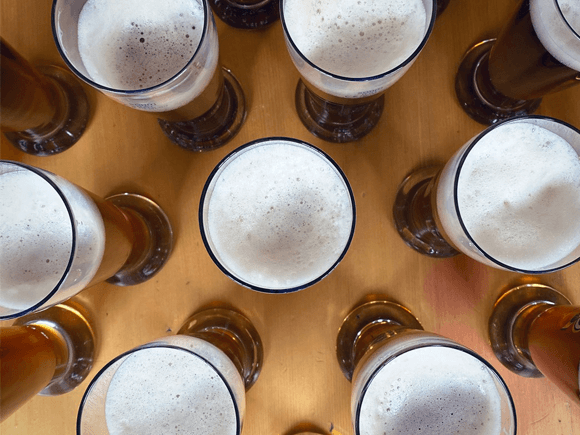 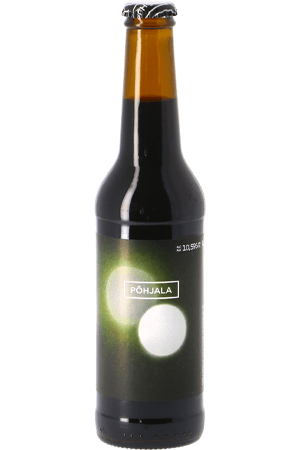 When we talk about Põhjala, it's always a bit hard to be objective as it is a brewery that is unanimously praised as much for its creativity as for the great taste of its beers. We at Hopt have been fans of this brewery since we discovered it. The beer we present in this month's beer box is Öö.

Unless you speak their language, Öö is probably not a word you know. We don't know ourselves how to pronounce it either, but Öö translates as.... Good night.

It's a black beer, an imperial batlic porter, that relaxes you and you can drink as a nightcap! Its deep black colour reveals intense and powerful aromas of coffee, chocolate and candied fruit. It is creamy with a nice balance and a subtle bitterness, to be drunk at a temperature of 14°C. 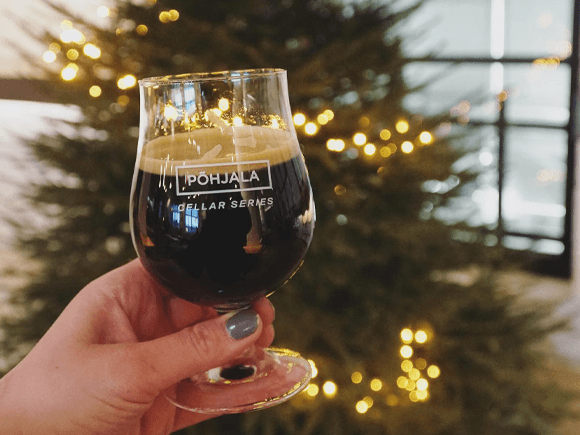 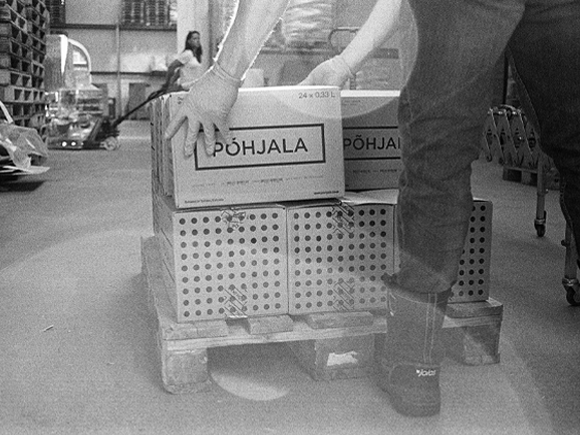 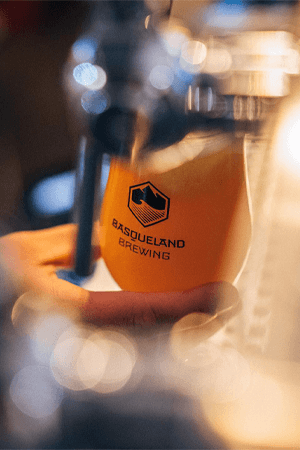 Basqueland is the story of three Americans who moved to San Sebastian, on the Spanish border, to brew sunny beers that go well with Basque dishes. San Sebastian is not like other cities, as it is an autonomous Basque community, very peaceful and famous for its Concha Bay, which is shaped like a strange shell.

In 2015, the three brewers of Basqueland settled in this little corner of paradise and very quickly, they were adored by the critics, winning numerous prizes at various craft beer festivals. Epicurean, they do what they want to do, day by day. If it's brewing in the morning, then it's surfing in the afternoon! From Pilsner to Imperial Stout, from Gose to IPA, Basqueland knows how to live the moment with intensity.

If you are ever lucky enough to visit their charming little town of San Sebastian, you will be able to enjoy the beach and its warm sand, the radiant sun, but also and above all this exceptional brewery that will transport you to a world where everything seems possible. Well, we know that at the moment it's a bit difficult to get anywhere, so you can always find the right beers at HOPT/Saveur Bière. Cheers!