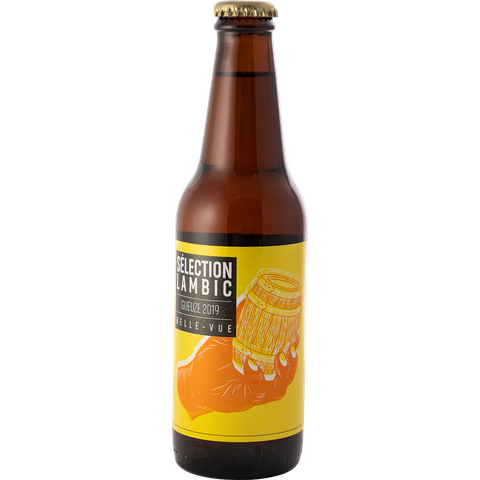 This Beery Christmas Advent Calendar consists not only of 24 discoveries and 24 styles, but also of four different types of fermentation! Today you have a beer with the rarest of the four - the spontaneous fermentation. Brewing using this yeast requires a certain know-how and a lot of attention, because it's nature that does the work! That's why we asked Belle-Vue Brewery to brew this Gueuze for our Beery Christmas.

The beer has a beautiful dark blond colour. The aroma gives you a lovely appetizer for the taste of the beer with spontaneous fermentation. You can also smell the sourness of this beer, with farm and woody tones of the barrel in which the beer has matured. Maybe you'll also discover the scents of apple, pear and wild honey?

This is not a hoppy beer, it's sour, so don't expect bitter hops in the taste. You taste apple and pear notes with extra citrus. The aftertaste ends with honey that can also be found in the aroma. Gueuze is perhaps not a beer for everyone... but we hope of course that you can appreciate the beer and who knows, you might absolutley love the new tastes and have discovered a new favourite!

What is a Gueuze-style beer? The name of this beer style is as complicated as brewing such a precision piece of work! It is a real art to master. A Gueuze was first brewed in Belgium and consists of a mix of old and young spontaneous lambic. A lambic is composed of barley and wheat malt and old-fashioned hops (which have matured for a few years) to soften the bitterness and taste, while retaining their antiseptic properties. The wort is then spread out and cooled in the open air in a large vat called a ""coolship"", so that bacteria and wild yeasts naturally make the beer germinate - this is called spontaneous fermentation. So you have to ensure the right temperature and a good environment to get the right wild yeasts. In the next phase, the lambic is put into barrels to ferment. Then it comes down to mixing young and old lambic. In order to get a Geuze, you need to mix several lambics of different ages and bottle them for a fermentation between 1-3 years. Beers such as Faro and Kriek are related to the Gueuze. Brown sugar is added to the Faro and cherries are added to the Kriek. A Gueuze is an exceptionally sour and dry beer!

In 1913, Philemon Vanden worked in Brussels as a so-called ""coupeur de gueuze"". Not so easy to explain what this means... In order to be able to produce a ""Gueuze Beer"", you need spontaneously fermented beer that is kept in different vintages. And Philemon Vanden was one of the people who distributed this spontaneously fermented beer over the large barrels, to pick them up and bring them to a brewery. After many years in the trade, Philemon bought the café Belle-Vue, and in 1943 the premises were converted into a finished brewery producing various types of lambic. During the Second World War, Philemon was captured and died in a prison in Sandbostel. His son Constant took over Belle-Vue and introduced a pasteurisation of the beer for export. Today, the brewery is a leading lambic brewery in the world of speciality beers! 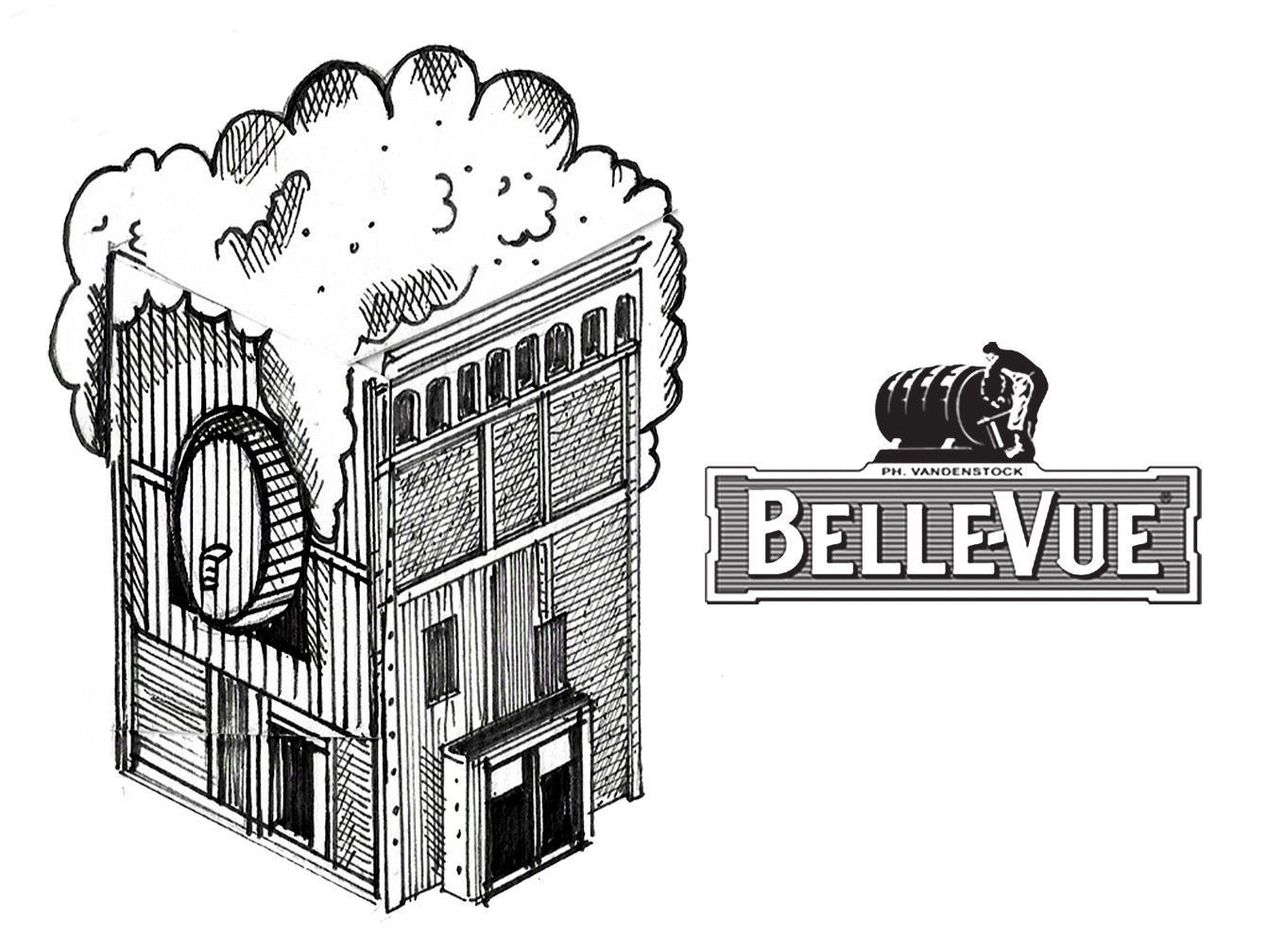 The typical taste of Dueuze beer really comes into its own if you drink it with tapas and a cheeseboard (the more mature the better!). 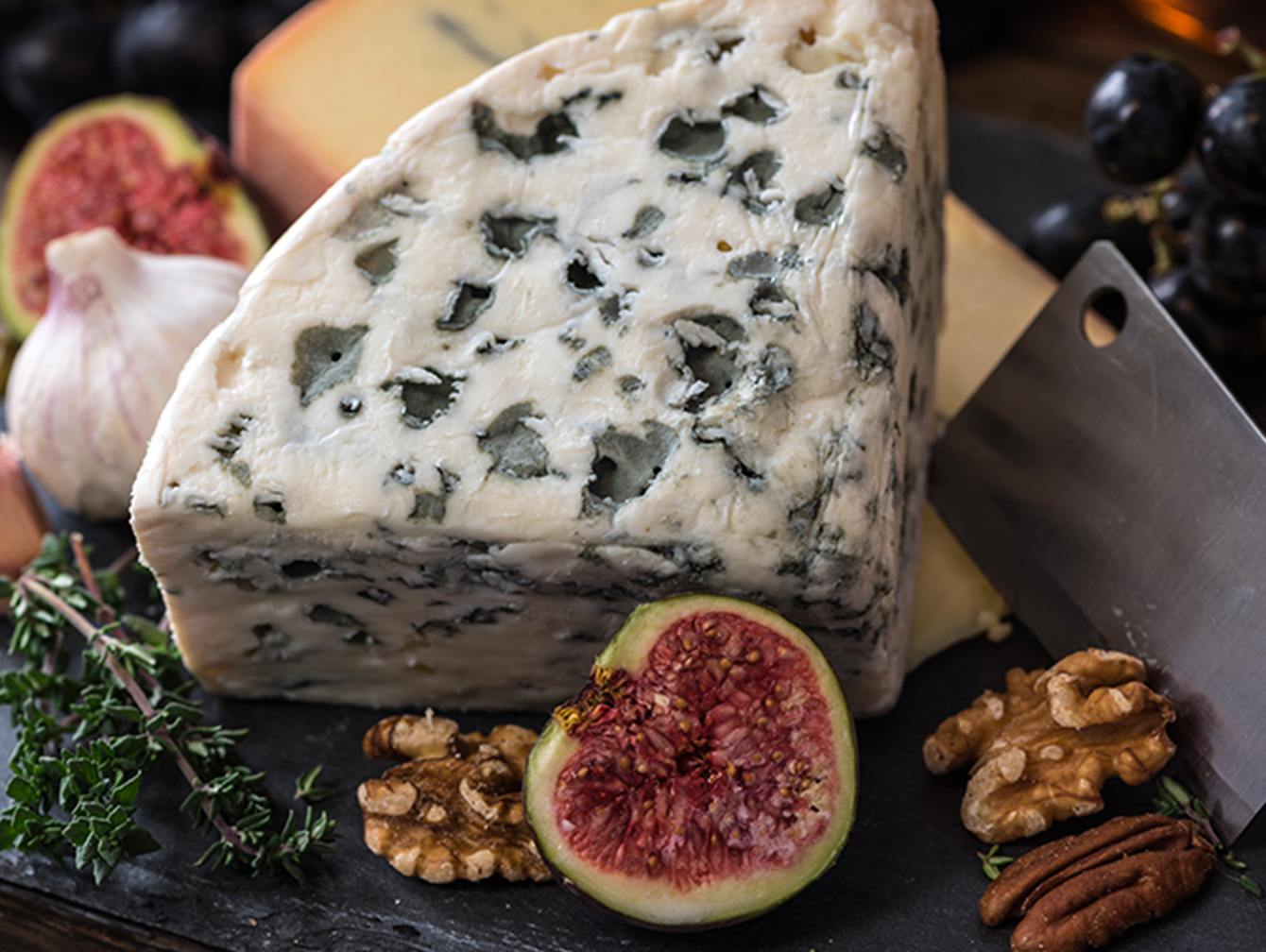