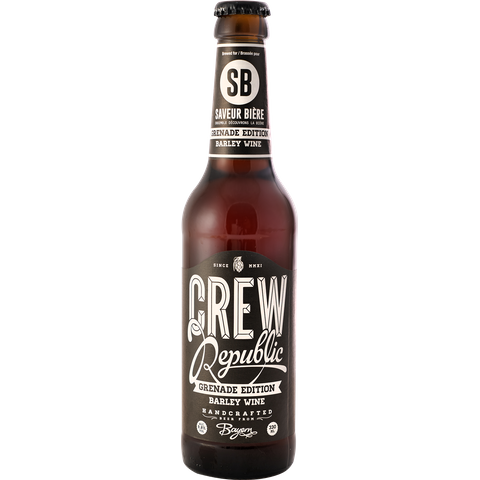 We bring in the final weekend of this Beery Christmas Advent Calendar with Grenade Edition from the unorthodox German brewery Crew Republic! A Barleywine beer that really puts you in the mood for the last weekend before Christmas.

This beer gives off warming smells of alcohol, with a whole range of other aromas. Maybe you can smell them - pine, biscuit and bread malt, plum, sultana, marmalade and salty caramel butter. Woody flavours are added to the taste too. Grenade Edition has a sweet and sour taste because of the marmalade and dried fruit. The aftertaste is long and sweet with caramel and, again, sultanas. A beer to drink slowly, close to the fireplace!

The Barley wine beer style as we know it today began its history in the 18th century, when the Seven Years' War raged between different countries in Europe. What is particularly important to our story, is that there was a great shortage of wine. In fact, British aristocrats could not, of course, afford good wine from the enemy (France)! Because making wine is impossible in England, they decided to brew a beer as a substitute and that became as strong as wine! They decided to brew with barley and concentrated mainly on the wort content to get an alcohol content between 8% and 16%. It was called ""malt wine"", ""malt liqueur"" or ""october beer"". A beer style that is rich, intense and complex, with a taste of caramel, dried fruit and gingerbread. Slightly sparkling, round and sweet, and therefore THE perfect style for the winter evenings and for this chilly 20th December night. Of course, this special beer was only accessible to the aristocracy. Only a century later, Bass Brewery brought the beer on the market for the general public. Nowadays Barley Wine is subdivided into English and American style; the English is fuller, fruity and sweet, while the American variety is more bitter and has a clear hop aroma. Both styles have a high alcohol content and are easy to preserve.

If there is one country that takes beer brewing seriously, it's Germany. In 1516, the then Duke imposed a law that only allowed the use of barley, hops and water in the composition of the beer (yeast was unknown at the time). We know this law as the Reinheitsgebot, which did not allow for an enormous variety and freedom in the recipes. Today the law has become more flexible (depending on the regions), to the delight of modern breweries such as Crew Republic. Founded by two beer "pirates", Mario and Timm, this brewery launched a beer revolution to break away from the standards of German beer. Their method? Emphasise the best of each ingredient by mixing tradition and innovation, to create new beers that have never been brewed in Germany! 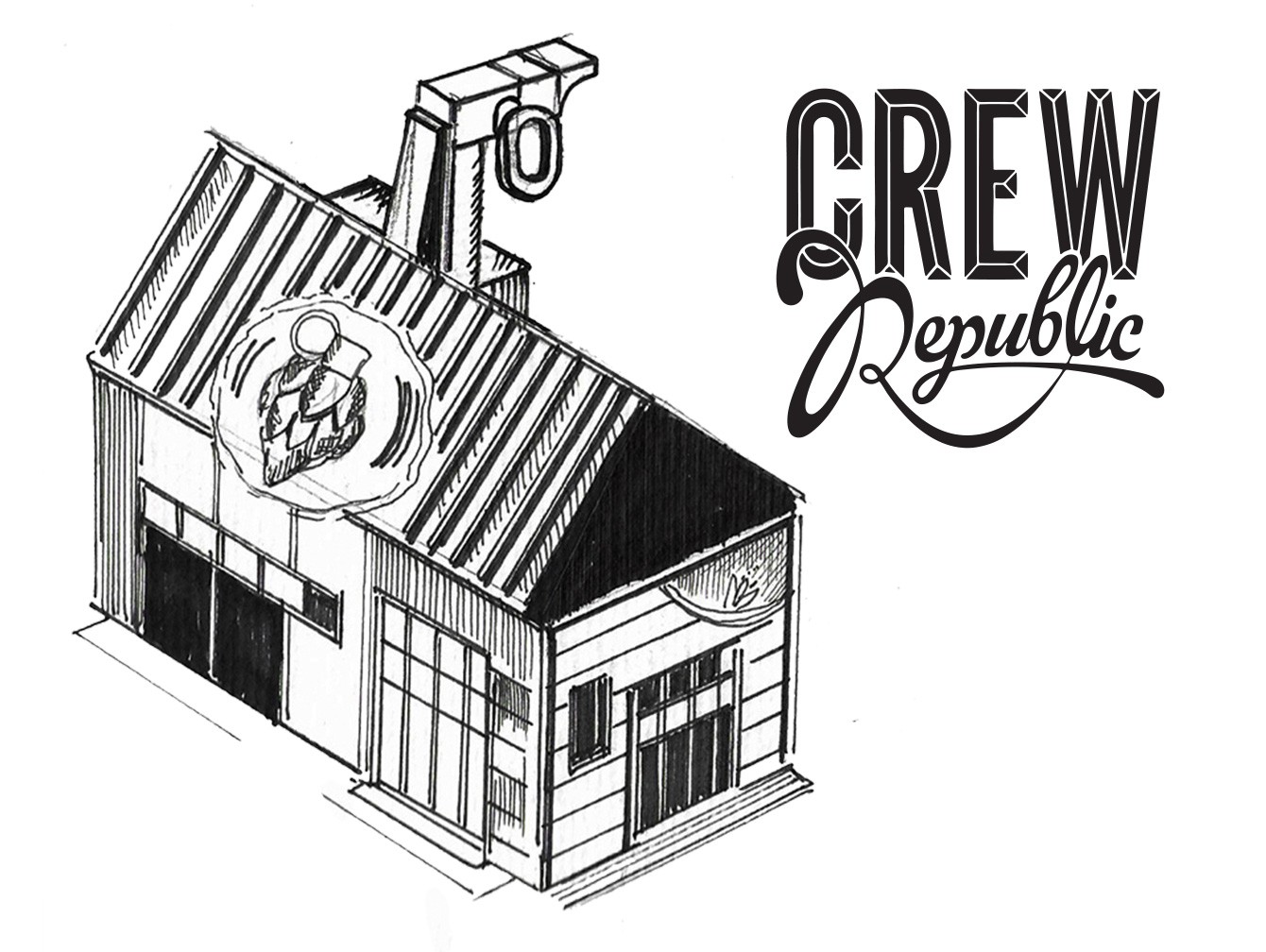 We'd probably suggest this delight is enjoyed on it's own after your evening meal. If you do want to accompany it with something to finish off the night, try plum cake or gingerbread to really bring those flavours out. 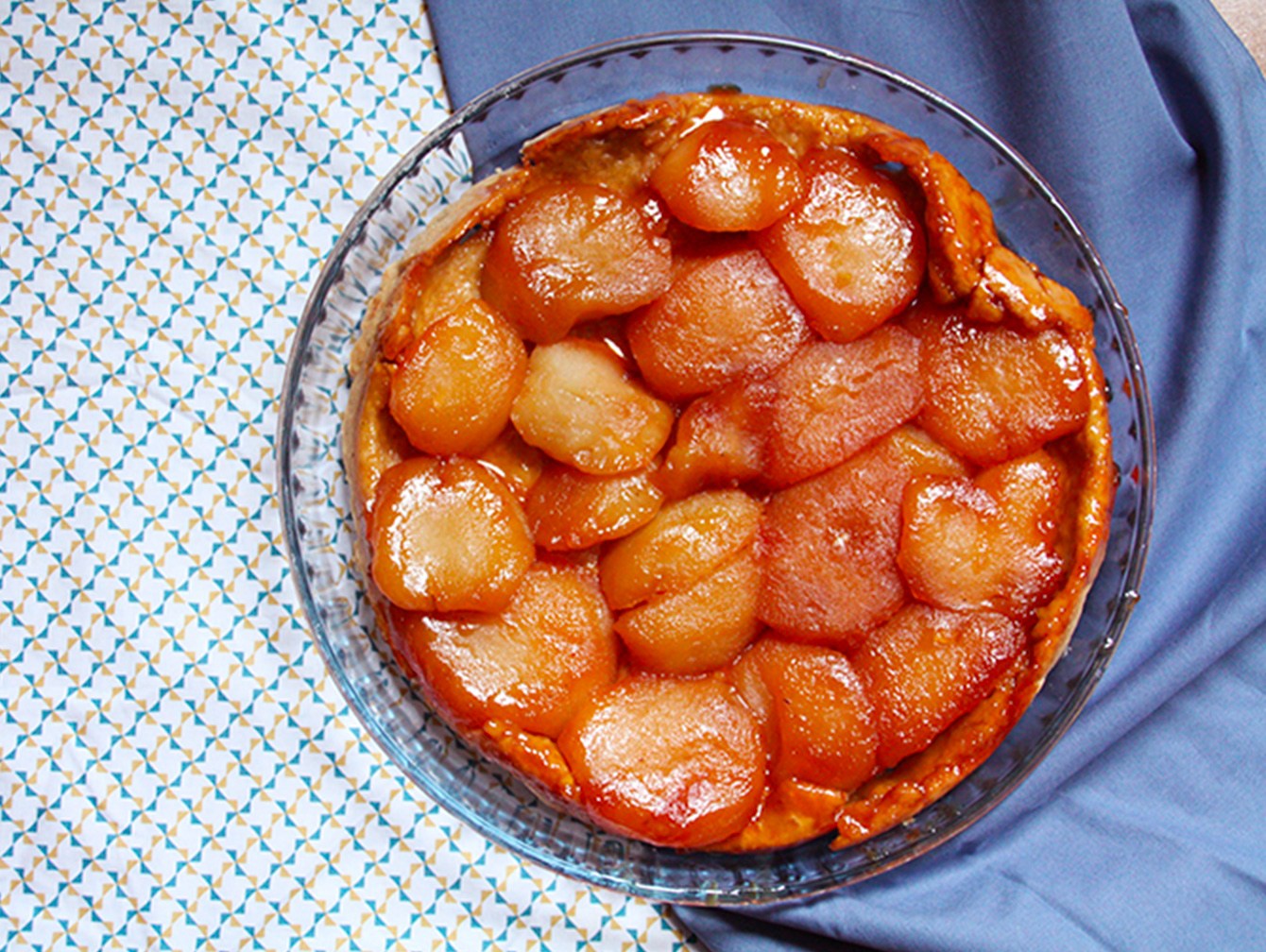