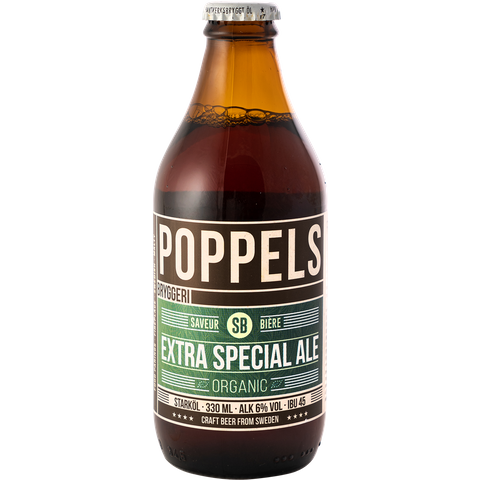 One of the unique and brilliant things about this year's Beery Christmas Advent Calendar is that we asked breweries for a beer style that they wouldn't usually brew. For example, we asked the traditional Swedish Poppels brewery to brew a typical English beer, namely an Extra Special Bitter. It couldn't be more English! In England it's of course a super popular style, but what happens to this ESB of Swedish origin? ESB spreads light alcohol scents with spicy and earthy tones typical of what we know in English hops. If you smell longer you may discover traditional English fragrances of marmalade, sultanas, plums and figs - like that of a classic christmas pud. The taste has the same palette - some woody notes, bitter marmalade with a soft taste of caramel and white bread.

There is no more English than the Bitter, a beer still heavily consumed by English people today! There are different types (ordinary bitter, best bitter, strong bitter) which vary according to the level of alcohol, the strongest being the one we are interested in: the Extra Special Bitter. This is a version popularised by the Fuller brewery in 1971. A clearly patriotic beer because its taste comes mainly from the English earthy hops which will meet the malts, from the same country, gently caramelised with often a dry and bitter finish. England opens its doors to you from the very first sips with this style! By tradition, the bitter is served from the cask (barrel). Neither pasteurised nor filtered, the beer finishes its fermentation in the cask. Sometimes hops are added to the cask for even more flavours. The bitter is then served thanks to a piston pump (without adding carbon dioxide) and everything must be consumed within 48 hours! The English 'Bitter' is, as I'm sure we're all aware, extremely popular in England. There are different types (such as ordinary bitter, best bitter, strong bitter) that vary according to the alcohol content, with the strongest beer being the Extra Special Bitter. ESB stands for Extra Special Bitter. From a formal point of view, it's actually not a separate beer style, but a variant of the Pale Ale. The brewing of ESB started already in the middle of the 17th century and with the help of new technology it was now possible to preserve the lightness of the malt and at the same time get more bitterness. During this time a lot of ""Mild Ale"" was drunk, which had a lower alcohol content and a significantly smokier taste. Extra Special Bitter became a real success at that time, and the trend is still continuing in England today. The Fuller brewery in London repopulated this beer in 1971. A clearly patriotic beer, as the taste comes mainly from the English earthy hops, which go well with the malts (also from England), softly caramelised with often a dry and bitter aftertaste.

Let us go back to Sweden today, 20 minutes from Gothenburg - an important cultural centre and Scandinavia's most important port! If you look around there, you'll find a lake - Humlebadet, which means "Hop Bath"! So it's no coincidence that the Poppels Brewery is nearby. The team is passionate about bringing taste, food and friends together. The philosophy of Poppels is based on knowledge, curiosity and passion for beer with respect for tradition. Their trick - they strive for maximum taste with minimal impact on the environment. This philosophy has made Poppels the largest organic brewery in Sweden! 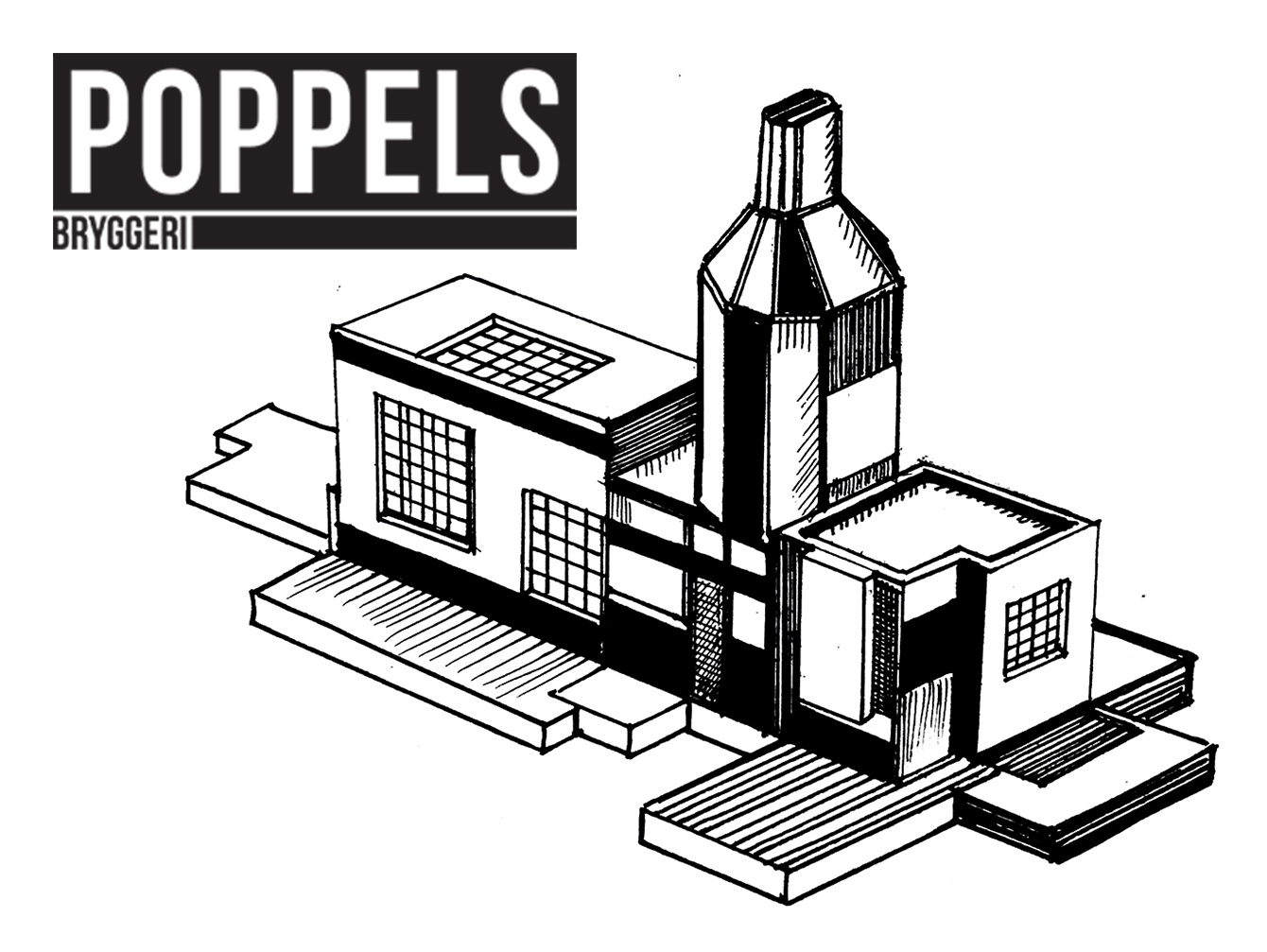 Today's beer just perfectly pairs itself with the good old British Fish & Chips - we had to sneak them in there somewhere! 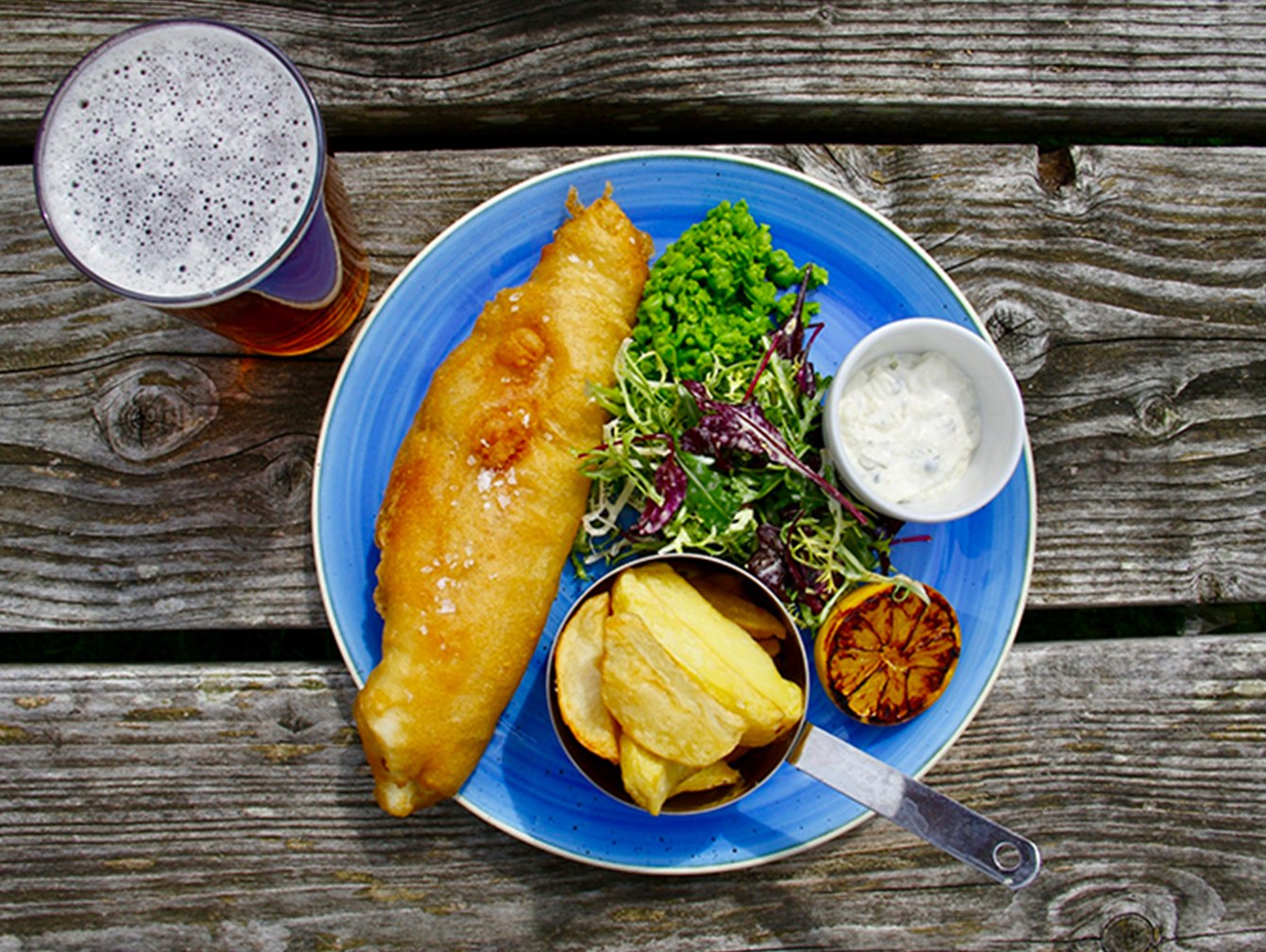