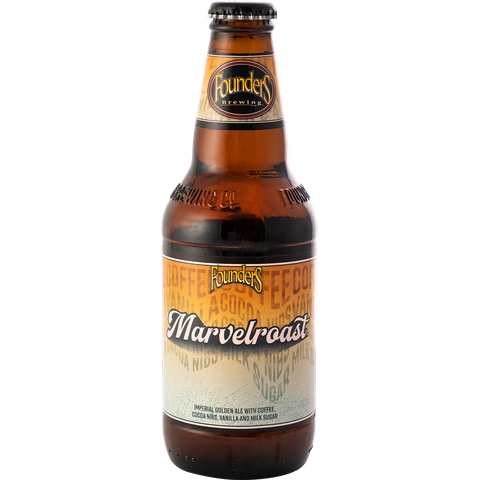 We love nice surprises in our Beery Christmas Calendar, and that's also been our intention with the Marvelroast of Founders Brewery. This beer is a variant of the Strong Golden Ale. When you open the bottle, you will undoubtedly be surprised by what you pour! A beautiful golden beer, that looks good. Now's the time to have a good smell of this beauty.

Marvelroast smells like... probably a cappuccino, offering up whole milk, chocolate and coffee! On top of that some extra vanilla and almond too. It's generous and creamy, but at the same time it has a lightness that makes it easy to drink away. Actually, this beer is a kind of iced coffee dessert in a bottle, easy to drink but with a full and robust character in spite of its yellow-gold colour.

At the end of the First World War, English Ales were popular in large parts of Europe. Albert and Victor Moortgat, two Belgian brothers, went to England because they wanted to learn more about the success of English beers. They brought back a bottle of McEwan's Scotch Ale after many adventures! The Moortgat brothers contacted Jean de Clerck, a Belgian pioneer in brewing beer. The three Belgians put their wise heads together and created a beer inspired by the new English discoveries and the Belgian tradition in brewing beer. During the tasting someone shouted ""this is a real devil!"" and thus, the name of the beer was born! The first Strong Golden Ale was light, fruity and looked like any kind of lager, but after a few glasses it was soon noticed that this tasty beer is no less than 8.5% ABV! They designed the famous tulip-shaped glass for the ultimate taste experience.

Founders is a Michigan brewery founded by Mike Stevens and Dave Engbers. It all began in 1997, when the two protagonists (then employees) decided. Founders is a brewery in Michigan, founded by Mike Stevens and Dave Engbers. It all started in 1997, when they decided to leave their respective jobs to pursue their dream: opening their own brewery. However, their first brews were not a success, although they were made with care and precision. There was little difference between them and other beers out there. They were soon on the verge of bankruptcy. Mike and Dave had even bought a wood burner in case the brewery was closed, so they could continue brewing! They decided to brew one last beer, and to proceed according to their own tastes. This turned out to be a hit - Dirty Bastard - a much more innovative, complex beer, with 7 different malts with extraordinary aromas and flavours. By brewing beer they love themselves, Founders is now in the top 100 of the best breweries in the world. Another interesting fact about the way they mature their top beers - their kegs are 25 metres underground in old renovated mines! 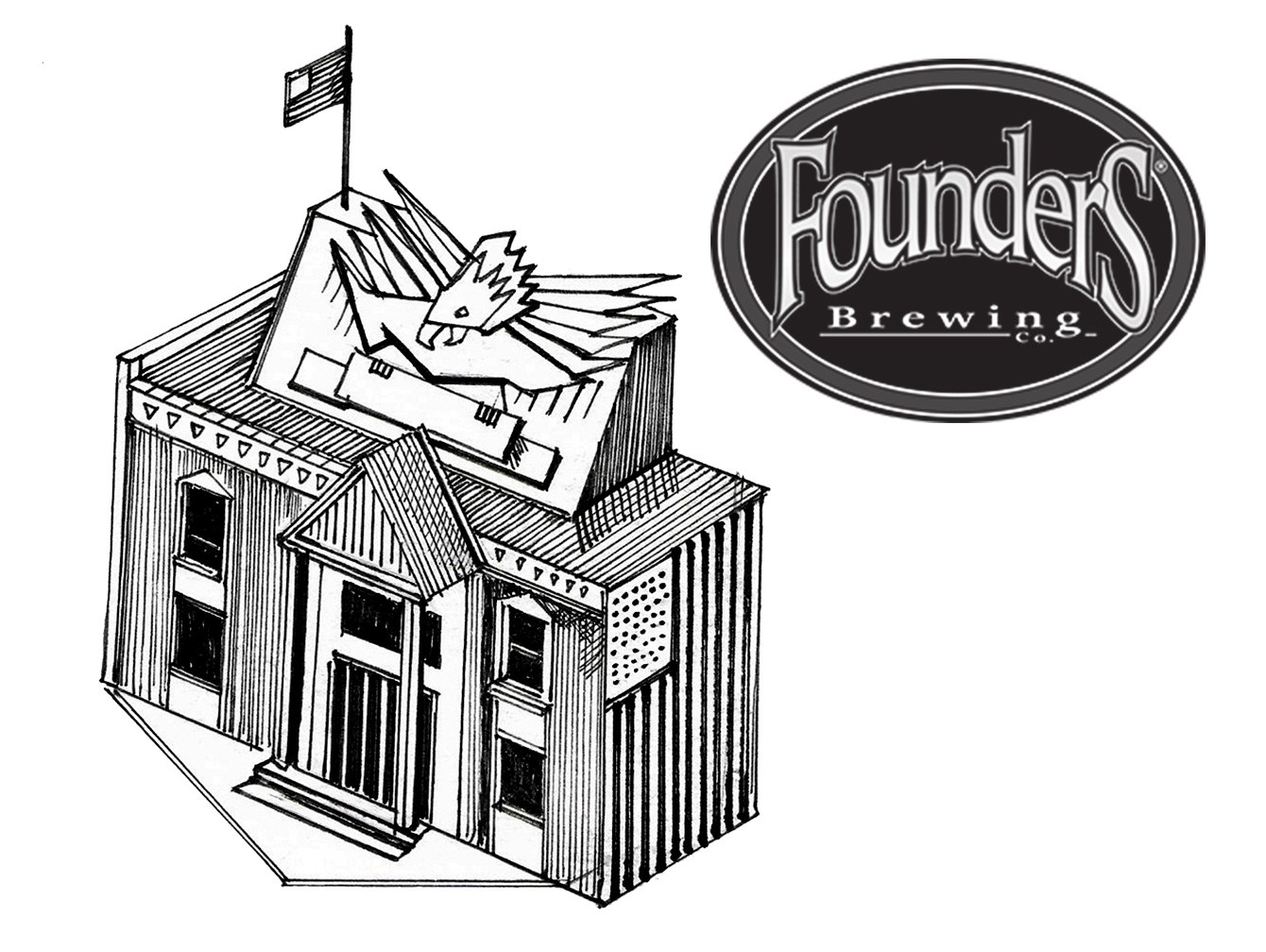 When it comes to food pairing with this one, again you don't need to get carried away. It is the kind of beer that can be enjoyed on its own, or even with chocolatey cookies - if you're feeling you really want a little extra! 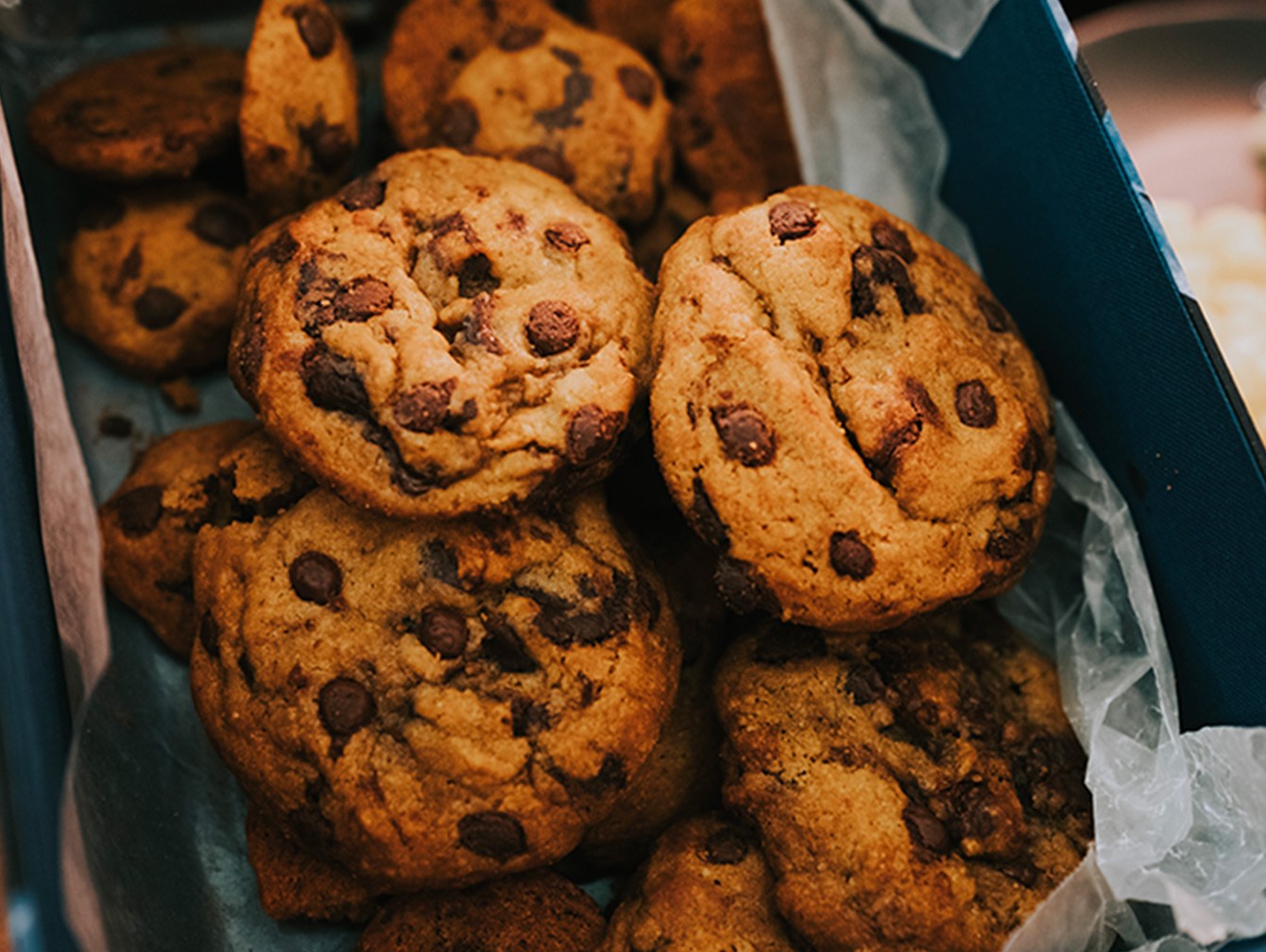