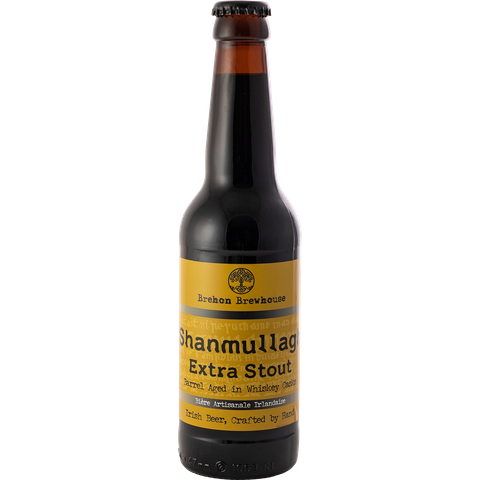 You've opened the last door today on the calendar, and you're about to drink the last beer of the Beery Christmas Beer Advent Calendar for 2020. We'll end the journey of discovery with the Irish brewery Brehon. On the first day we started with a brick, today we end with an entire fort that we've built over these last 24 days!

Shanmullagh is the name of a fortress in Ireland. (By the way, we hope that your knowledge of specialty beers is just as solid by now!) But the time has come to open Shanmullagh - a Foreign Extra Stout.

Shanmullagh is almost as black as a classic Stout, but if you look closely, it's dark brown. The aroma is full of spices and woody, molasses-like and slightly acidic notes, coming from the roasted malt.

On the palate you will find a whole range of flavours such as chocolate and coffee, spices and wood. Shanmullagh has a delicate whisky flavour as it has matured in whisky barrels. The bitterness at the end is dry, with roasted flavours that have a real warming effect.

With this last beer, our daily discovery and beer tasting comes to an end (I know, we're gutted too). We hope though that this has given you as much inspiration and pleasure as it has given us! On our site you can find a wide range of unusual beers in many styles, so we hope to see you again soon. We wish you a very Merry Christmas!

When it comes to Stout, Guinness is, of course, never far away. This beer was one of the first beers to have this ""extra foreign"" version in 1801. You can still find it today - it accounts for about 40% of the world production of Guinness. Foreign Extra Stout is often confused with other variants of the Stout family, such as Foreign Export Double Stout or West Indies Porter, which are similar in appearance and taste, but not the same. The biggest difference is the bitterness and alcohol content of a Stout. In other words, how much hops and alcohol are added.The Foreign Extra Stout was also originally brewed for export, and is therefore a powerful beer.Foreign Extra Stout is made by the Irish brewery Guinness and has more roasted aromas than the other similar styles.The beer was a great success and found its way all the way to Africa! It became so popular that the brewery decided to launch it in Europe as well, which was quite unusual for a Stout or Porter in an export version!

To celebrate this last day and to end the adventure on an appropriately brilliant note, we will take you with us over to Ireland before we depart for our Christmas festivities! We'll walk along the stone walls in a lush, green landscape, to arrive at Brehon, the Irish brewery. It all started with Seamus McMahon, a farmer who ran a family business. In order to diversify his activity, he had the idea of brewing his own beer, and carried out this challenging project in 2013! The special thing about these beers, is that in every bottle, a part of the tradition can be found. The brewery is located a few meters away from their parental home and keeps the close ties with the country. The name Brehon comes from an old Irish law that allowed every clan in Ireland to brew its own beer. The brewery's first beer, an IPA, was called Stony Grey. An inspiration for the work of the poet Patrick Kavanagh, who was born not far from McMahon Farm. Each beer name is a reference to Irish culture, and each beer strives to be connected to the place of the brewery or inspired by the world of the farm. This doesn't stop Brehon from offering a varied and interesting range of craft beers, ranging from IPA, Amber Ale, Oatmeal Stout, Pale Ale and many more! 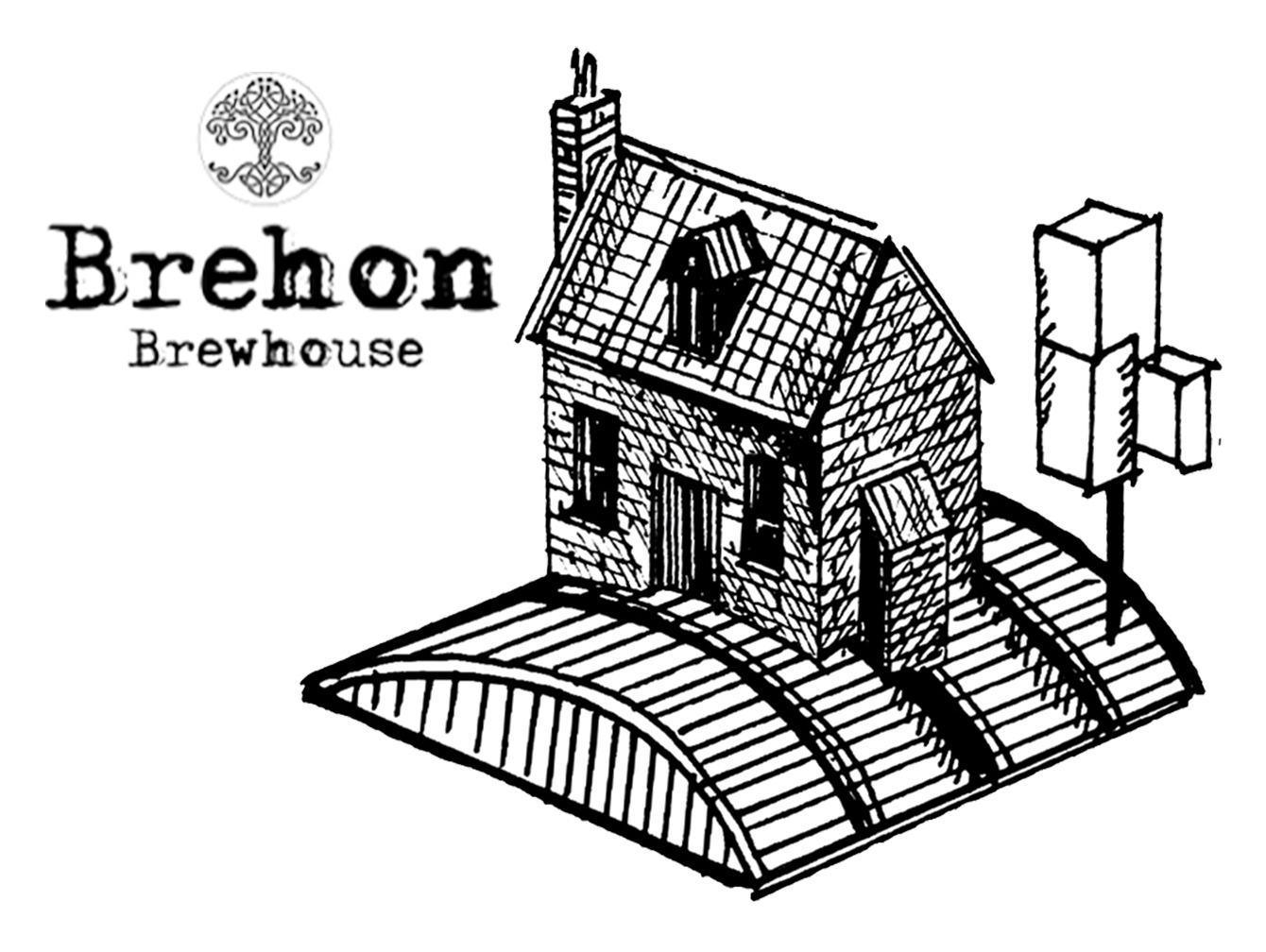 This beer will be the perfect accompaniment to your that box of chocolates you've (maybe) still got sitting on the side on Christmas Eve. If you like to really experiment with food & beer, dare we suggest you try it with oysters? Honestly, you might be pleasantly surprised!