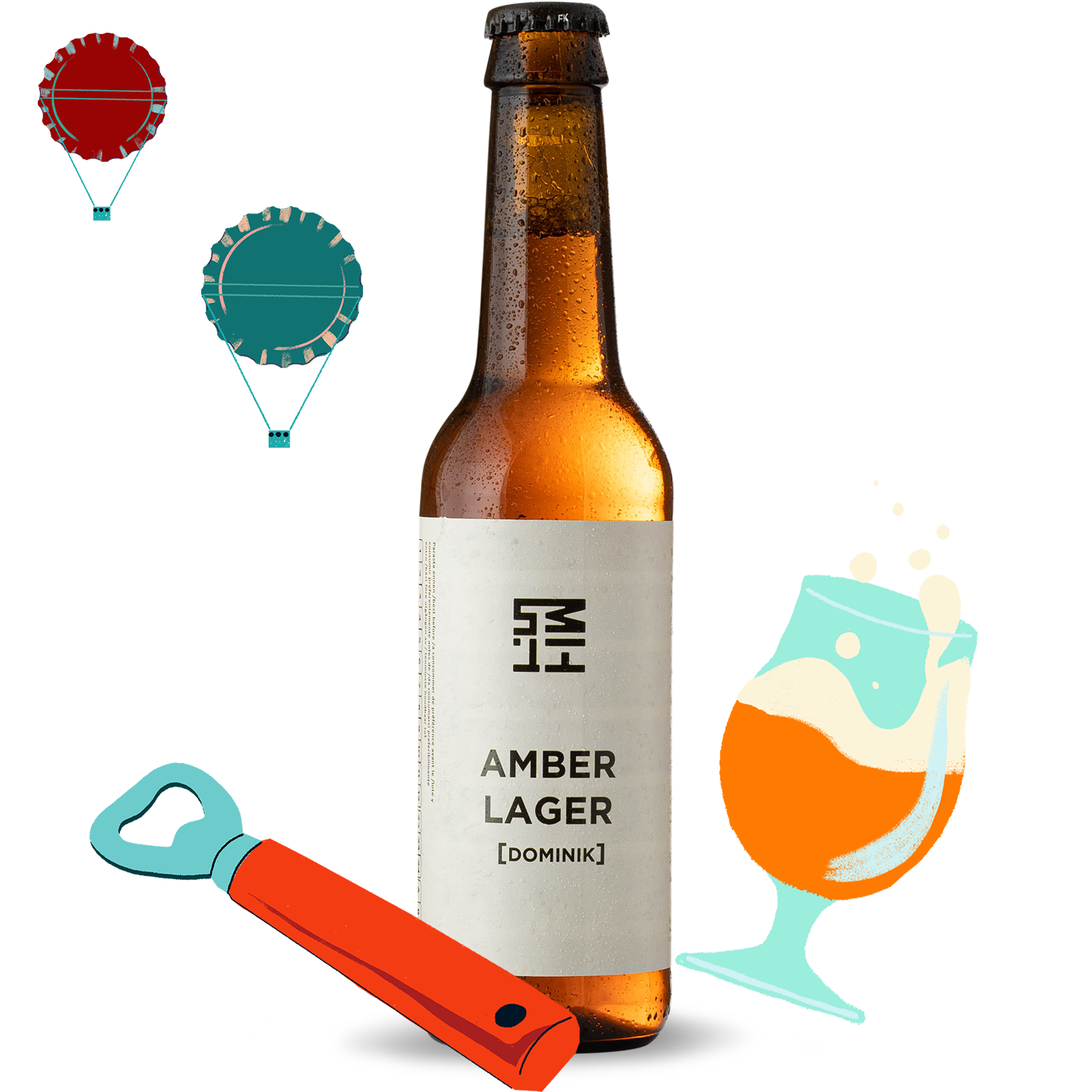 This third day marks the first lager - meaning it's 'bottom fermented', as opposed to a 'top fermented' ale - of this year's Beery Christmas. Lager fermentation makes it possible to offer beers that are perfectly balanced between all their ingredients, usually with a clean flavor profile. Brewing these types of beers requires a lot of attention. The slightest flaw will be felt in the glass right away! We wanted to get the ball rolling with a Czech Amber Lager. A style from the Czech Republic, a beautiful bastion of beer from which the Saaz hop comes. It's a so-called noble hop, because it was one of the first to be cultivated more than 700 years ago! To give you the most authentic beer possible, we've partnered with Smith Street. Anders Wikén and his team have approached the best suppliers they could find for this Dominik which will take you back in time! Expect a dark amber body with copper highlights. The nose has the herbaceous character of the Saaz that you can find in all the traditional Czech lagers. Warmer and sweeter notes will also invite themselves thanks to the malt. The brewery used a malt derived from the Haná malt, used to brew the first Lager from the Czech Republic! Malted on the ground like the old tradition, this work will bring aromas of bread, honey, hazelnut with more caramelized notes compared to other malt blends. On the palate, it is sweet but attenuated by the lightness of the beers body. It starts sweet and then ends with the typical bitterness of Saaz. You can find the herbaceous notes but also the honeyed character of the malt. This is the type of beer that will seem so simple and straight forward, but in truth hides all the real work of balance and attention that goes into its brewing. Here Smith Street offers us pure beer with great respect for Czech tradition and the ingredients used. Remember: easy to drink doesn't mean simple to brew!

Czech Amber Lager
Check out this beer
The style

In the 19th century, Europe was in the midst of the industrial revolution. During that time, we saw the appearence of many innovations that have benefited the development of beer, especially in England, and definitely when it comes to malting and preservation. Some of these techniques were taken home by a certain Dreher, an Austrian guy, that developed the Vienna Lager style. A brassy beer with a juicy malty character, the Czech Amber Lager is it's little sister with a significant variation: the use of Saaz hops, typical of the Czech Republic region! This hop will bring earthy and subtly herbaceous notes to this lager.

The Swedish Brewery Smith Street is a great choice to experience the original flavors of different styles of beer. During these 24 days, we give you the different characteristics of each style, but don't forget that the breweries then make their own interpretations of it. At Smith Street, the philosophy is to stick to the typical style with the right ingredients. These brewers don't hesitate to approach small malt houses that do everything by hand, or to find old yeasts that get closer to the taste of yesteryear. This project is led by Anders Wiken, former right-hand man of Oppigards (with whom he still collaborates), who strives to delight us through this journey in beer, without compromising on innovative recipes! 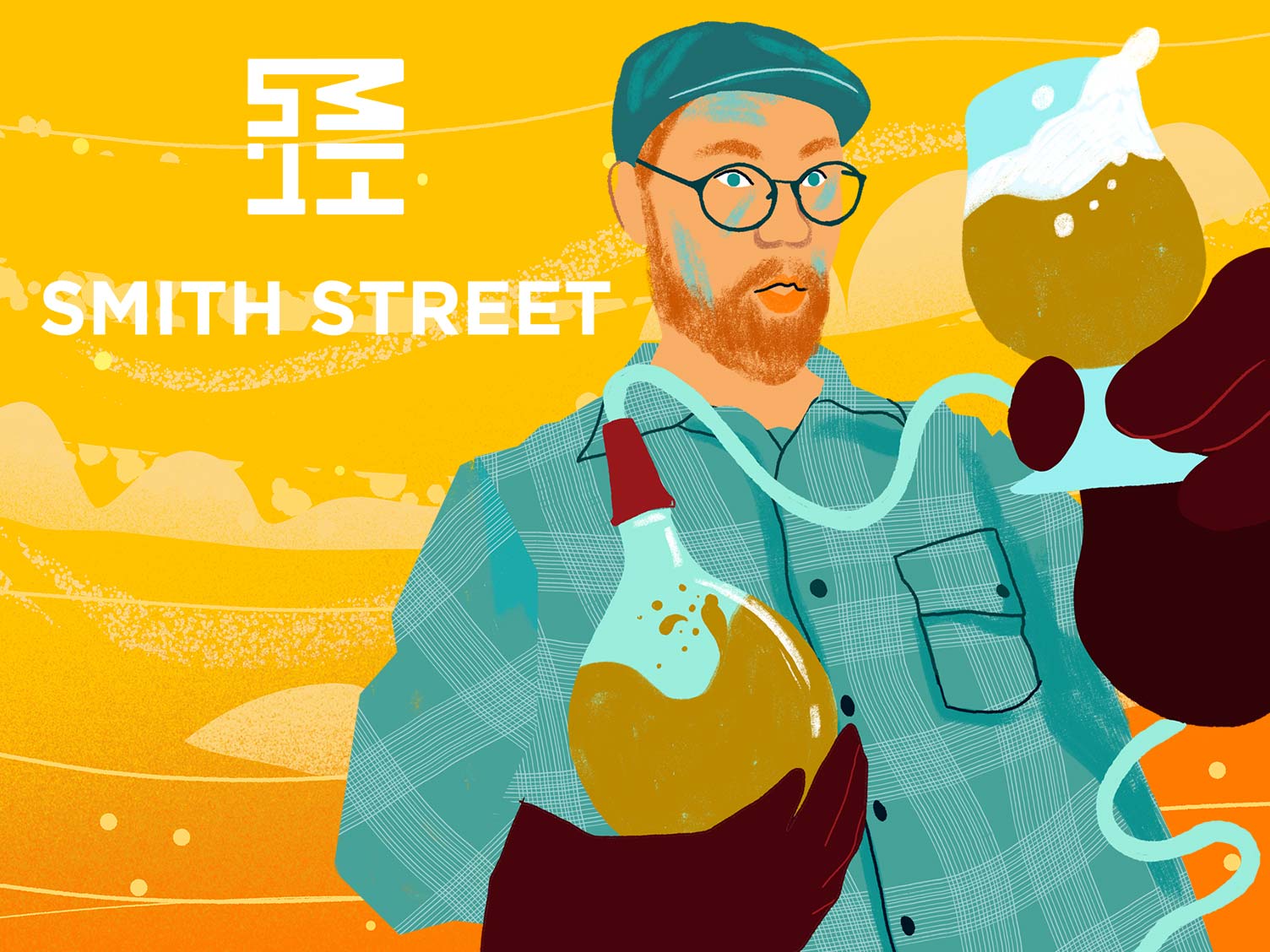 If you want to continue the tradition of the Czechs, know that they like to pair their beer with a good buttery mashed potato! If that seems too light for you, a good cutlet or other meat with breadcrumbs will do. And if you are in the mood for adventure, a little seafood will pair perfectly! 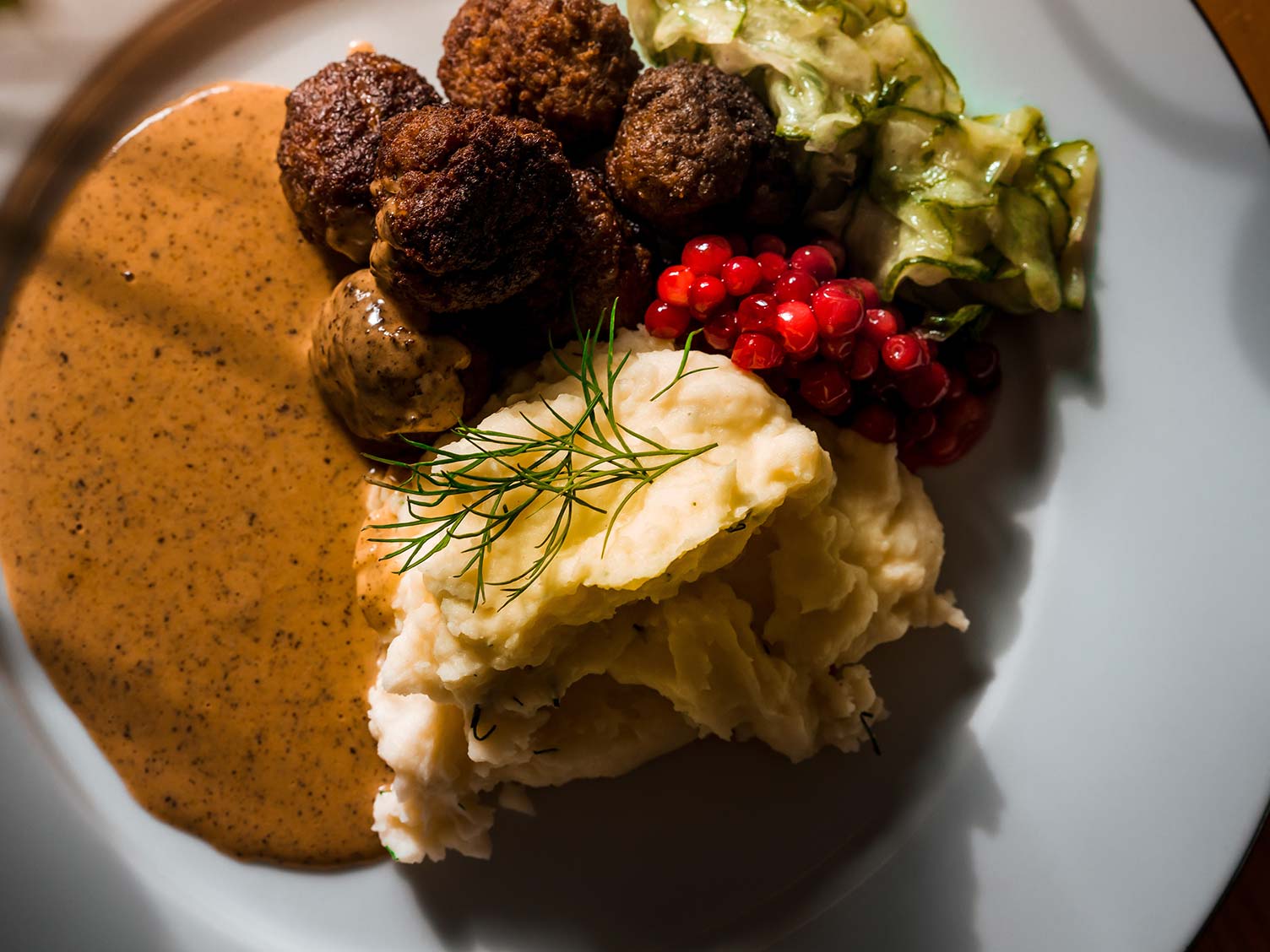