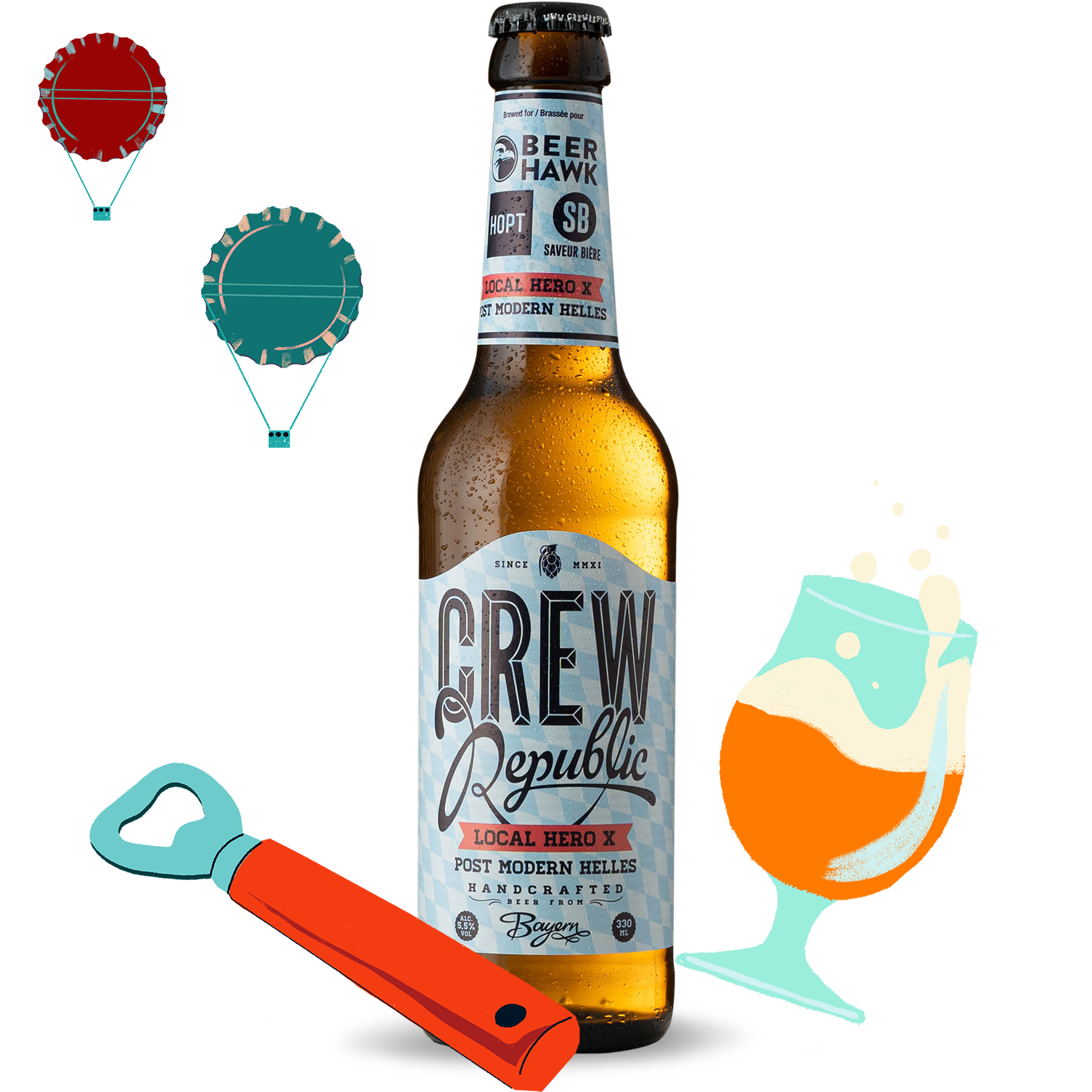 Guten tag! To start the week, we're heading to Germany with the Crew Republic team! There, beer is an institution since it experienced one of the first European food laws with the Reinheitsgebot. A law dating from the 15th century which specifies the ingredients to be used in brewing, namely water, malt and hops, no more and no less (at that time we did not know the role of yeasts). A decision that made it possible to avoid “far-fetched” recipes that could make you sick and make German beer a guarantee of quality. Although today this law of purity shows more flexibility, some brewers continue to respect the tradition. We are therefore going to discover this German know-how with the Local Hero X! Just by seeing the dress, we know that the brewery has succeeded in its brew. By reading the description of the style, you know that the Helles must have a golden, crystalline, shiny and very sparkling dress. We don't forget that this style was created to make people forget the Pilsner of the time! On the nose, you will have a little delicacy brought by slightly sweet notes. Here, the malt is very present by bringing its cereal aspect with in addition good notes of honey. Without forgetting, of course, the herbaceous notes typical of German hops! The sparkle in appearance is found in its crispy side in the mouth. We find the gluttony of malt with its white bread side covered with honey. To qualify the sweet side, the green hints of the hops will bring a little bitterness. We are clearly on a Helles beer made to fit into the daily consumption of Germans. Even if the Reinheitsgebot tradition is respected, Crew Republic did not hesitate to add a modern touch with dry-hopping for a more marked expression of local hops! Like what we can mix tradition and modernity!

Helles
Check out this beer
The style

We are back in the 19th century. At that time, the Pilsner reigned supreme in the brewing world. Germany rebels and decides to regain its former glory as the patron saint of beer. The Spaten brewery draws the first. It will play on the same table with a Lager even more golden than Czech beers but with a more reasoned use of hops (generally floral, spicy or herbaceous) to balance the malt and nuance its sweet notes. The ultimate refreshing daily beer: Helles! A decision that teases the Munich Brewery Association where the Dunkels are THE beer benchmark for them. But it is already too late. This new beer sounds revenge and floods Germany and other countries! Today, Helles are consumed much more in Bavaria than Pilsner. It is even said that it was this beer that caused the Steins, traditional German opaque glasses to be abandoned in favor of transparent glasses to let us admire the golden and crystalline dress of the Helles!

If there is one country that takes beer brewing seriously, it's Germany. In 1516, the then Duke imposed a law that only allowed the use of barley, hops and water in the composition of the beer (yeast was unknown at the time). We know this law as the Reinheitsgebot, which did not allow for an enormous variety and freedom in the recipes. Today the law has become more flexible (depending on the regions), to the delight of modern breweries such as Crew Republic. Founded by two beer "pirates", Mario and Timm, this brewery launched a beer revolution to break away from the standards of German beer. Their method? Emphasise the best of each ingredient by mixing tradition and innovation, to create new beers that have never been brewed in Germany! 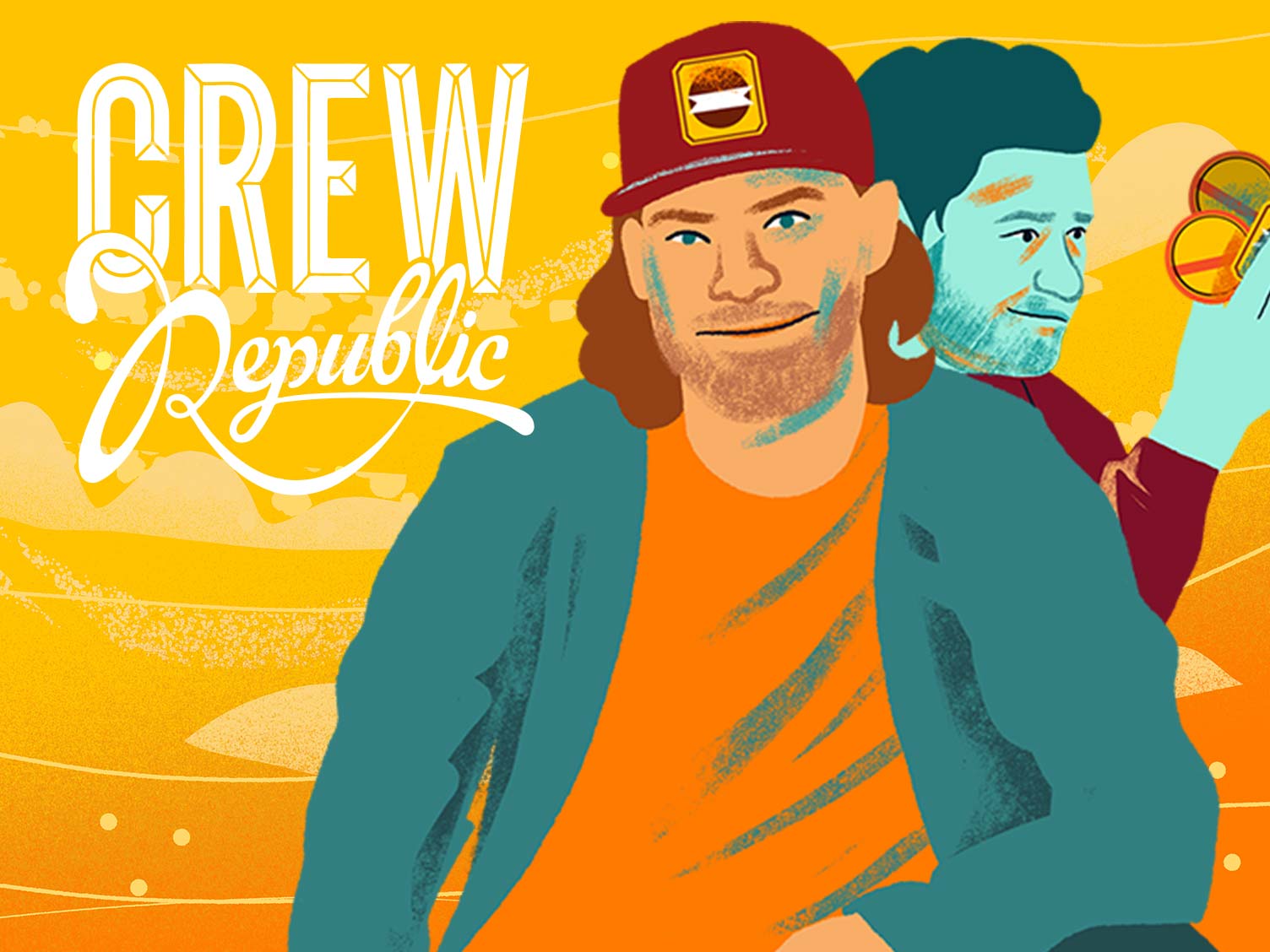 If we follow the German tradition, a Helles is accompanied by Knacks sausages with mustard and a little pretzels. You can also opt for the sea side with sushi that will accompany the delicacy of the beer or a toast of smoked salmon! 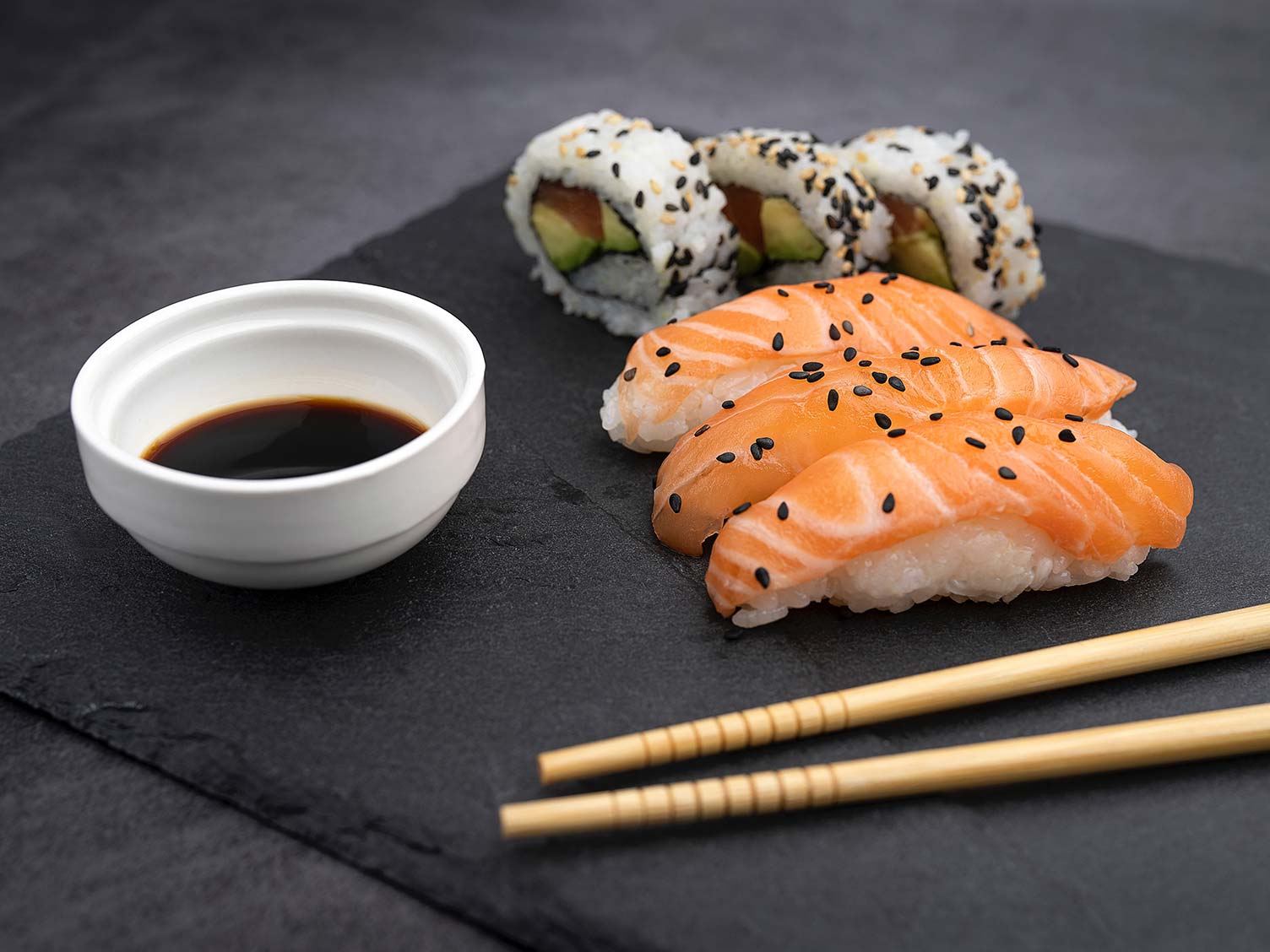