We hope you have thought about renewing your passport because we will be traveling this Friday. Direction New Zealand via Scotland! The Yeastie Boys Brewery has teamed up with the Scots of Loch Lomond to create a quality New-Zeland Pilsner. Perhaps this oceanic destination will surprise you, but you should know that many very aromatic hops grow there, including Nelson Sauvin. That's good because this hop is present in this Pretty Green and will allow us to continue exploring our hop adventure! In your glass, the identity of the Pilsner will assert itself with its golden dress but with a slightly cloudy appearance. The nose will immediately put you in the bath of New Zealand hops. The Czech Pilsner expresses itself on herbal and discreet notes but its New Zealand cousin will be much more expressive on the tropical fruit! We can therefore find guava as well as more assertive notes of grapefruit zest and lemon. The Nelson Sauvin will also bring its notes of sauvignon blanc and currant. In the mouth, we find the crispness and lightness that we appreciate in the Pilsner. However, the attack is much more lively with a big wave of freshness. It's time to take out the surfboards! We find the citrus zest side which will dry out the mouth with its long and present bitterness to make us want to 'come back' during the tasting. You have in your hands all the identity of New Zealand beer! The two breweries have made us a great collaboration and allow us to realize the power of hops in terms of its bitterness and its aroma. And just on this theme, there is still a lot to discover between German, Czech, English, French, American hops etc ... each country has its own character!

New Zealand Pilsner
Check out this beer
The style

Since the start of the Beery Christmas, you have encountered different types of hops, especially American varieties. There are also New Zealand varieties that are very popular with brewers! Hops in New Zealand developed along with the arrival of British settlers in the country. The latter bring hop plants in their luggage and bring them to the Nelson region. The weather is favorable there for the cultivation of hops which quickly becomes a lucrative business! In the 1960s, growers decided to develop their own varieties. The result is hops with a rich aromatic profile and unique notes. We can talk about melon notes from Motueka or notes of sauvignon blanc and currant from Nelson Sauvin. In total, around fifteen varieties of New Zealand hops are being developed and are now exported around the world. From the 80s, local brewers decided to brew beer to get out of the shackles of lagers with little flavor. The New Zealanders, not very resentful, are reconciled with them thanks to their hops. They decide to combine the two to brew light beers with a delicately tropical character to bring New Zeland Pilsner to life!

For New Zealand resident Stu McKinley, it was difficult to stock up on tasty, craft beer. His solution ... to stir up himself! For this beer romantic, always amazed by new hoppy discoveries (even with more than 25 years of career), brewing recipes seen and reviewed was not an option. We had to make some noise! Yeastie Boys was born. It is notably with the Kettle Pot Black, a Hop Porter, or the Gunnamatta, an Earl Gray IPA, that he and his team succeeded in carving out a place in the brewing world. The kind of creative madness that we appreciate at Saveur Bière! In the land of tropical hops, Stu decides to expand and open a brewery in England with a crowdfunding. The dream comes true, of brewing from one end of the world to the other for the greatest pleasure of tasting a fresh and creative beer! For Beery Christmas, the brewery is joined by the Scots of Loch Lomond! A brewery created by a couple of brewers, Fiona and Evan Maceachern, in 2011 and based near beautiful Lake Lomond (hence the name)! 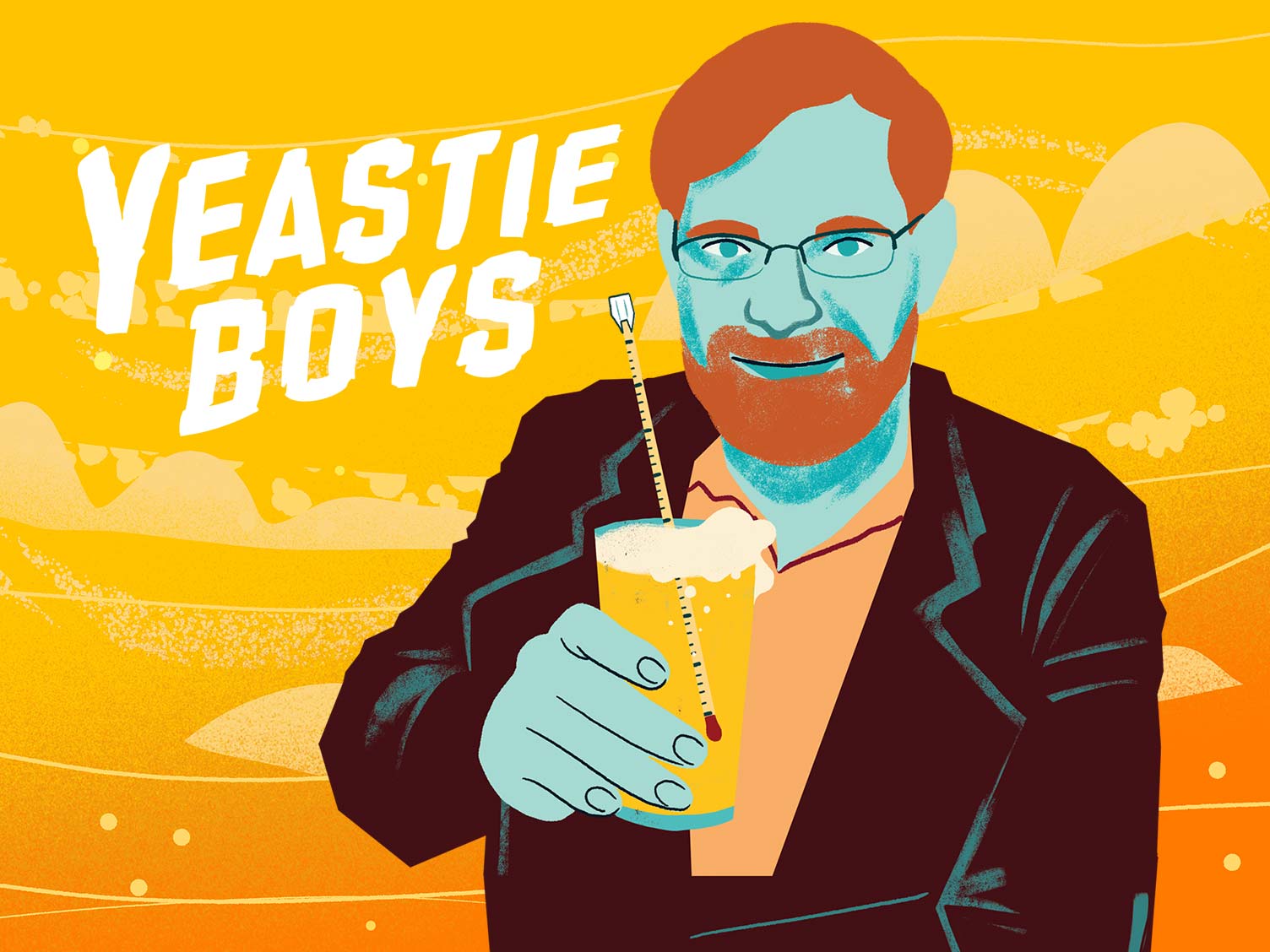 The bitterness of this Pretty Green goes perfectly with fried seafood. You can go with fried squid or if you are really hungry, a good fish & chips! 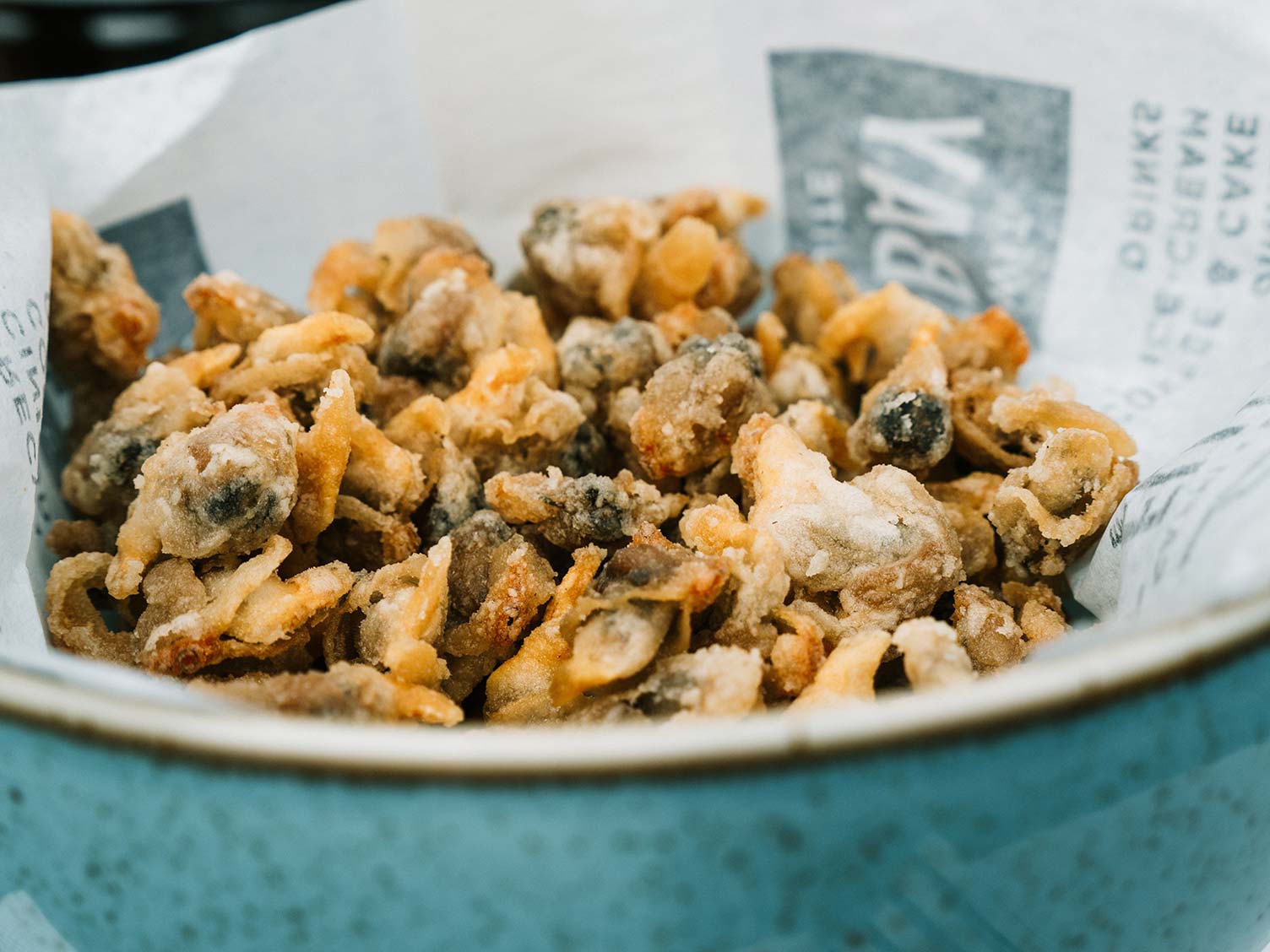