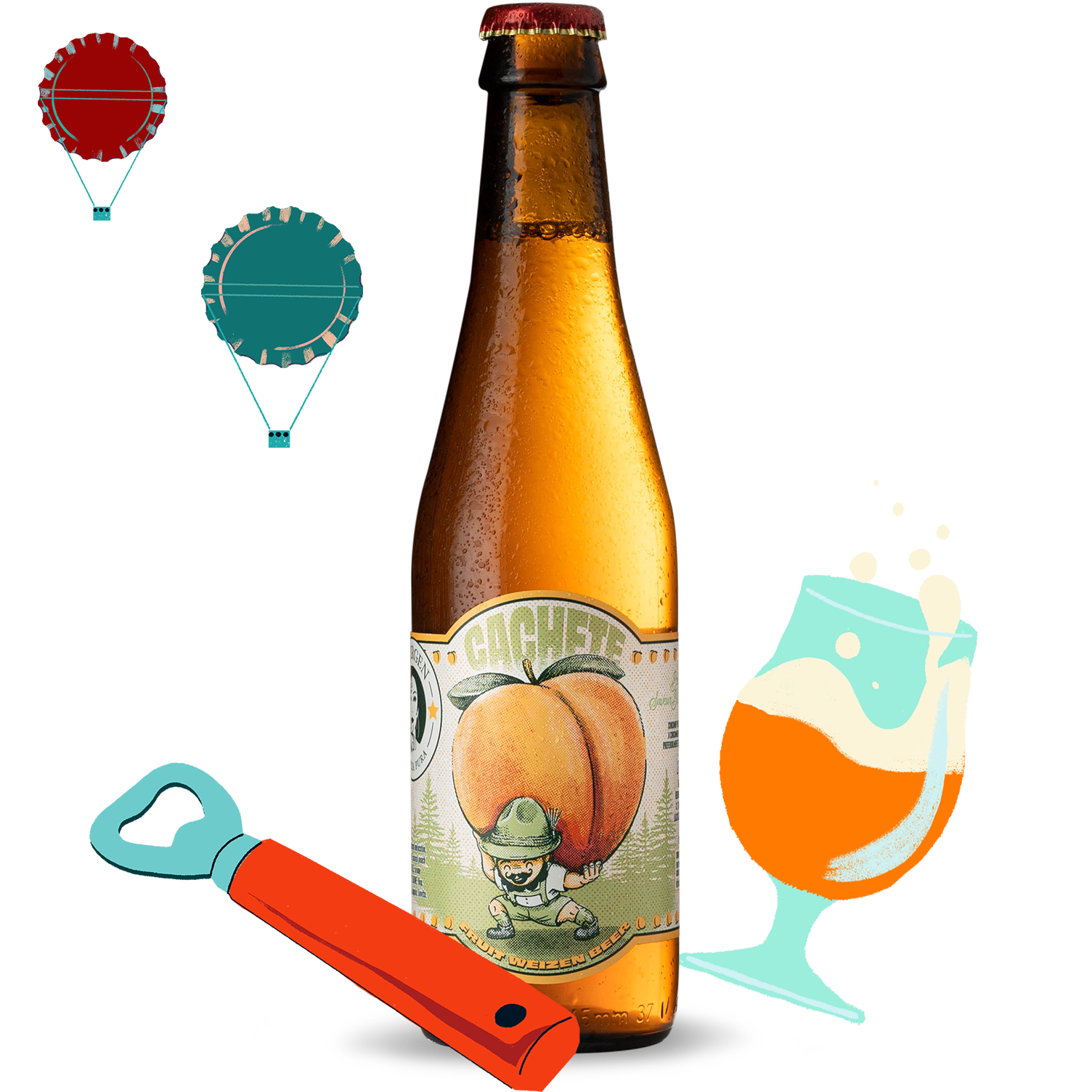 We hope you enjoy some fishing, because there will be some in this Cachete de La Virgen! We counterbalance the very spicy day of yesterday's gruit with a little fruitiness in a German-inspired wheat beer! As a German brewery would like, this Hefeweizen (name given to their wheat beer) comes with a golden and troubled body. Another shot of wheat malt! Perhaps you have already felt it when decapping… It smells of fruit! And unsurprisingly, it smells of peach! We are at the same time on the fruit but also on a more guilty pleasure with the “candy” side made from an addition of peach sublimated by notes of tropical fruits. In the mouth, you will also have this fruity and slightly sweet side. Bitterness is hardly present to leave room for all this gluttony! Our Spanish brewers also brought the German character to the Hefeweizen with some spicy notes. The banana composes a fruit salad and the cloves mark the highlight of the show with a subtle expression at the end of the mouth. Far from the bitter character that we tend to assimilate too much to beer, La Virgen also shows us its malleability by breaking out of the traditional tetraptych: water, malt, hops, yeast. If beer grew on the trees, Cachete could be one of their wonderful summer fruits!

Fruit Weizen
Check out this beer
The style

We have seen Witbier, a traditional Belgian wheat beer based on the addition of herbs and fruits. Here, it's the traditional German version, also called Hefeweizen, whose structure is particularly strong on yeast. German yeast usually provides esters which give fruity notes (often banana) and phenols which give spicy notes (usually cloves). You will therefore find some in the Hefeweizen which is also seen adorned with a murky robe. Wheat beer was consumed for a long time and then abandoned before its revival in the 19th century thanks to the Schneider brewery. Fruit Weizen could blend the Belgian and German tradition where the yeast character of Hefeweizen comes together with the addition of fruit. P.S: We often speak wrongly about white beer because of a bad translation as white and wheat in German are pronounced almost the same way. You can see it clearly since these 11 days of tasting: the color has nothing to do with the taste!

Back now today to Spain, to the capital - Madrid! Although Spain has a strong wine culture, beer is king in Madrid! You can drink 'cañas' that go hand in hand with tapas, with the inhabitants of this city known for their friendliness! However, the story of La Virgen begins in San Francisco, with the meeting of 3 Spaniards who lived and worked there - Ana, Jaime and César. All three shared an unconditional love of artisanal beer, and together they decide to plunge into it with heart and soul! They returned to their homeland and started their adventure in 2011 with their first brew, which soon became an utter triumph. They brew in a traditional way, without filtering or pasteurising, out of respect for the fermentation and maturation times. What started as a microbrewery with a capacity of 500HL per year, it has now become the leader of the artisanal market in Madrid. This went up to more than 10,000HL in 2018! And the success of La Virgen is still growing. Today, the brewery employs a team of 50 people with a common goal: 'to produce excellent artisanal beers'. Not going to lie, we definitely agree with this statement. 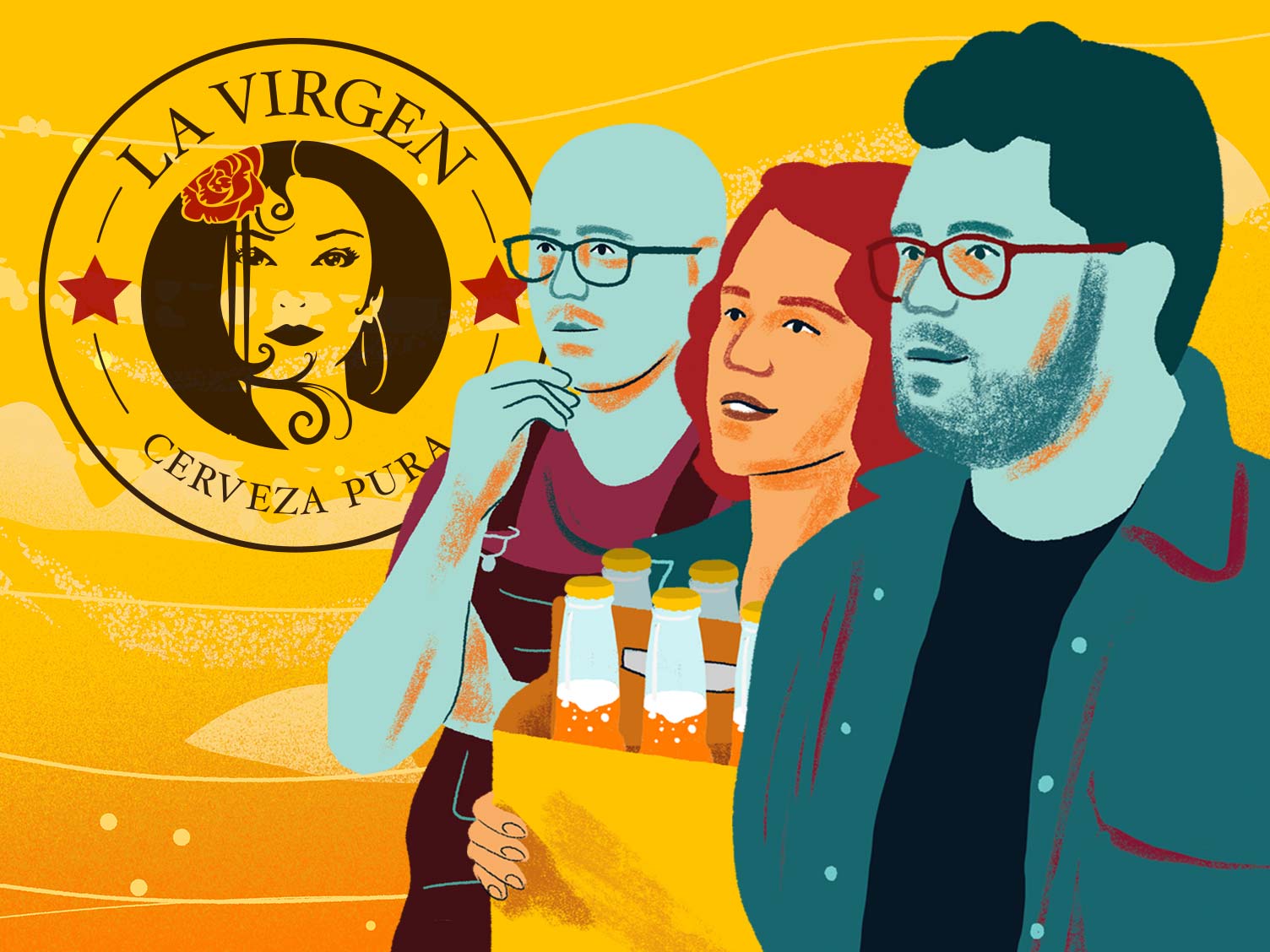 You can counterbalance the fruity side of this beer with sheep or goats cheese! You can also try something fancy with why not prawns or a carpaccio of scallops! 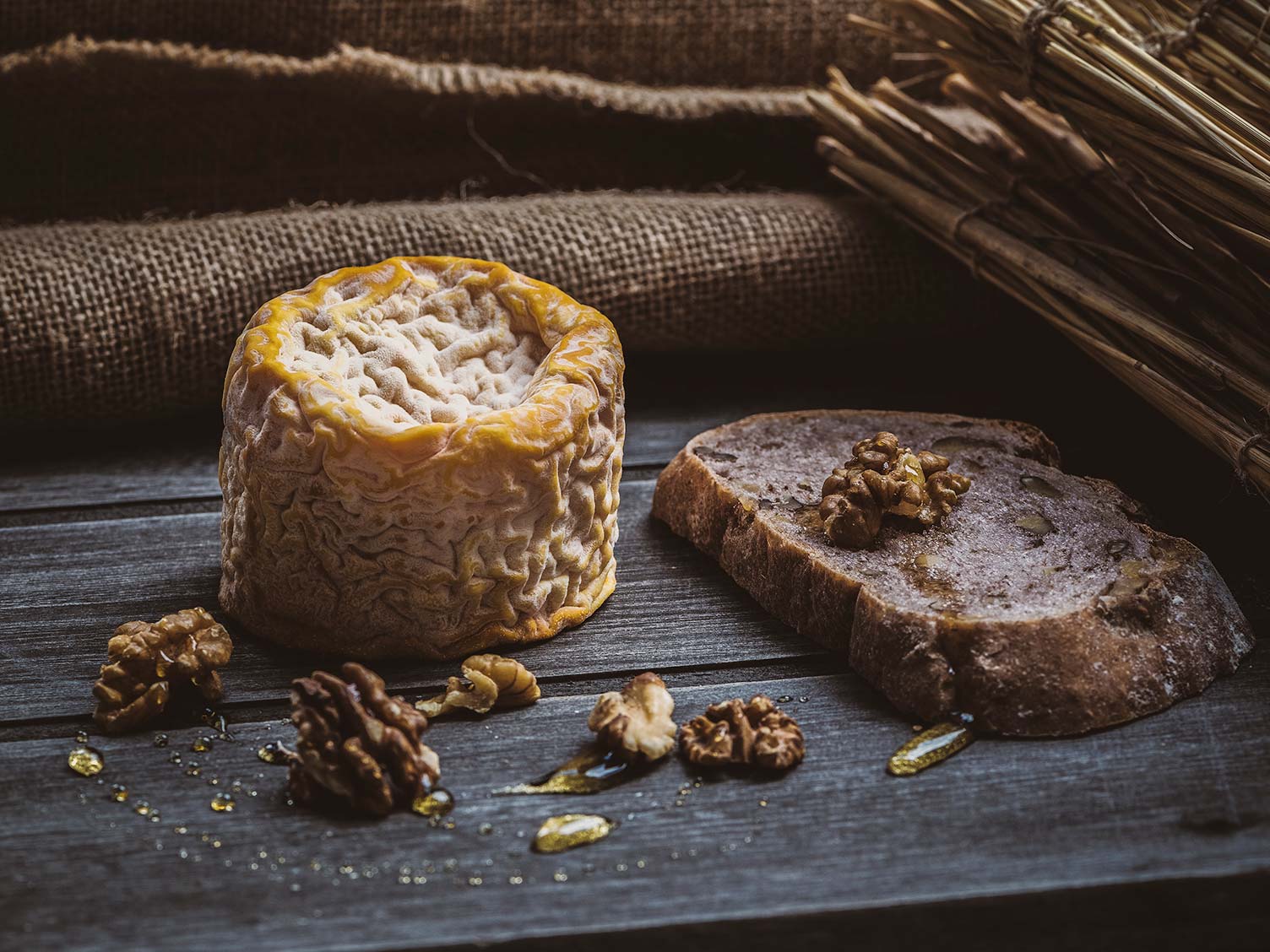