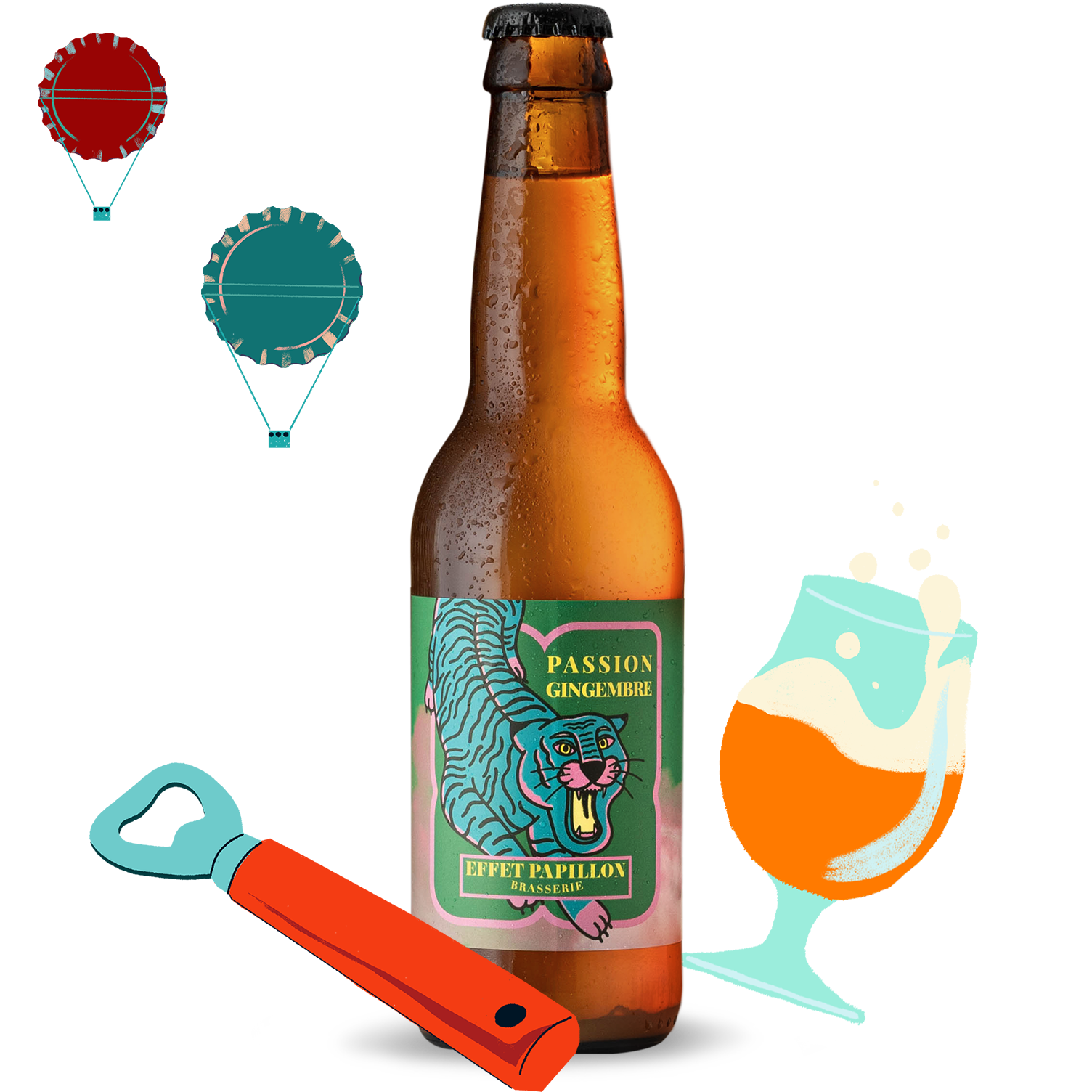 After the black colors of the Balor, we return to more light! Be careful, you will certainly have a reassuring blonde look but not necessarily the flavors you expected. For this sixth day, we called on Mathilde and Jocelyn from the French brasserie Effet Papillon to brew a Berliner Weisse! A refreshing beer with a characteristic that you will quickly perceive thanks to another type of fermentation: mixed fermentation. A technique that uses so-called “wild” yeasts which will bring another panel of flavors and, in this case, a certain acidity! Before you start, we recommend that you pour your beer a little, then lightly shake the bottle in a circular fashion. The idea is get every drop of your yeast out of the bottle and to be sure to have all the taste in your glass! After pouring it out in this way, you'll discover a beautifully milky blonde beer. Now, give it a sniff - you'll quickly understand the finesse of mixed fermentation. The yeasts will help support the floral and fruity notes of the Berliner Weisse. Delicate aromas of passion fruit will waft up your nose. Citrus - especially lemon - is also present. Given the Asian inspiration of this beer, we can even catch a hint of lemongrass! Take a sip, and it's like being hit by a fresh, funky and sparkling wave! You will feel a real connection between what you felt on your nose and what you will find in your palate. This Berliner Weisse returns with its notes of lemon and passion fruit. It's at this point in the tasting that the ginger starts to express itself. The more your tasting will advance, the more this ingredient will take up space and warm your taste buds in this very refreshing beer. This passionfruit and ginger takes us on a journey between Europe and Asia, between the know-how of style and the selection of ingredients that add even more character! We expected no less from a brewery that masters wild yeasts!

berliner weisse
Check out this beer
The style

Berliner Weisse is a refreshing, fruity, and sour German wheat beer from the Berlin region. This style of beer developed gradually from the 17th to the 20th century, but its origin remains obscure. We suspect it comes from French Protestants that left their country in the 18th century for a new life in Germany. Their journey took them through Belgium, country of Oud Bruin and Rouge des Flandres, where they would have learned the techniques necessary to develop the Berliner Weisse. At the height of its popularity in the 19th century, Berliner weisse was the most popular alcoholic drink in Berlin, with almost 700 breweries producing it. The Napoleonic troops passing through the region called it the “Champagne of the North”. It was also frequently consumed with syrup, to make it a bit sweeter. The acidity of Berliner comes from the fermentation of the beer by microorganisms. At the time, the wort was not boiled and therefore not sterilized, allowing microorganisms to pass through giving the beer an interesting acidity. We talk about mixed fermentation because in addition to these microorganisms, ale or lager yeast is used to finish the refining of the beer. We'll later have the opportunity to dive into this in more detail, but the years that followed its peak were not kind to the Berliner Weisse. Fortunately, the American craft beer movement have reclaimed this style and brought it back, meaning now you can find it refreshing brewpub patrons around the world!

The name Effet Papillon translates into Enlgish as Butterfly Effect - illustrating all the chance encounters and combinations of circumstances that led Jocelyn and Mathilde to give up their job and embark on the fantastic brewing adventure that resulted in you holding this very beer in your hand. Relatively new (compared to the others within the Beery calendar), the brewery opened in 2017 in Mérignac, a region of France better known for its wine than for its beers. It is precisely by leaning into this wine heritage that they were able to blossom to quickly become a fine example of French brewing! By playing with barrels - especially ones that used to contain wine - and Brettanomyces yeast, the brewery quickly shaped its identity. A good way to discover this know-how is to open a bottle of their Brett Series. This will give you a great insight into the patience, balance and care behind the work of the team.

Go for a dessert! A cheesecake will match the lactic notes. You can also opt for a chocolate cake to add a little acidity to this delicious sweetness! 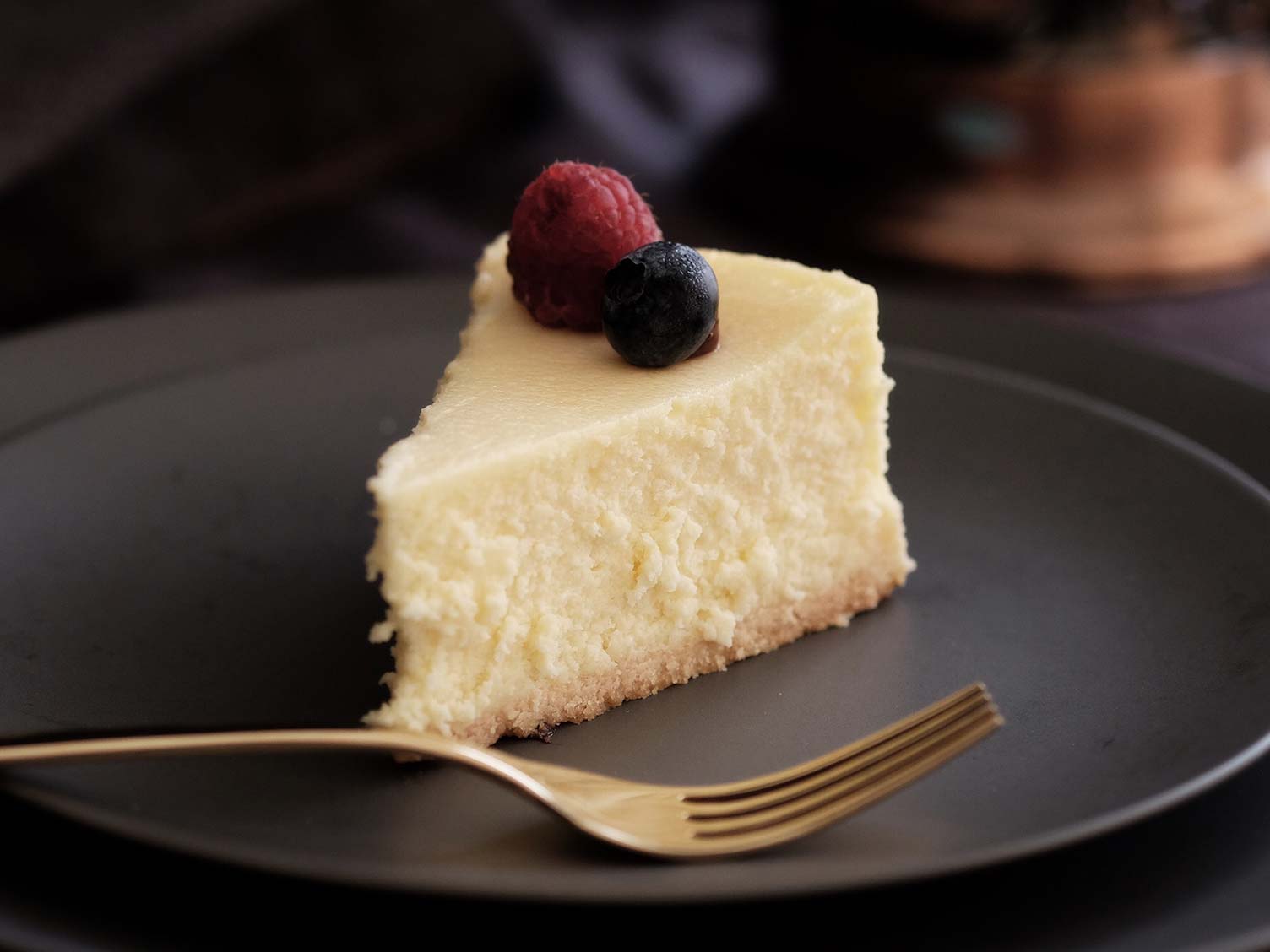