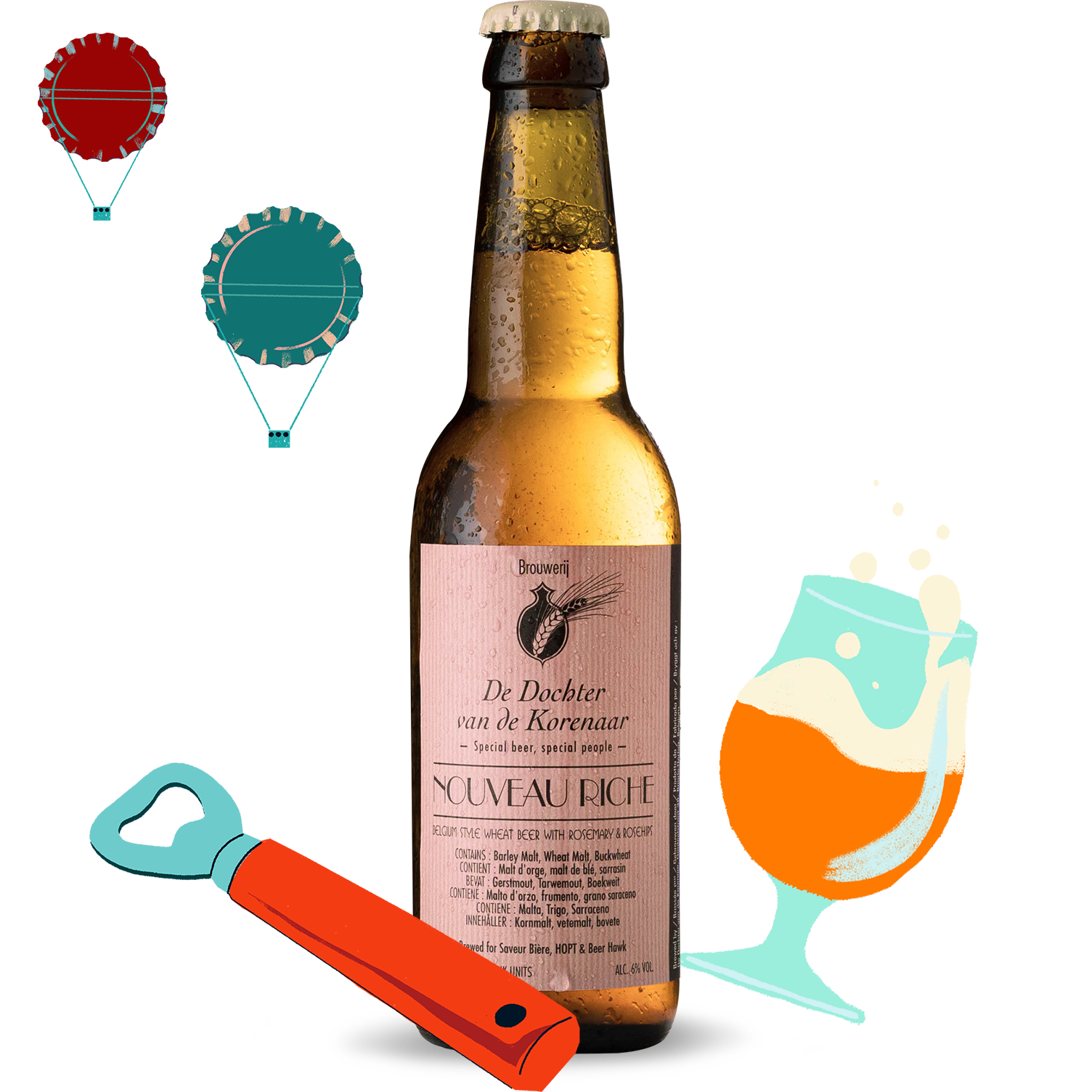 We are leaving England for Belgium, another cradle of beer which also saw the development of Witbier - a style of wheat beer known for its spice additions. Trust De Dochter Van de Korenaar, a brewery with a real know-how on these ingredients, to offer us a twist with their Nouveau Riche beer with rosemary and rooibos. This Witbier is a dark and deep blonde color. The nose is floral - a joyful but delicate bouquet, so take the time to dive your nose in and discover all the subtleties. This is exciting! Can you also find the white pepper and corriander flavors? On the palate, the mouthfeel is striking, fresh and sparkling. However, this initial impression will fade away to leave only a trace of rosemary. It's all very earthy! The whole thing is underlined by a little spiciness brought by the addition of rooibos. Witbier is often appreciated during the summer periods - here though, with the addition of rosemary and rose hips, DDVDK's master brewer Ronald Mengerink offers us a Witbier that will warm you up for the winter!

witbier
Check out this beer
The style

Witbier is a beer made from unmalted wheat. Originally from Belgium, it was traditionally spiced with coriander or orange peel because it is way more affordable than hops! Created over 400 years ago, this style of beer almost disappeared in the 1950s. We owe this rescue to Pierre Célis. Who is Pierre Célis, are you going to tell us? Well, he was a milkman… who also worked in a brewery! In 1966, he opened his own brewery called Hoegaarden (which was THE capital of Witbier), allowing this style to regain its lost reputation. After that, he moved to Austin to bring the Witbier style to Americans. He ended his days there, leaving the keys to the brewery to his daughter. When you taste this refreshing summer beer style, don't forget to raise your glass for Pierre!

The name 'De Dochter van de Korenaar' comes from a quote from Charles V, the Holy Roman Empror, who said he preferred the 'juice of the daughter of the Ear of Corn' (meaning beer) to the blood of grapes (wine). Behind DDVDK, you will find Ronald Mengerink, a beer enthusiast who runs this family brewery with his wife. Their motto is: beers brewed with love, attention and always with an eye for detail. If we had the hard job of singling out only one amazing quality about DDVDK, it'd be the sheer elegance of their work. The use of special ingredients such as rosemary or rooibos, the adoption of original gin casks to give the beer a certain extra 'je ne sais quoi', and even the use of French names make it feel like a carefully crafted work of art. Far from just being for appearences, all these things help create beers that perfectly compliment the brewery's specific style, and will delight flavor adventurers like yourself! 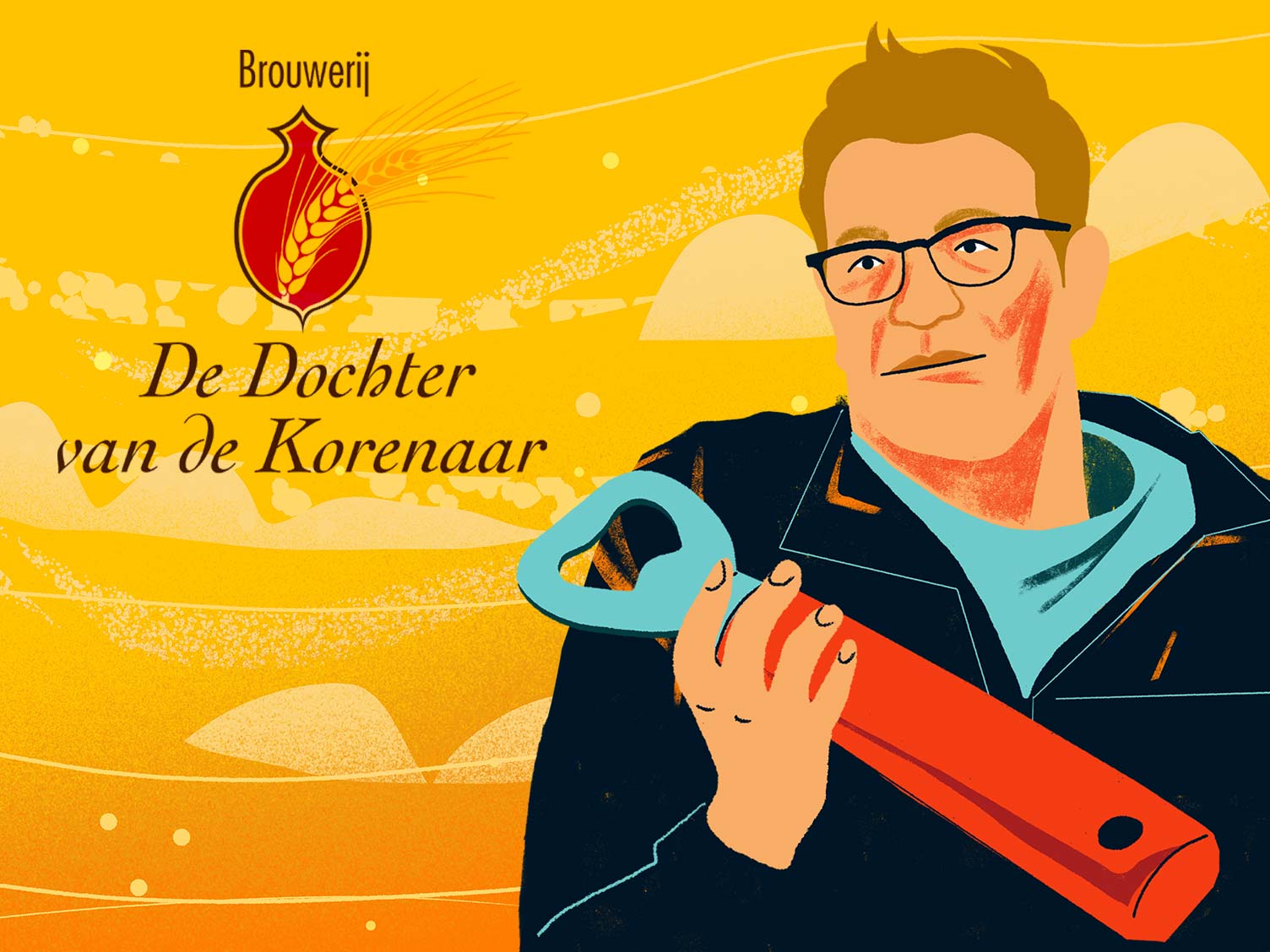 With such a spicy character, you might as well jump at the chance! Accompany this Nouveau Riche beer with something decadent like lobster or sautéed shrimps, for example. You can also leave Belgium for Thailand with a Pad Thai or any other spicy and light dish tempered with coconut milk. 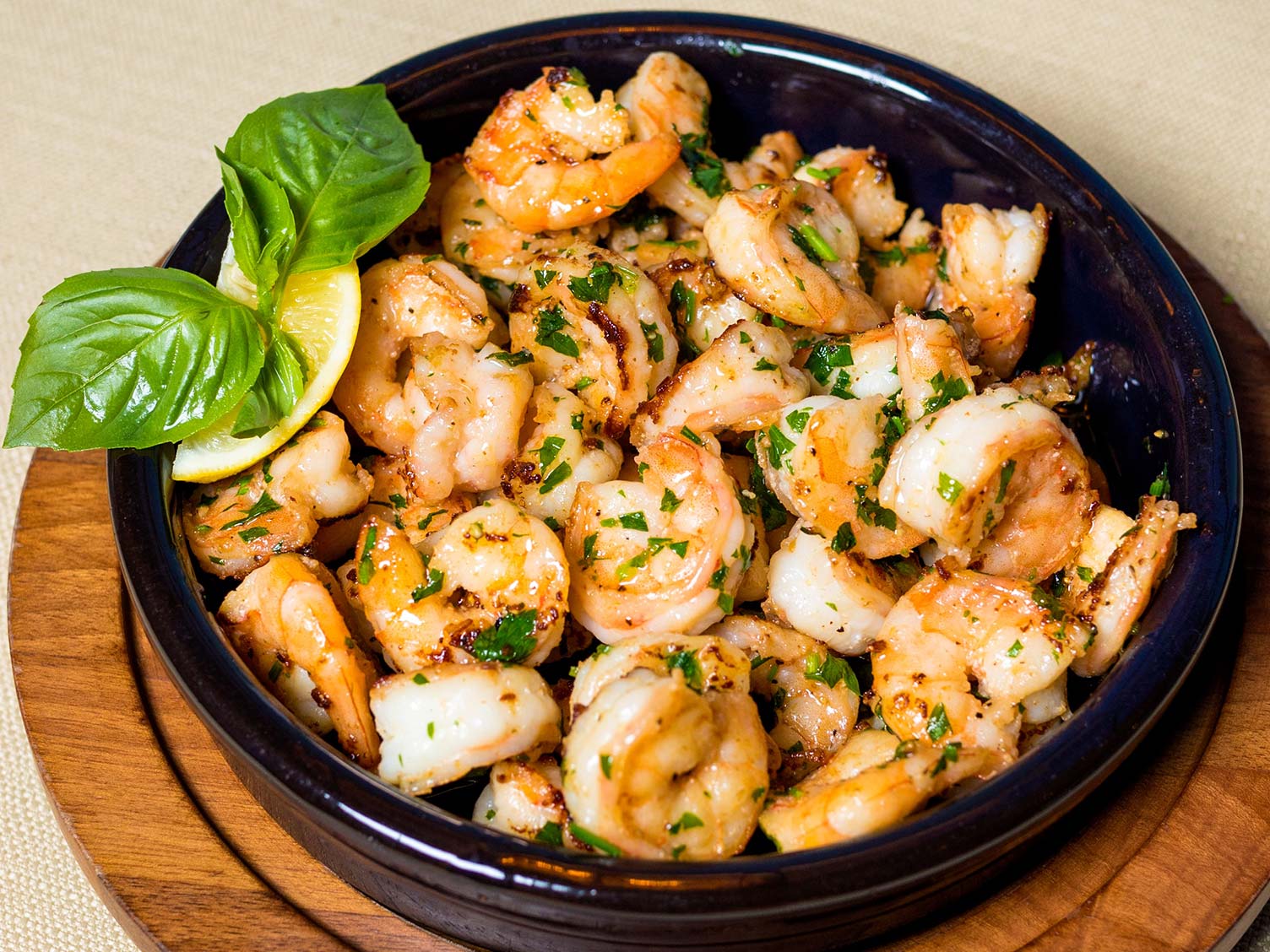