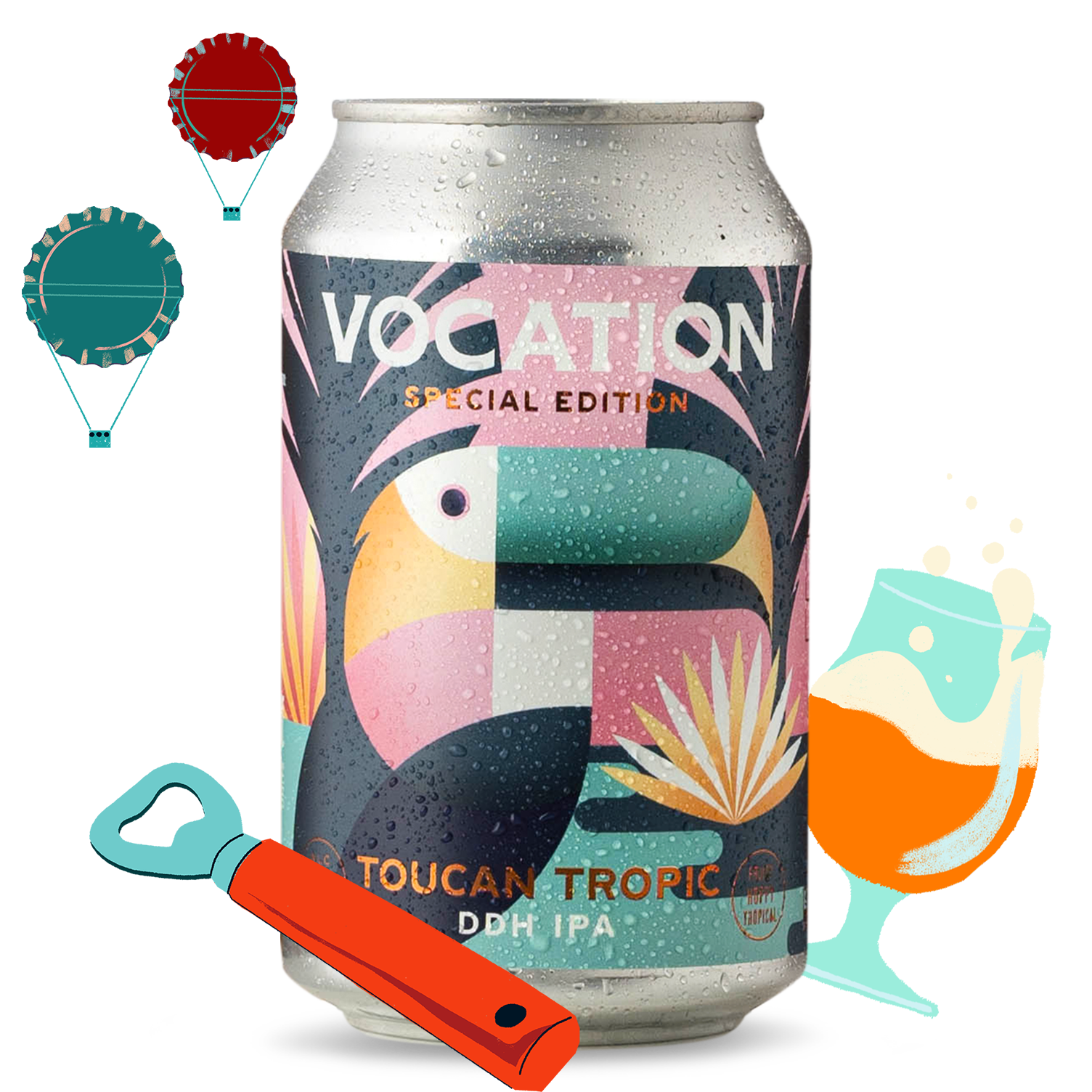 Put on your sun glasses, Hawaiian shirt, and fasten your belts! Head for the sunshine of the tropics with the Toucan Tropic from Vocation brewery! On this fourth day, we're focusing in on the hops. Here is a Double Dry-Hopped India Pale Ale that is sure to be a hit! Your glass will cloud over as it fills with beer - an aspect of IPAs that don't go through the filtration process to retain maximum taste! When you bring this glass closer to your nose, you will quickly understand the reason why this beer got its named. It smells of tropical fruit juice! Indeed a mix of fruits presents itself to you, whiffs of mango and papaya will be identifyable, but also pineapple to get you thinking of a juicy Piña Colada. A subtle note of pine will finish off the aromatic richness brought by the hops. On the tongue, you also won't be disappointed. You can taste the sweetness of the malt, which is just there to highlight the hoppy flavors. We clearly keep it on the tropical side with this juicy beer, with final notes of mango and lychee syrup! All these tropical flavours make us forget the slight bitterness of this IPA. It's a great example of how the dry-hopping technique extracts all the aromatic side of the hops without releasing bitterness! On this one, Vocation saw big (or double) by doing a double dry-hopping for twice the tropical flavors, which should warm up your December a bit!

american ipa
Check out this beer
The style

India Pale Ale is simply a more hoppy version of a Pale Ale. The most popular story of IPA is that in order to preserve Pale Ale on trips to the colonies in India, British sailors added more hops and alcohol - both known for their antiseptic preservative properties! It should still be noted that hopped beers already existed long before the IPA, mainly in the form of Strong Pale Ale and Bitter Pale Ale. But what does 'DH' mean in all of this? We're talking about Dry-Hopping - a technique where the hops are added during the fermentation stage towards the end of the brewing beer to release maximum aroma, but without the bitterness!

Have you ever wondered what your true calling is? John Hickling realised his calling by swirling malt and hops in his kitchen. Passionate about beer and tired of Excel spreadsheets, this computer scientist decided to ditch everything and re-mortgage his house to get into brewing. After a few recipes that were approved by his relatives, John launched his brewery - and it quickly became successful. It was when he sold that first brewery that he realised that actually brewing was a real ... Vocation for him! He started this new brewery in 2015, which now has around sixty staff and is quickly becoming one of the UK benchmarks for beers with a high American hop content. So it was only natural for us to call him in to offer us a delicious American IPA! 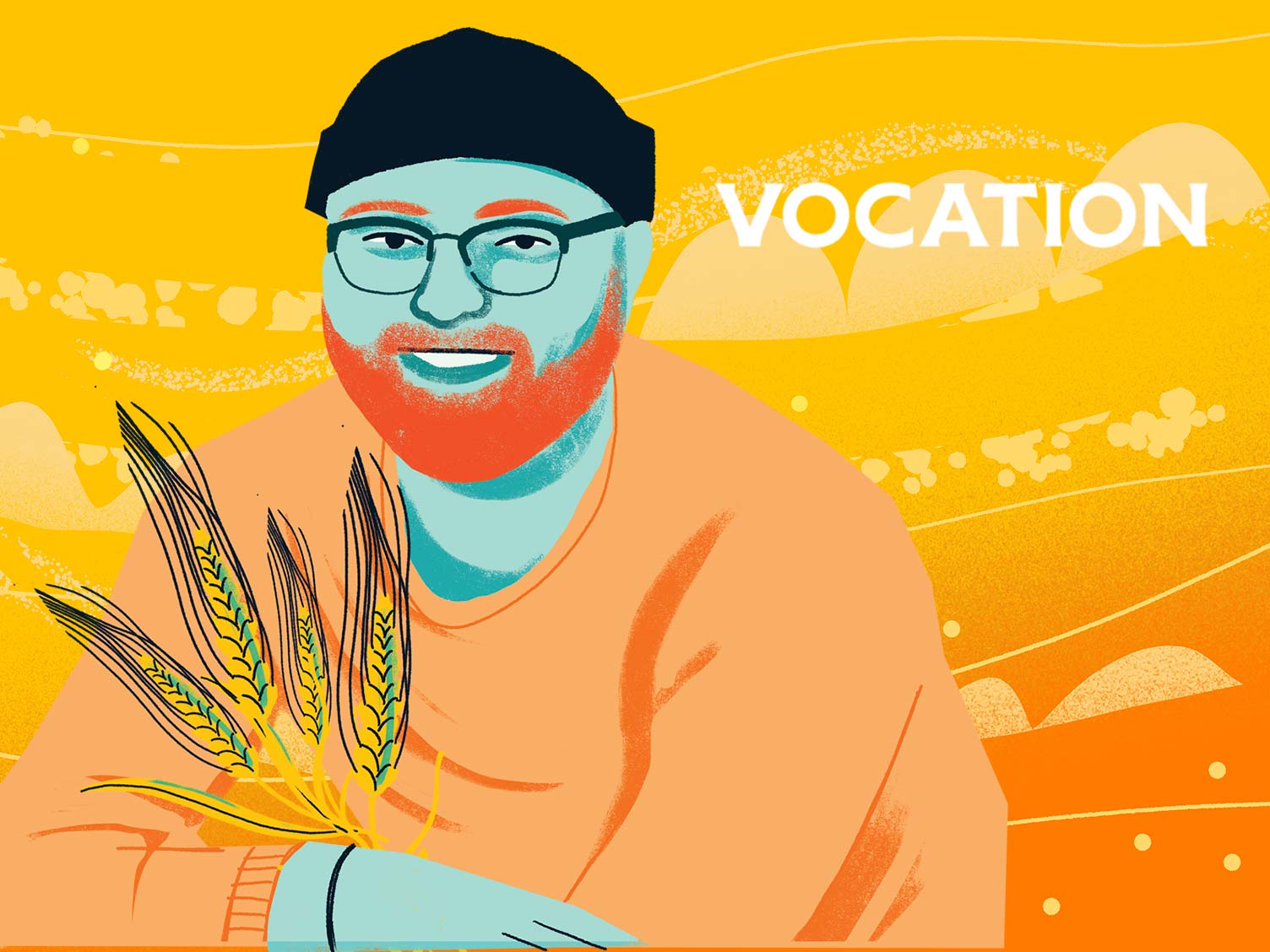 All these fruity notes will perfectly enhance a light white fish dish. If you are a fan of Tex Mex, this beer will also pair perfectly with tacos, cheese nachos or a mango salsa sauce! 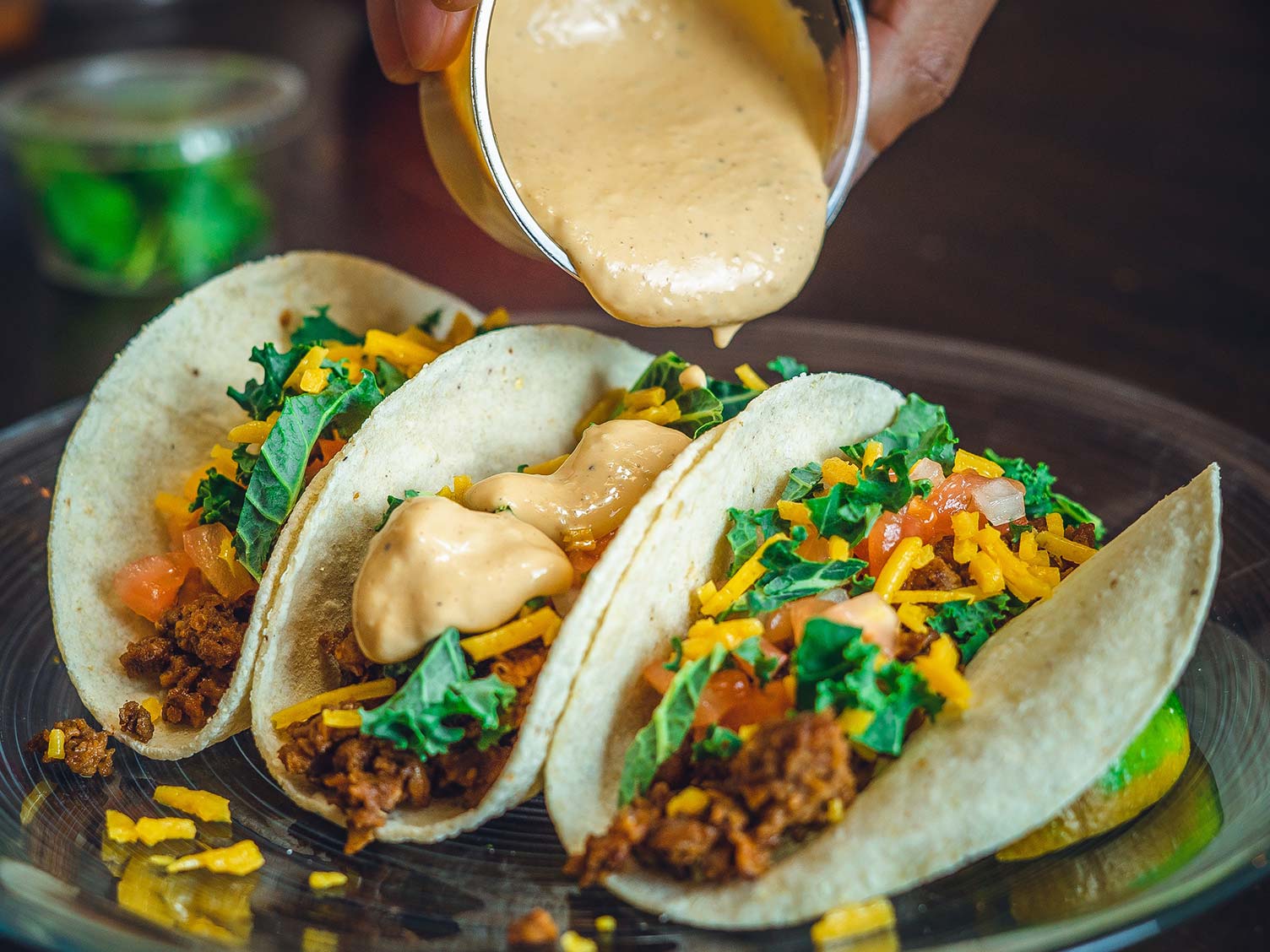