Head for the countryside, on the border of France and Belgium to meet two talented brewers Xavier Bailleux and Jonas Demeulenaere. An association that we appreciate on the one hand for the traditional beers of Au Baron and on the other for De Ranke's interest in cone hops. A use which is becoming rare with the rise of hop pellets (more economical and practical). Two breweries that share the same authentic beer culture through this Belgian Baron! We're on a Farmhouse Ale. So expect an unfiltered yellow-orange beer with a background of natural yeast. Do not worry, it's normal ! The nose is rustic with rye and wheat malt which brings cereal and baking touches. The hay is also present, on the other hand no cow on the horizon! It's spicy, the hop cone is present. You will also find fruity notes on the orange and herbaceous on the green leaf. In the mouth, it awakens! Yeast and especially hops are expressed. You can feel the mix of French and Belgian hops in there! We are still on the herbaceous with a powerful bitterness that stays well on the palate. The yeasts bring even more character with their notes of white pepper. The whole is cool and dry. The residual malt sugars have been completely eaten by the yeasts, making the beer disappear in the mouth, leaving only the bitterness. A rustic beer between the French aging beer and the Belgian seasonal style beer. The perfect representation of this cross-border collaboration full of character!

Farmhouse Ale
Check out this beer
The style

Farmhouse Ale is a term that gather styles of beer born from the world of farm. So, we are far from the Minnesota fields of the 'Little House on the Prairie' but rather from the North of France and Belgium. We discovered the Season two days ago, we have to be careful. All Seasons are Farmhouse Ale, but not all Farmhouse Ale are Seasons. How are you doing? Are you still following? This family also includes guard beer and Grisette for example. Traditionally, they were brewed for Winter or Summer to keep hydrated during the hot weather. The recipes varied according to the year's harvests. They also used herbs and other wild ingredients, especially yeast, which gave a rustic, spicy and fruity flavour to these beers. Just like Saison, Farmhouse Ale is a farm beer. But what's the difference? Farmhouse Ale is more a collective name of various beer styles, such as Saison and Bière de Garde. The term Farmhouse Ale comes from the United States, where Americans have been experimenting with our European beer styles again in recent years. The European styles do not differ much from the American ones in taste and appearance, but the biggest difference is in the brewing techniques, the origin and the ingredients. On the other side of the Atlantic, spontaneous yeast is often used so that you can get very funky beer. The recipes vary depending on the harvest of the year, also using herbs and other wild ingredients - especially yeast - which gives these beers a rustic, spicy and fruity taste.

This is a collaboration full of history! De Ranke started out in lemonade in the 1930s! It was not until the 90s that Nino Bacelle and his brother transformed the project into a brewery. De Ranke comes from the name of the hop stem in homage to its use as a cone and not as a pellet as we often see (because less restrictive and more affordable). This tradition is still maintained by Jonas Demeulenaere, master brewer, for the love of authenticity and the fresh taste of hops! For the Beery, the brasserie is joined by Au Baron, which started out as a café that welcomed workers in the 1950s. Alain Bailleux and his brewer father joined forces to transform the project into a brasserie and offer their customers a little mousse. And today, the family is still there with the watchful eye of Xavier Bailleux to maintain the family know-how. Two breweries, two stories but the same attention to brewing honest and true Farmhouse Ales. 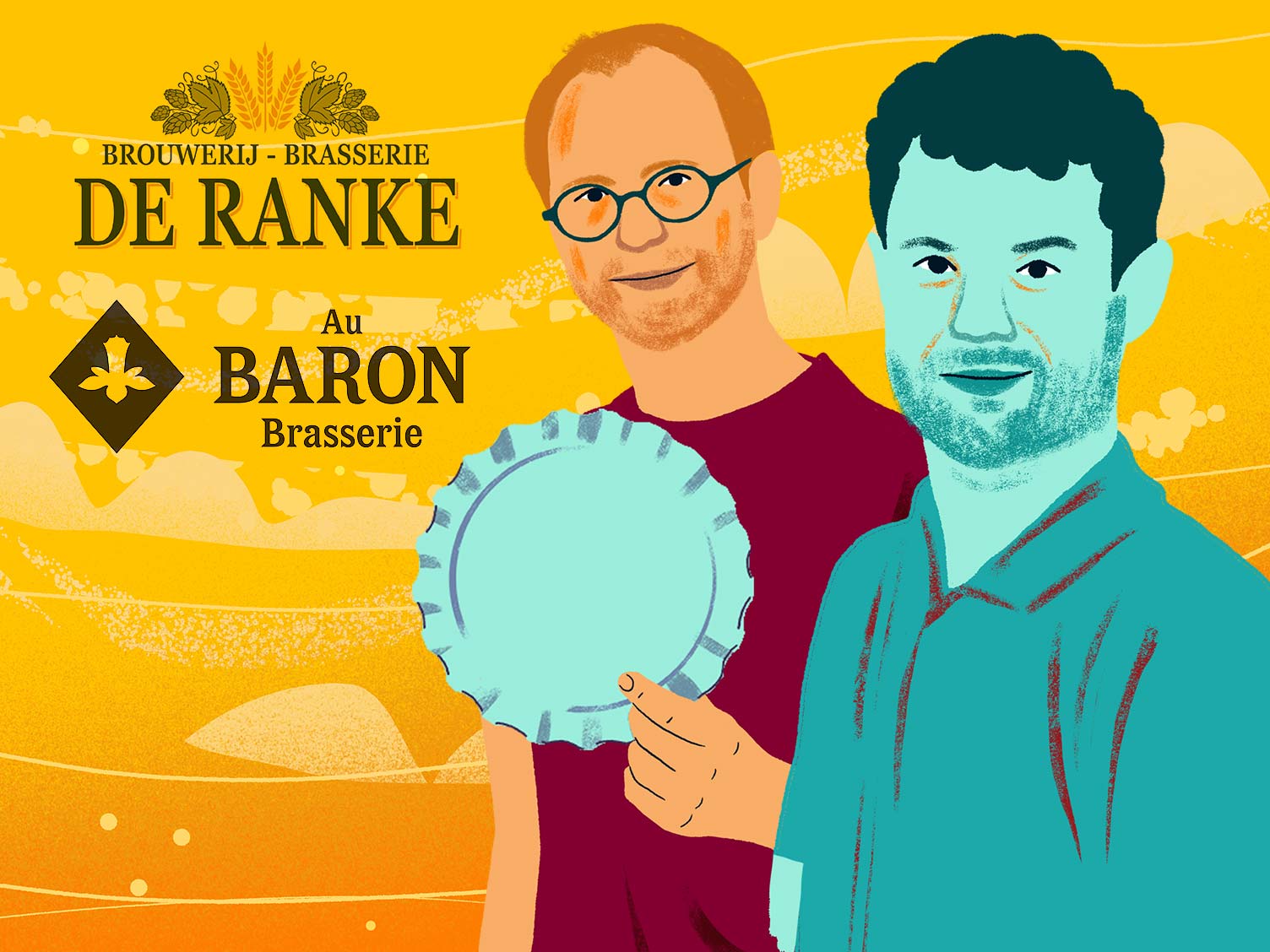 This beer will be the perfect ally to spice up scallops or shrimps. To stay in the fish, you can also accompany it with a good salmon with a Thai inspiration for even more spark! 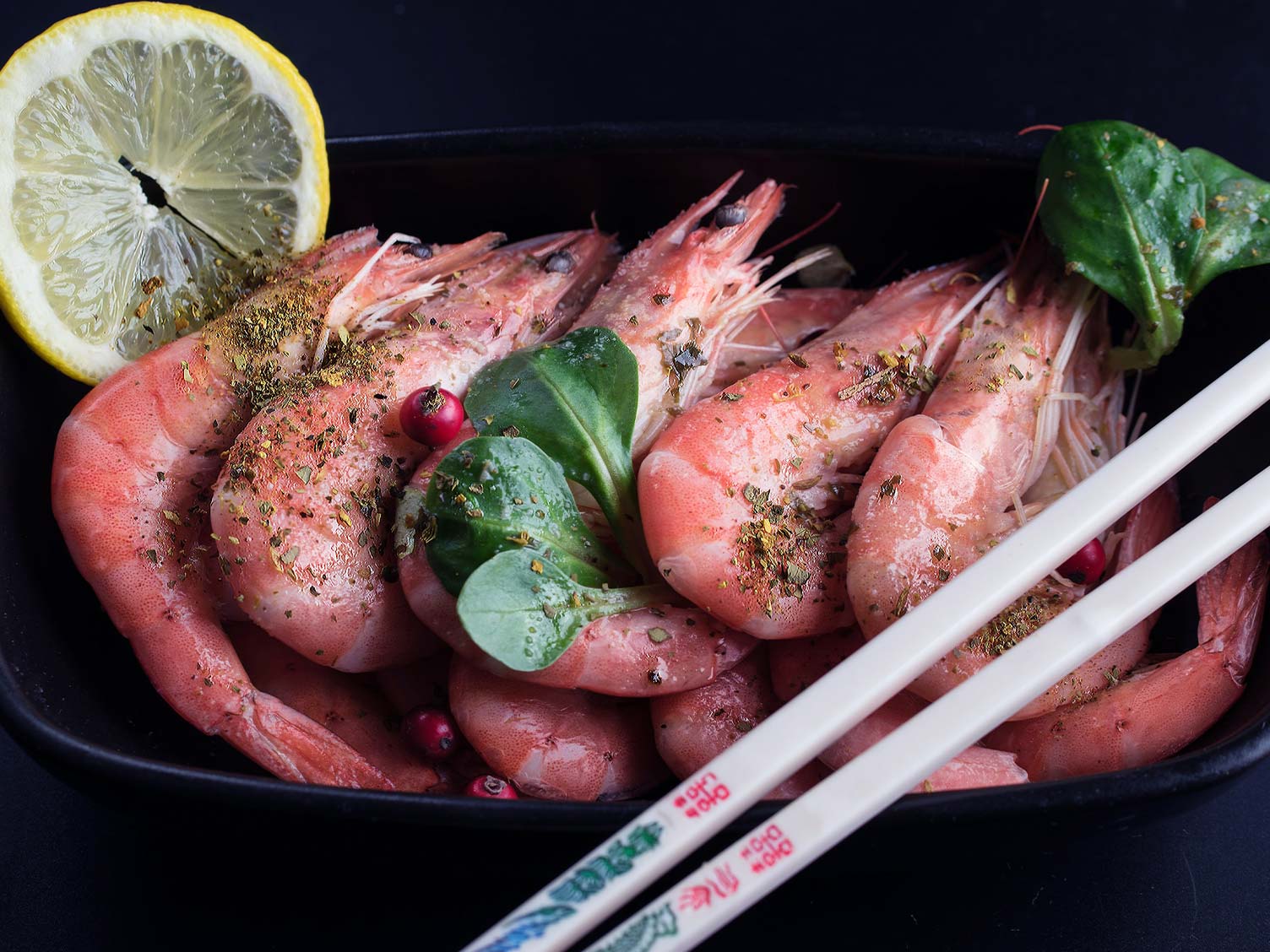