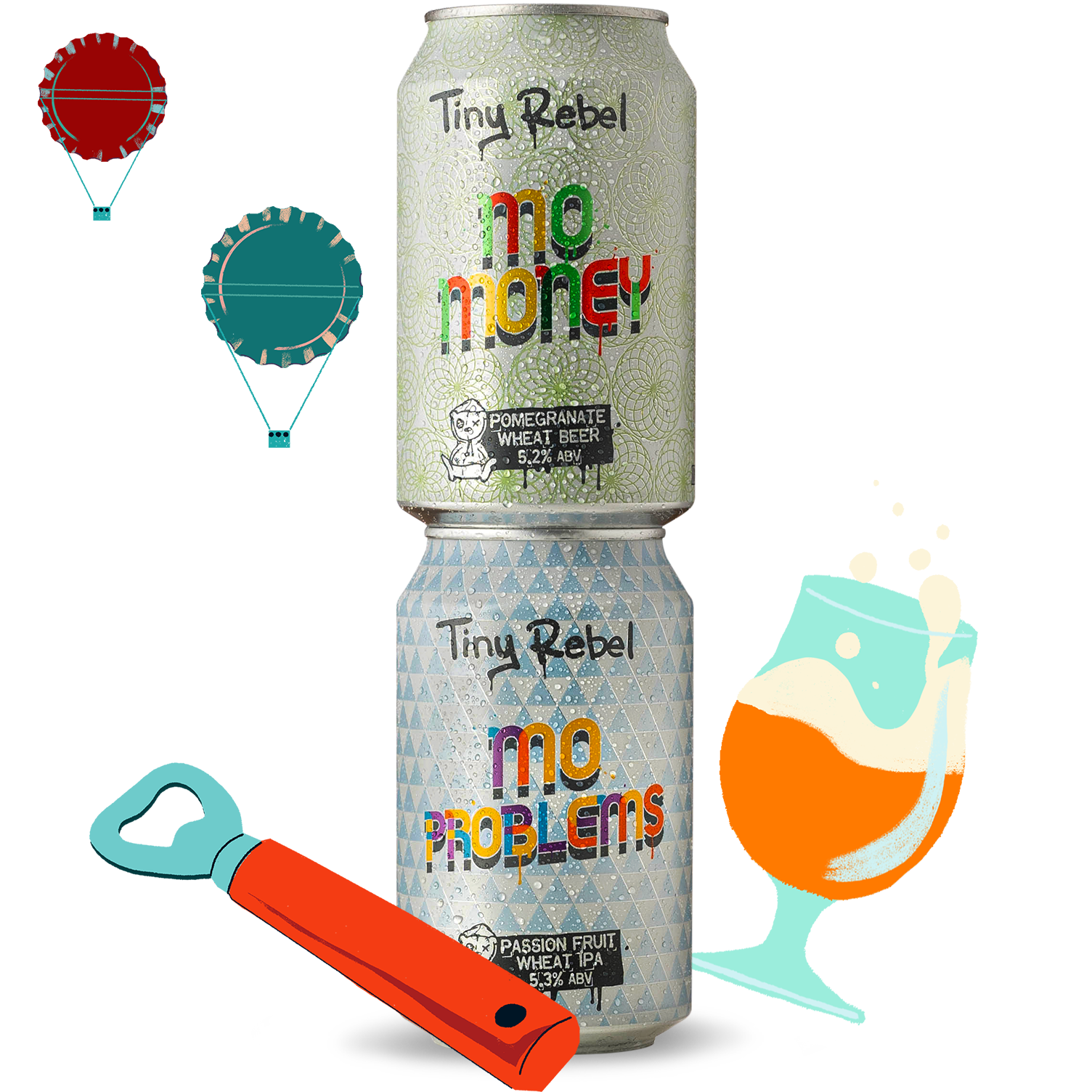 Surpriiiiiiiiise !!!! Two cans await you for this 10th day of Beery Christmas. But why two cans? To push the brewing frontiers even further, of course! The Beery Christmas is made up of twenty-five beers but with your help and that of Tiny Rebel, we are going to make the twenty-sixth beer! The Welsh brewery has therefore brewed two beers designed to complement each other by being mixed. You can take out 3 glasses, let's go for the experimentation! On the one hand you have Mo Money, a beer made from wheat and pomegranate. On the nose, you will feel the sweet side which gives the aromas of the fruit a syrup side with also floral notes reminiscent of elderflower. Very fruity, you will also smell the pineapple juice. In the mouth, the feeling is sparkling then silky at the end. The pomegranate gives its sweet touch as a signature with the acidity of wheat. For the Mo Problems, Tiny Rebel went on a wheat-based IPA. The hops will bring a good tropical dose on the passion fruit accompanied by light notes of lemon. On the palate, the texture is light with passion fruit and a bitterness more present than Mo Money. Take the third glass and mix the two beers evenly. The straw yellow color of the two beers will become cloudy as and when they are mixed. On the nose, all the aromas will interlock and balance each other. The sweetness of Mo Money will be tempered by the hops of Mo Problems. The whole will remain tropical with always a more contrasting presence of pomegranate. It is magic ! On the palate, the silky texture of Mo Money is preserved with less acidity. Here, the flavors of the hops add up. This mixture offers a more lively and herbaceous result. The candy side is reinforced by the union of these two beers which give all their indulgence. Incredible, isn't it? We told you, the Beery Christmas has many surprises in store! Beyond the playful side, the interest of the mixture was also to give you the opportunity to discover for yourself the different shades and contrasts of beer. With a fruit wheat beer and a Wheat IPA, we see how the bitterness and acidity of the wheat adjust. This tenth day reminds us of one thing: beer is a work of balance but also of imbalance!

Blending
Check out this beer
The style

The blend is far from new in the beer world! In the 19th century in England, young Porters were already mixed with older ones to obtain the same taste as a mature beer and therefore save time and storage space. In Belgium, young lambics are mixed with old lambics to ensure the consistency of the taste of the Gueuzes. Beyond practicality, the blend also pushes the taste frontiers of beer! We can thus mix the world of Stout with Lambics. We think of the collaboration between Guinness and Timmermans on Lambic & Stout where the flavors of grilled malt match the acid flavors of Belgian beer. We can also take out beer with other adjuvants such as tea to spice up beer or other alcohols such as liqueurs to find the notes of aging in barrels. We are more on a technique than a style strictly speaking where the brewer operates these transformations behind the scenes. Today, you are the brewer!

Back in 2012, Brad and Gazz decided to grasp the nettle and do the thing they’d been dreaming of for ages: start a brewery! Up until then, the duo had been brewing for their own pleasure, but they knew what direction they wanted to take their project in: a Craft Brewery with a sense of fun, creativity and just a dash of rebelliousness. They rapidly adopted their logo, a tiny rebel teddy in a hoody. He turned out to be their lucky mascot as in a little under 10 years the brewery has gone STRATOSPHERIC! 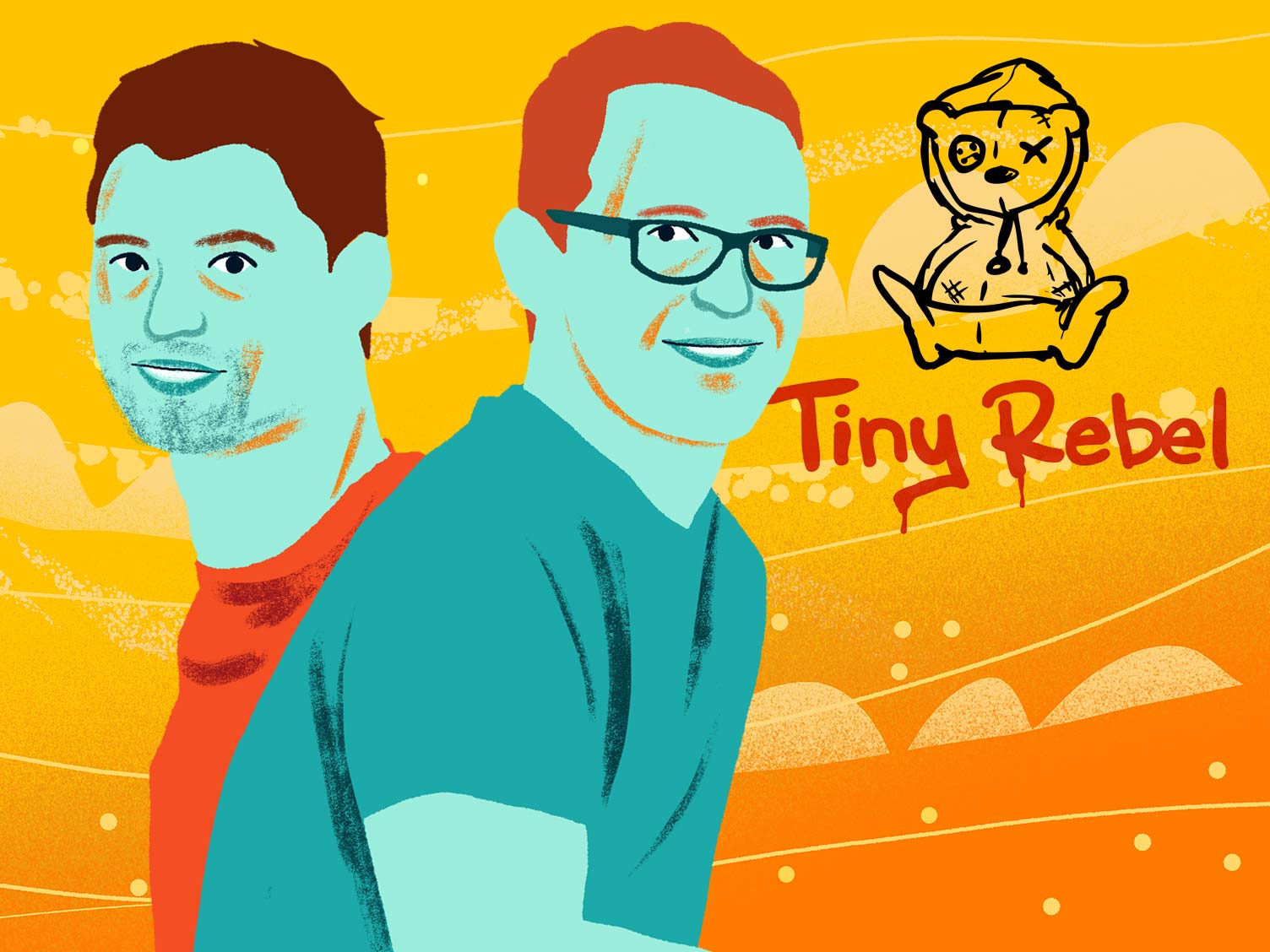 You can use the pomegranate notes of Mo Money to add more fruit to a Poke Bowl. For the Mo Problems, red tuna will match its notes of passion fruit and its slight acidity. For the blend, simply add the bluefin tuna in your Poke Bowl! 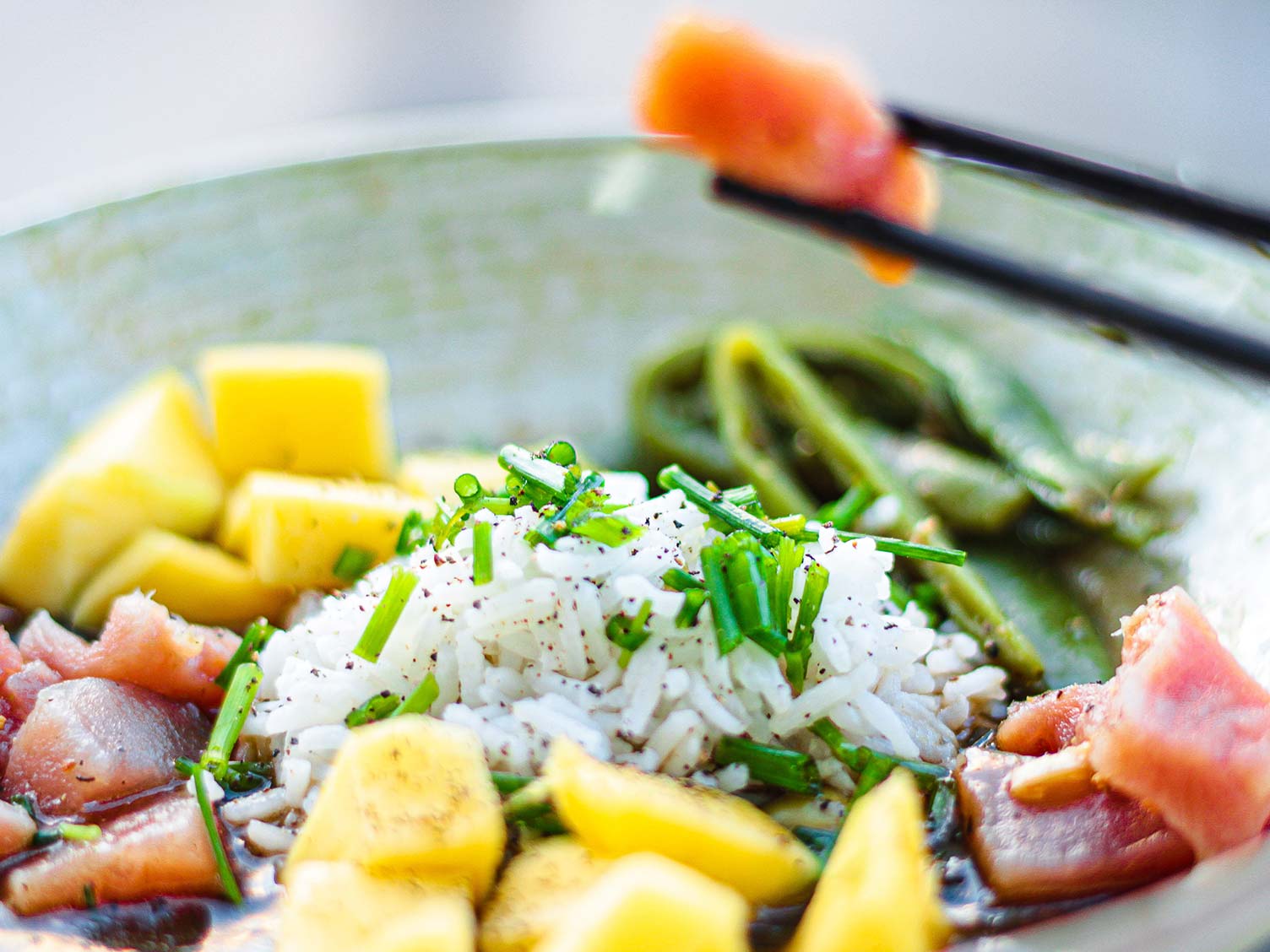