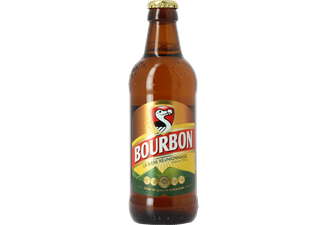 The most popular beer in Reunion!

As a reference to the Dodo, this little bird now extinct that used to live on Maurice Island, this Pils is the most popular beer in Reunion. It features a 5% ABV that makes it suitable for every palate. Maybe you’ll like it for its characteristic taste, or maybe for the smile of the bird that quenches the first of all of us. Peculiar local feature: 95% of Dodo drinkers prefer to order a Bourbon in a bottle rather than in its draught form.

Born on the 9th of June 1953, it has changed its name three times until they finally agreed on “Bière Bourbon”. But in the heart of Reunionese people, only the dodo makes the difference. Besides, the little bird can be seen on every store windows of the island.

Malt and water, these are the raw material of the beer, quite simple isn’t it? The Bourbon Breweries use material offered by the city of Saint Denis. They process local rice and add first the hops “bouquet” that provides the beer with fine bitterness and then the yeast for alchemy to happen. Five times rewarded with a Gold Medal in the “World Selection of Quality Beers” contest whose last edition was in Barcelona in 2007. This beer can be drunk as an aperitif or during a dinner, it will suit all your friendly moments.