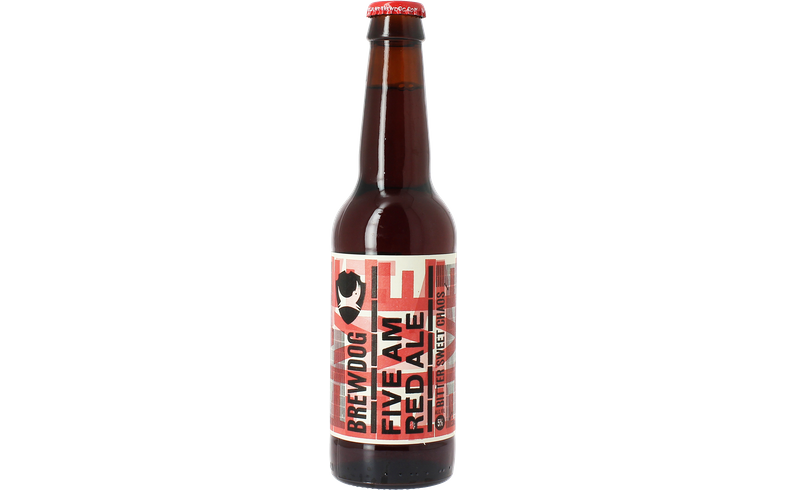 Discover this craft amber beer with aromas of litchi and a long-lasting bitterness in the mouth.

Five AM Saint is an amber Ale brewed by Brewdog. This young Scottish brewery is one of the most creative and foremost breweries in the last two years.

With more than 10 exceptional beers brewed by a talented and crazy team of brewers, Brewdog succeeded in establishing their name among the most well-known breweries in the world and was awarded contest after contest for the quality and the originality of their products.

Five AM Saint is brewed with 4 kinds of barley malt: the Maris Otter, the Caramalt, the malt from Munich, the Crystal and the Dark Crystal. In order to flavour this beer and emphasize its character, 6 kinds of hops were used: the Nelson Sauvin, the Amarillo, the Simcoe, the Cascade, the Centennial and the Ahtanum. 4 last strains of hop are added using fresh hopping, which consists in adding fresh hops flowers in the mash tank.

It provides the beer with highly fruity aromas reminiscent of litchi and floral notes. One can also smell the presence of hops. In the mouth, it features strong fruity flavours with sharp bitterness reminiscent of grapefruit.

The citrus fruits flavours have a long length throughout the tasting while the different kinds of malt have a low presence but still balance the whole with their sweetness.