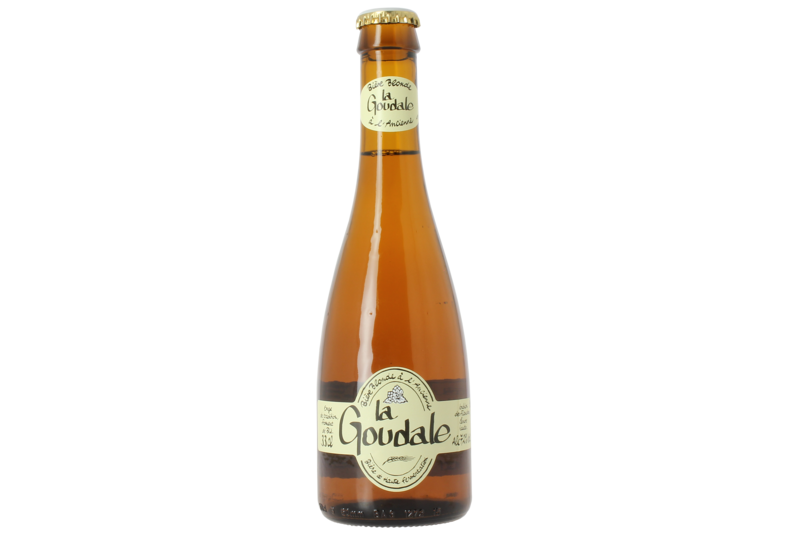 Made from a recipe dating from the Middle Ages.

Brewed in the north of France by Brasseurs de Gayant, the Goudale is a top-fermented lager in line with the best craft beers produced in Northern France. These beers are aged before bottling longer than the average, allowing them to release even more complex aromas and flavours.

The Goudale belongs to this quality series. It is brewed with special malt and flavoured with hops from Flanders carefully chosen. The Goudale pours a golden clear colour topped by an impressive and relatively long-lasting head. It challenges the nose with fruity and spicy aromas along with distinctive notes of yeast. In the mouth, spicy notes of yeast and hops sharp bitterness are finely counterbalanced by the full-rounded malts. This golden beer of character features a good length in the mouth. The aftertaste is dry and hoppy.

Made from a recipe dating from the Middle-Ages, the Goudale is named after its story, as we can read on the label: “In the 14th century, the Great Beers were named Goudale, Goudalle or Good Ale. They were sold 2 denarius (formelly, a coin of small value) per unit at a merchant’s named the Goudalier…”

1.89€/units
This product is temporarily not available. Thank you for your understanding.