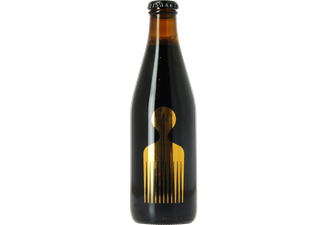 The bottles have original artwork? No doubt about it - it must be Omnipollo. Omnipollo's latest brew, the Lorelei Maple Coconut Toast Imperial Porter, is the fruit of a collaboration with Siren. There is a story behind the beer's name. Lorelei is the name of the young girl sitting on a rock, singing with a perfect voice, which bewitches sailors passing in their boats... Like a Siren. Now we know what Omnipollo's partner's name means. But what does the comb on the bottle mean? It is another version of the Lorelei story, quoted by Brentano, which tells of a blond woman combing her hair on a rock, transforming her from a ghost into a "femme fatale". If this beer is anything like the story, we are going to be absolutely bewitched. Brown-black with a creamy beige head, it gives off aromas of coconut, caramel, maple syrup, vanilla, hazelnut and chocolate. The palate has flavours of coconut, caramel, chocolate, vanilla, roasted malt, alcohol, coffee and hazelnut. Smooth with low carbonation, it finishes on a light, sugary note.