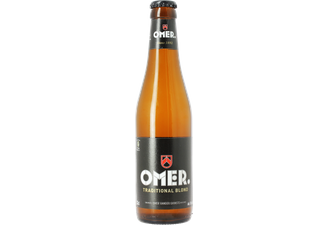 Omer Traditional Blond is a blonde beer with an ABV of 8%, brewed by the Bockor brewery in Bellegem, Belgium, established in 1892.

The name Omer refers to the first name of the beer's creator, Omer Vander Ghinste, as was the custom at that time. The only other advertising he did for his beer was to have stained glass windows installed bearing the inscription "Bières Omer Vander Ghinste". To avoid changing these windows when the next generation took over, he decided to call his son Omer. This became a family tradition, and five generations of Omers subsequently managed the brewery. It was not until 1977 that the name "Brasserie Omer Vanger Ghinste" was replaced by "Brasserie Bockor" for commercial reasons. Today the brewery is run by Omer Jean Vander Ghinste.

Omer is a top-fermentation beer made with barley malt from the Loire region, together with three varieties of aromatic hops. This beer presents an inviting golden colour with an unctuous white head.

This Belgian beer has delicate fruity aromas, with a subtle but noticeable bitterness. Its palate is generous with hints of lemon and saffron, and the aftertaste remains mild with a slight bitterness.