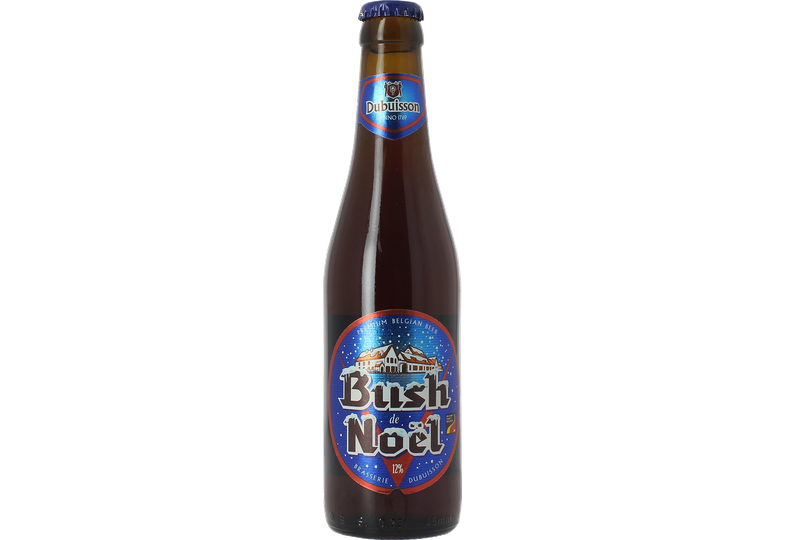 Welcome the Christmas Bush, one of the strongest Belgian beer on the market!

Bush de Noël was introduced in the brewing market by Brasserie Dubuisson, the oldest family-run brewery in Wallonia (Founded in 1769).

This Bush de Noël is today the second most sold Christmas beer in Belgium. It is produced exclusively from malts, hops, natural sugar and water; its dark copper colour comes from the use of caramel malt in great quantities. For this beer, the brewer uses a traditional brewing method named “dry hopping” which consists in putting hops flowers in the maturating tanks while the beer is ageing.

Brewed exclusively during the festive season, this Belgian beer will delight all the most demanding connoisseurs.

2.70€/units
out of stock
Login or Create account to receive an email as soon as the product is available