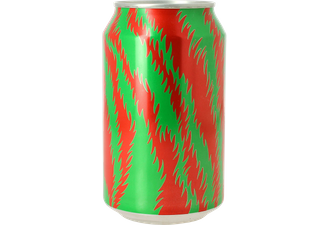 Omnipollo I Wanna Be Your Dog - Whisky BA

Brewed in collaboration with the original Scottish Punk brewery, Brewdog, I Wanna Be Your Dog by Swedish Craft Beer wizards Omnipollo is an intensely chocolaty coffee and praline Barrel-Aged Imperial Stout. Another beer taking its name from a classic song title, beneath its tiny tan head this thick, silky, jet-black Impy Stout is full of sweet chocolate and coffee, with toasty praline and bittersweet molasses. Complex and well-balanced, there’s a bitterness on the backend that offsets the sweet treacle-toffee character personally. Woof!

Both Omnipollo and Brewdog firmly believe in the value of using aluminium cans for their beers. And if two of RateBeers top-rated breweries say it's ok, then who are we to argue. That's why we put together the Yes We Can pack, six superb craft beers in cans that prove aluminium is your friend!

Omnipollo I Wanna Be Your Dog - Whisky BA