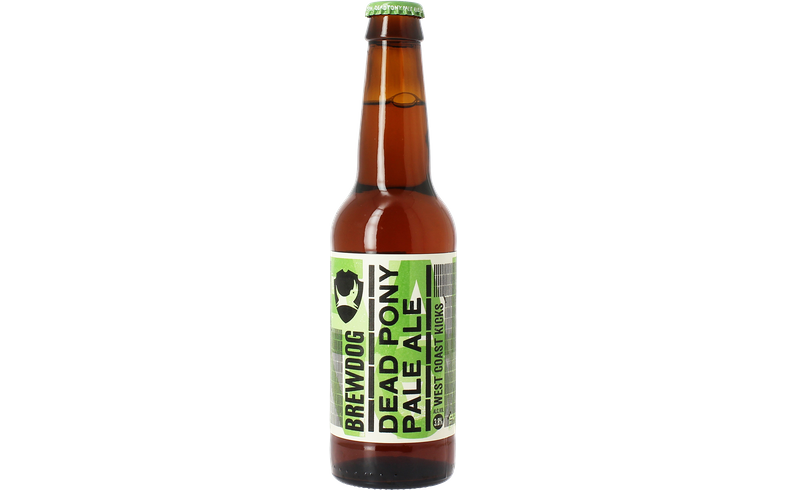 A very light (3.8%) Brewdog which is very hoppy and fruity.

Brewed by Brewdog, young successful Scottish brewery famous worldwide for the quality and originality of their beers, the Dead Pony Pale Ale is a fruity and light Pale Ale with an ABV of 3.8%.

It pours a nice dark blond color, the Dead Pony Pale Ale release in the nose fresh, fruity and floral aromas with lots of hops reminiscent of other beers from Brewdog.

When in the mouth, this Pale Ale features hoppy notes mixed with malted notes, apricot and citrus fruit hints such as lemon or orange. The whole is perfectly balanced and very light because of its relatively low ABV.

In the end, Brewdog offers a Scottish beer which is fruity and very refreshing because of its light character and its fruit aromas.

Explore selection
DeliveryAnti-breakage packagingOur terms of delivery
Your loyalty rewardedYour fidelity rewarded: Create an accountOur loyalty program (Club Hopt)
Customer reviews4,4/5
Our customers love us and we love them back!EKOMI
4,44,6
x
Since 2007The largest beer choice on the internet Who we are!
Customer service
About us
Terms
Follow us