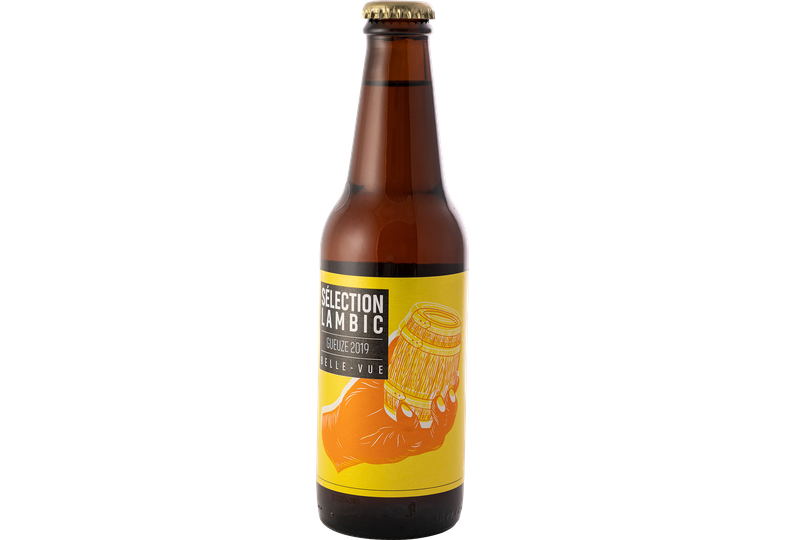 This Beery Christmas Advent Calendar consists not only of 24 discoveries and 24 styles, but also of four different types of fermentation! Today you have a beer with the rarest of the four - the spontaneous fermentation. Brewing using this yeast requires a certain know-how and a lot of attention, because it's nature that does the work! That's why we asked Belle-Vue Brewery to brew this Gueuze for our Beery Christmas.

The beer has a beautiful dark blond colour. The aroma gives you a lovely appetizer for the taste of the beer with spontaneous fermentation. You can also smell the sourness of this beer, with farm and woody tones of the barrel in which the beer has matured. Maybe you'll also discover the scents of apple, pear and wild honey?

This is not a hoppy beer, it's sour, so don't expect bitter hops in the taste. You taste apple and pear notes with extra citrus. The aftertaste ends with honey that can also be found in the aroma. Gueuze is perhaps not a beer for everyone... but we hope of course that you can appreciate the beer and who knows, you might absolutley love the new tastes and have discovered a new favourite!

Explore selection
DeliveryAnti-breakage packagingOur terms of delivery
Your loyalty rewardedYour fidelity rewarded: Create an accountOur loyalty program (Club Hopt)
Customer reviews4,4/5
Our customers love us and we love them back!EKOMI
4,44,6
x
Since 2007The largest beer choice on the internet Who we are!
Customer service
About us
Terms
Follow us
Languages
Our other sites
WHAT PEOPLE ARE SAYING ABOUT US
Saveur Bière is France's market-leader for online beer sales, offering an ever growing range of bottled beers, beer pumps, beer glasses, and beer assortments. Our young, dynamic team has just one goal – customer satisfaction. To ensure our clients are 100% satisfied, we do everything possible to offer a quality service, responding to the needs of our customers and searching out the finest beers you'll find anywhere. True specialists in beer and breweries, our IT, logistics, purchasing, sales and customer-service teams work hard every day to make sure your customer experience is the best it can be.
The abuse of alcohol is dangerous for your health. Please drink responsibly.