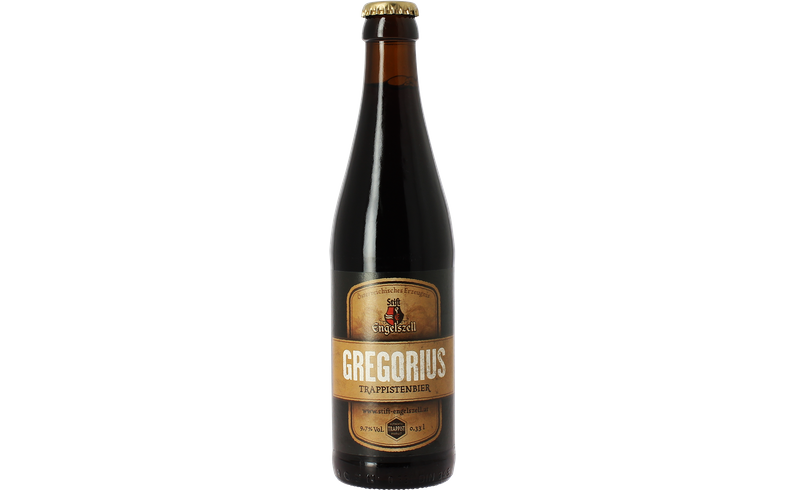 The eighth and last Abbey officially recognized as a "Trappist Brewery" presents its Quadruppel!

On the 7th of February 2012, the Austrian monastery of Stift Engelszell was recognized as the 8th Trappist brewery in the world. It produces the first Austrian Trappist beer, the first and only trappist beer brewed in the German-speaking countries.

The Gregorius is the first Trappist beer produced in the brewery’s beer boats. It was named after the first Abbot from the congregation of the Trappist fathers of the Monastery of Engelszell.

Visually, it pours a pretty dark colour, almost black. The creamy-coloured head is long-lasting despite its thinness.

In the nose, the whole is composed of aromas of honey, cereals and sugar, promising an excellent tasting.

In the mouth, delicate sweet cherry notes emphasize the presence of honey. They rapidly disappear and give way to more strong flavours such as cacao and roasted malt. One can notice that candied figs sweeten and balance the whole. The end of the mouth is finely dominated by cacao flavours turning into an impression of dark chocolate while the fig leaves for the slightly syrupy grapes flavors to express themselves.

The alcohol seemed absent during the tasting but reveals itself at the very end without leaving any sharp bad aftertaste.

This well-balanced beer with its strong flavours and its fruity sweetness proves us that the Trappist title is still a sure sign of the quality of a product.

Discover also two other Trappist beers such as the Rochefort 10 and the Westvleteren 12.

Explore selection
DeliveryAnti-breakage packagingOur terms of delivery
Your loyalty rewardedYour fidelity rewarded: Create an accountOur loyalty program (Club Hopt)
Customer reviews4,4/5
Our customers love us and we love them back!EKOMI
4,44,6
x
Since 2007The largest beer choice on the internet Who we are!
Customer service
About us
Terms
Follow us