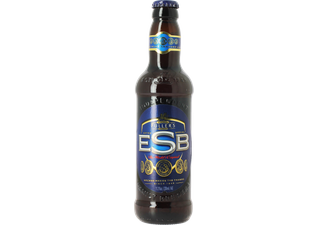 Fuller's ESB (Extra Special Bitter) is a malty, hoppy strong ale, with a delightful toffee character and more alcohol than the other bitters.

ESB was first been brewed by the Fuller's familly brewery in 1971. It was initially intended as a winter beer to replace a beer named Old Burton Extra, however thanks to popular demand it is now available all year round.

Since its creation it has scooped more than its share of awards, including 3 beer of the year awards, 2 prizes at the Mondial de la Bière and a host of gold medals, to become Fuller's Champion Ale. Whether it's biltong from South Africa, jerky from the USA and Canada, or Belgium’s humble frites, or even freeze-dried spicy insects – don’t even go there! - every country has its own take on bar snacks. But as one of the world’s leading purveyors of Craft Beer, Great Britain has got bar snacks to die for (and, in many cases,... Read more