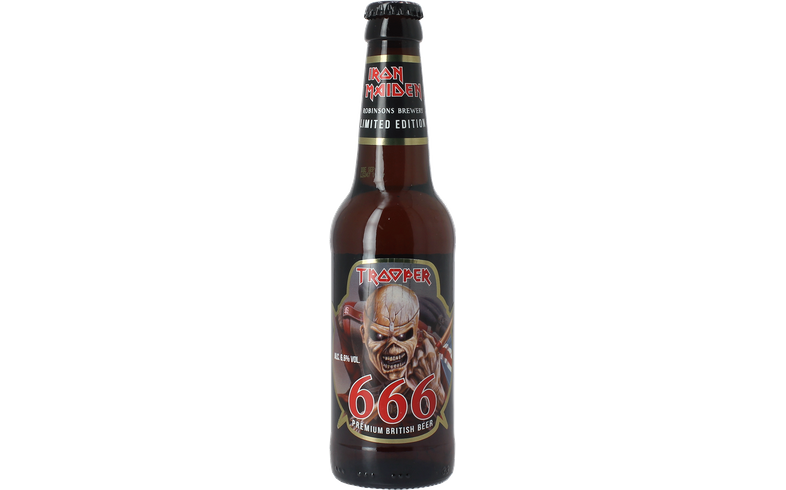 The Beer is a reference to one of the Group’s best-known songs Trooper, itself inspired by the Battle of Balaclava in 1854. Recent research has revealed that the British force was composed of 666 men, hence the name.

In response to requests from fans of the music and the beer, the alcohol content has been raised from 4.7% to 6.6%, but apart from that it is still brewed according to the excellent original recipe.

The nose is dominated by malt and biscuit notes with citric acid hints courtesy of the Bobek, Cascade and Goldings hops. On the tongue, Trooper gives a mix of malt, biscuit and fruity notes.

If you are keen to try Trooper 666, you’d better hurry up as it is strictly limited edition. And for those about to rock, why not try Slayer 666?