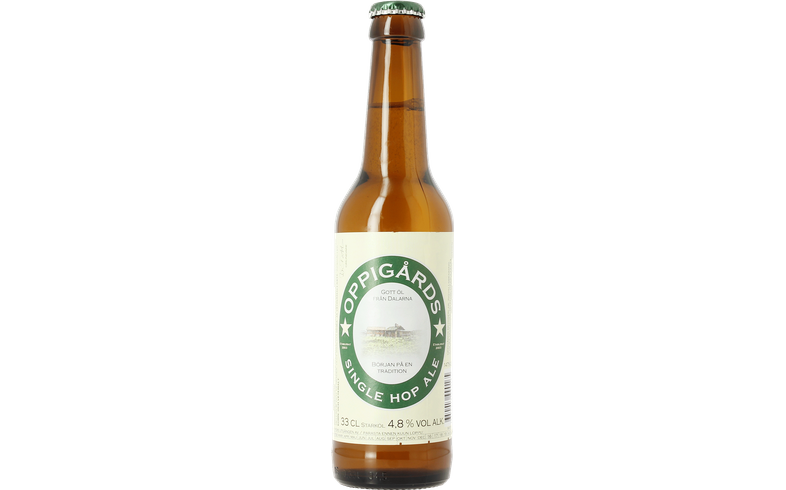 A light, hoppy, fruity, and above all refreshing beer from Sweden

With its Single Hop Ale, Swedish craft brewery Oppigårds has created a beer entirely aimed at refreshment. Let's face it, you don't always want a gourmet Imperial Stout or a Barley Wine to make your hair curl.

Here we have a beer with an aroma full of floral, biscuity, grassy notes specifically designed for sunny days with the smell of barbecue and freshly cut lawns on the breeze.

Set in a soft texture with fine carbonation, the malts give a slight sweetness quickly balanced by a frank, refreshing bitterness. There is also a light acidity from the malted wheat.

Sure, this Single Hop Ale is not a marvel of complexity, but that's not what it's all about. It is simply refreshing, but with charm and panache, while the slight bitter edge leads one to think the Swedes had one eye on traditional British brewing.