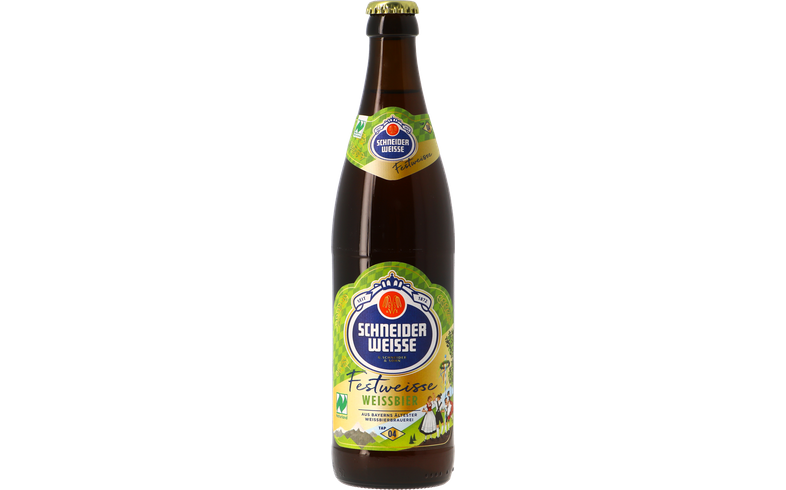 Meine Festweisse is a Weizen beer brewed by Schneider Weisse. It was originally produced from 1916 to 1944 for the Oktoberfest, disappearing after the end of the war. It has returned to the market since 1999.

A bright gold wheat beer with a slight white head, Meine Festweisse is produced according to the original 100-year old recipe with Cascade hops and fruity, aromatic Schneider yeast.

Light, and lightly carbonated, the aroma is soft, with malt, banana and yeasty aromas. On the tongue the beer proves robust with caramel, fruit, banana and citrus notes in evidence, leading to a dry, fruity finish.

4,6/5AVERAGE SCORE
Since 2007The largest beer choice on the internet Who we are!
Customer service
About us
Terms
Follow us