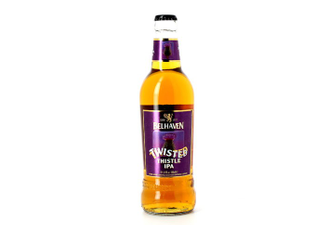 Belhaven Twisted Thistle IPA is a top fermented Scottish India Pale Ale (IPA), a style characterised by a higher hop and alcohol content than other Ale beers. India Pale Ales were created in the 18th century for export, mainly for the colonial troops in India.

The hops, a defining ingredient of this beer, give an impression of freshness that contrasts on the finish with the explosion of fairly dry spicy and lemony notes. This golden nectar is a taste sensation from the master brewers at Belhaven brewery!