Brut IPA: the next big thing in Craft Beer

Is Brut IPA the standout Craft Beer style for 2019? If there is one beer style that’s captured the imagination both of Beer Geeks and those just starting out on their Craft Beer odyssey, then India Pale Ale, more commonly known as IPA, is it.

Loved for its bitterness and its awesome hops aromas, the style has morphed into varies sub-styles like powerful Double IPAs and, more recently, New England IPA, a softer, creamier version of everyone’s favourite beer.

Nevertheless, the world of Craft Beer is a fickle place, and the next big thing is only ever a pint away. Step forward Brut IPA, a new style that is already making waves and set to be the star of 2019. 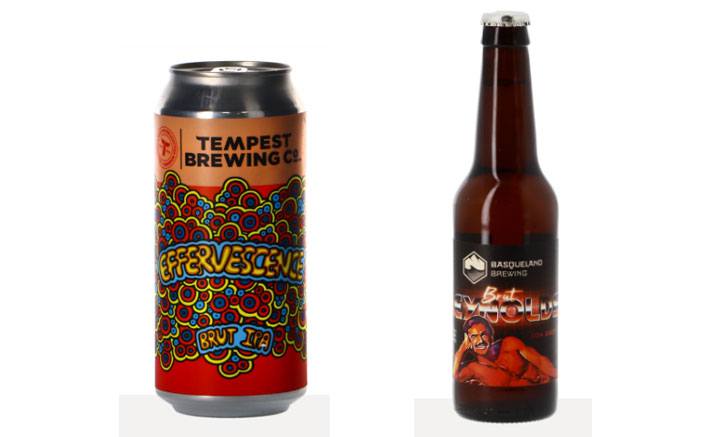 Brut IPA: all the way from the West Coast

Originating in San Francisco – a city famed for its creativity -  the Brut IPA style is the brainchild of Kim Sturdavant, master brewer at the Social Kitchen & Brewery. Having heard about the enzyme glucoamylase, which makes it possible to break more of the glucose molecules in beer and thus make it less full-bodied, he tried it out on a Triple IPA to make it a lighter, easier-drinking beer.

The result was lighter-bodied and less full-on drinking experience, which he proceded to roll out to his awesome IPAs to give them a Champagne quality. Thanks to this enzyme, beer is has no residual sugar, making it possible to have a plato degree of less than 1.

The first batch was released in November 2017 under the name of Hop Champagne to almost universal critical acclaim. It’s a hard beer to track down, but like Lactose IPAs and NEIPAs before it, Craft Breweries are never slow to catch on and have already started experimenting with the style, with early successes already on the market from Scotland’s Tempest Brewing Company with its Effervescence or Basqueland Brewing Project’s Brut Reynolds.

Generally used to make syrupy beers thinner, the glucoamylase enzyme is now at the heart of a new and rapidly expanding style: Brut IPA. Taken to extremes – a recurring theme in Craft Brewing - this enzyme produces a beer with almost no residual sugars. As all the complex sugars are broken down to simple sugars, they are much more available to the yeast, and the yeast loves it.

Think of it like trying to get rocks (long-chain sugars) through a sieve (the yeast). It’s not going to happen: full sieve = full body. But if you break those rocks down to sand and dust –simple sugars - then they’ll pass though just fine and you end up with an empty sieve and an exquisitely light, fine body and an incredible sparkle marked by lots and lots of fine bubbles. As a result, Brut IPA is similar to a dry champagne and a perfect blank canvas on which to create your own perfect hops profile. So, after Session IPA, Double IPA and New England IPA, 2019 could be the year of the Brut IPA. Watch this space...

You've probably heard of Oktoberfest, the German beer festival that takes place every September in Munich. Did you know that there is a style of beer named after this famous festival? Saveur Bière tells you all about this German beer style! What is a Festbier / Oktoberfestbier style beer?  Oktoberfestbier or Festbier is a German-style of low fermentation beer...