Surely you can’t brew beer without hops, right? If you thought that was true, you’d be wrong! Before adding hops to beer became a thing, beers were made bitter with a blend of herbs and spices like wormwood – that’s absinthe to you and me – heather, spruce tips and a whole pharmacopeia of botanicals in a style known as gruit, grut or gruyt.

Back before we knew about the preserving powers of the humble hop, we knew that bitters were good for the digestion. That’s why beers, like many aperitifs and digestifs, have a distinct bitterness. Think about it, a Dry Martini (ingredients Gin and Vermouth) before dinner? Classic!

The trick is that bitter compounds found – the same as you find in hops - literally make your mouth water. By getting your juices flowing they get your tummy ready to digest what you’re eating. That’s why beer and food go so well together.

But what about before we had hops? The preserving power of hops has only been fully understood since the late 12th Century. Before that, beers were bittered with a whole range of herbs, each with different medical properties.

This beer style is known as Gruit and the earliest reference predates the coming of hops by some 200 years. Common ingredients for Gruit include:

Artemisia or wormwood – the stuff they put in absinthe, wormwood is also an antimalarial and a sedative in large doses

Bog myrtle – the Creole Doctor, bog myrtle grows across Europe and north America and is used for, among other things, fever, stomach ache and, even more ironically, a liver tonic

Spruce Tips - a speciality of Scandinavia and North America, spruce tips have no particular medicinal value, but they sure make beer taste interesting! 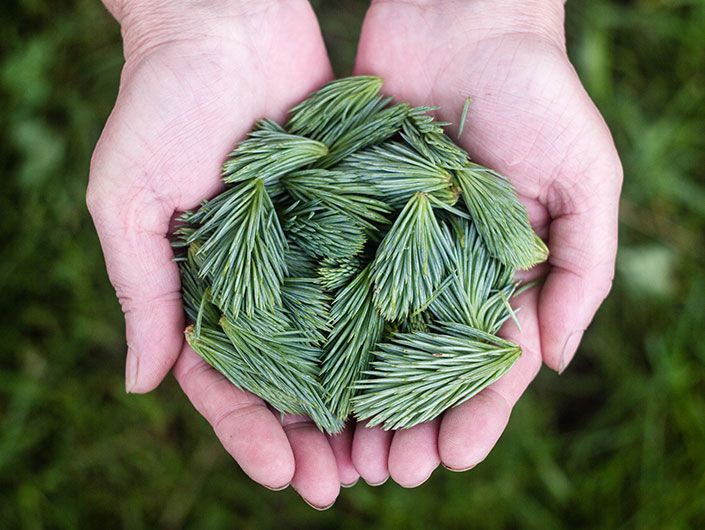 But what about modern Gruit Beers? The gruyt style has a small but dedicated following from breweries around the world, including Koyt by Netherlands brewery Jopen which uses myrtle - a known hallucinogen (although you got to eat a whole bunch) or Belgium’s De Koninck and Lost in Spice which uses cardamom, ginger and orange peel to make a uniquely spicy character.

Green beer for witches and wizards

Then there’s Bière du Sorcier with its blend of stinging nettle, absinthe and elderflower, or Verte du Mont Blanc, another atemisia infused beer from the French Alps.

For fans of alternative beers, Gruitland is a great place to go exploring with plenty of interesting experiences just waiting to be discovered!

You've probably heard of Oktoberfest, the German beer festival that takes place every September in Munich. Did you know that there is a style of beer named after this famous festival? Saveur Bière tells you all about this German beer style! What is a Festbier / Oktoberfestbier style beer?  Oktoberfestbier or Festbier is a German-style of low fermentation beer...