Thomas Hardy’s Ale: A timeless classic celebrates 50 years... First brewed in 1968 to celebrate one of England’s most iconic authors, Thomas Hardy’s Ale is a classic Barley Wine with fine fig, tobacco and old leather notes that has become an icon in its own right thanks to its distinguished heritage and more than a little determination!

Originally brewed by Eldridge Pope, a brewery nearby Hardy’s home at Dorchester in the south-west of England, to commemorate the fortieth anniversary of the writer’s death in 1928, today it is lovingly produced by London’s Meantime Brewing. Since its first incarnation, this legendary Barley Wine has enjoyed a tumultuous history to rival any of the stories published by the author during his lifetime.

The very first Thomas Hardy’s Ale was produced by Eldridge Pope as a one-off, but thanks to its popularity it was brought back in 1974 thereafter being brewed year after year for a quarter of a century until 1999 when production was stopped due to the cost of brewing such a superb beer.

This remarkable Barley Wine won a second reprieve in 2003 when America’s O'Hanlon’s Brewery began production under the auspices of American importer George Saxon. Sadly, it was once more resigned to the history books in 2008, but thanks to a little persistence the torch was passed to its new owners, Italian beer importers the Vecchiato brothers, who bought the brand and the recipe before spending three years perfecting the recipe to bring us the beer we know today. 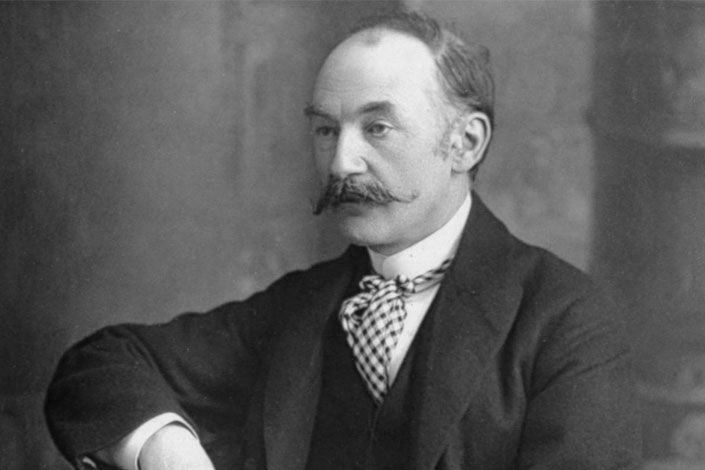 Craft Beer with a story to tell

Pouring deep caramel amber with the faintest of heads, and an even softer carbonation, Thomas Hardy’s Ale proudly sports a rich caramel body with a flavour profile as dramatic as Tess of the d'Urbervilles and Far from the Madding Crowd.

Barrel-Aged history in the making

Dating back 50 years to 1968, the iconic Thomas Hardy’s Ale is a beer with a lot of history and an equally promising future, as this is one Barley Wine that is sure to improve with age. Indeed, it’s a perfect beer for cellar-aging, with bottles of the original Ale with bottles of the original 1968 vintage still drinkable (if you can find one) and fetching hundreds of Euros!

Mikkeller and Evil Twin are two exceptional breweries run by two twin brothers and fuelled by a certain antipathy. In fact, their relationship is so rocky that when Evil Twin’s Jeppe Jarnit-Bjergso set up his own brewery he decided to cross the Atlantic just to put few more miles between them. There’s aways going to be friction between siblings, but sadly some...

At Hopt we like to get to know our producers, so we caught up with one of Spanish Craft Brewery La Virgen’s three founders and marketing manager, César Pascual, as he gave us an exclusive insight into Spain’s biggest Craft Beer success-story.  Speaking to us from La Virgen’s brewery just outside the Spanish capital, we started by asking a question...