Beer, bread and baking II – Return of the Bread? Aye!

So, you baked your first loaf of bread? We hope it was a success and you’re now on the way to becoming a fully-fledged master-baker. It takes a little practice, but it’s worth it. There’s nothing quite like the smell of fresh bread to make home feel like, well, home. Well, maybe the unmistakeably malty smell of beer brewing.

But what if you want to take things to another level of beeriness? Well, there’s a couple of little changes you might like to try that can transform your beer bread into the kind of Artisan-Baked Craft Beer Bread that legendary beer hunters have for breakfast (or that their mum makes their sandwiches with when they go out beer hunting).

The first change you can make to your beer bread is to use Beer Yeast. This simple change can make a a subtle, yet deliciously noticeable change to the taste of your beer bread. If you’re already brewing beer, then you’ll be used to throwing out tons of spent yeast from the bottom of your brew. This yeast might be spent, but it certainly isn’t dead!

Next time you throw away the trub – aka sludge - from the bottom of your fermenting bucket or demijohn, keep some back, give it some water and a teaspoon of plain old-fashioned table sugar to get it fizzing again, and you’re ready to bake. You can’t use this to brew again as it isn’t sterile, but it’s great for baking! 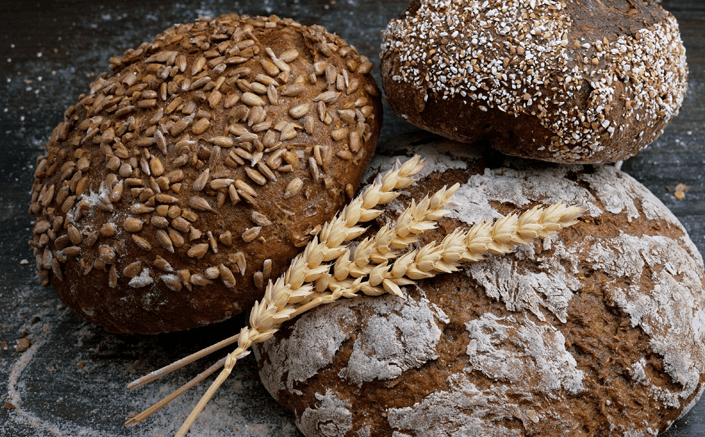 If you’re not yet a brewing aficionado – what are you waiting for?!? – then you might not know about Belgian yeast. In the alchemy of Craft Beer, Belgian Ale yeast is highly prized for its esters – volatile flavour molecules that give beers and ales, particularly bottom-fermented beers, their characteristic banana and clove taste, or hints of gasoline, sticking plaster, bubblegum, and a world of other flavours.

This estery character comes from a reaction between alcohol and fatty acids thanks to an enzyme. As the alcohol content of your bread will be relatively low, this effect will be limited, but with the right yeast it should still be noticeable.

Try Safbrew T-58 yeast, a speciality brewers yeast that is prized for its ability to really boost the estery character of your beer. One 11g sachet should make four 800g loaves (300g water + 500g flour), so you can split the sachet and use the other half later (don’t keep it to use in beer later as it will spoil your brew). It’s worth remembering that some brewers yeast is not as fast-acting as modern bread yeast, so you might want to give your bread a little extra time to rise.

If you haven’t got access to used yeast trub, then you’ll want to make a yeast starter. Like when you’re brewing, you’ll want to add your yeast to some warm water with a teaspoon of white sugar. It’s freeze-dried yeast, so it needs a little time to come back to life. Once it’s formed a nice big fluffy ice-cream head, you’re ready to start making bread.

If you like digestive biscuits, then start by trying biscuit malt. You can use café light malt, chocolate malt or black malt, but these are very heavily roasted malts and can make your loaf quite bitter.

To make a delicious malty loaf using Biscuit Malt, use the 800g loaf recipe from Part I (500g flour and 300ml water) then add 150g of finely-milled malt (you might want to sieve out some of the husks as they can be quite fibrous), and an extra 60ml of water. Bring it together like you did in the first recipe, then knead for 10 minutes. Leave it to rise, knock it back, shape it, and leave to rise again. Bake for 35 minutes at 200°C fan and you have a loaf of bread that will officially knock your socks off*!

So there you go – the fine arts of brewing and baking brought together in one simple recipe. There’s really no mystery, so why not give it a try…

*We tried this recipe in the office and it did indeed knock people socks off, no kidding!