All the way from Portugal’s historic capital, Lisbon, Dois Corvos is one of Beery Christmas 2018’s youngest Craft Breweries. Starting brewing in early 2014, the brewery has gone from strength to strength to become one of the hottest Craft Beer properties on the Iberian Peninsula.

Based in a waterfront brewery in Lisbon’s eastern suburb of Marvila, with beers like Periscope, Creature, and Finisterra Dois Corvos has always had an affinity with the sea and Portugal’s rich maritime history. That doesn’t mean that they’re always looking backwards – quite the opposite! Voted Ratebeer's Top Brewery for Portugal in 2017, this talented, versatile, up-and-coming craft brewery has a bright future ahead of it… 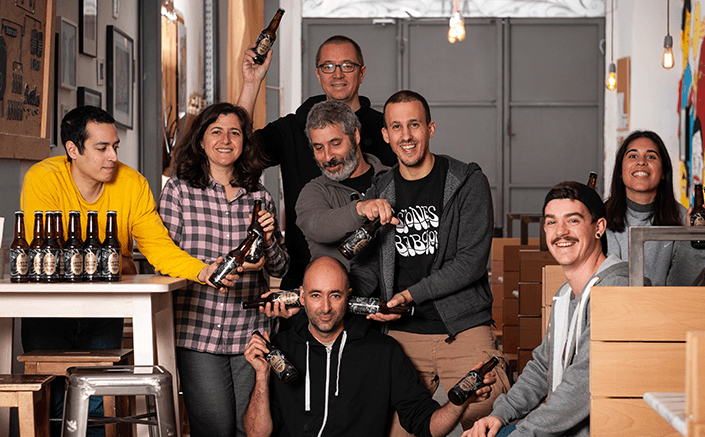 But what about the beer?!?

It’s a daunting task kicking off Beery Christmas, especially with 100,000 Beery Christmas fans eagerly awaiting the starting gun, but somebody has to do it. And for 2018 Dois Corvos have done it in style with their magnificent Saison Sur Mer! With all the spicy, peppery yeast and plummy fruit notes you expect from a great Saison, Saison sur Mer shows off a gorgeous honey-blonde body and fuzzy white head. This alluring ensemble releases a characteristic barnyardy bouquet mixed with a subtly woody dessert wine character.

The smooth, medium-light body and piquant carbonation work with the special Saison yeast to give a bold peppery character with shades of overripe plum and fermented grass. This tableau is lifted by a smooth, rich, oaky white wine character courtesy of the muscatel casks, that finish the tasting experience with a rounded, voluptuous feel to evoke classic Moscatel fortified wine that fills the nose with a fragrant spicy note as it goes. 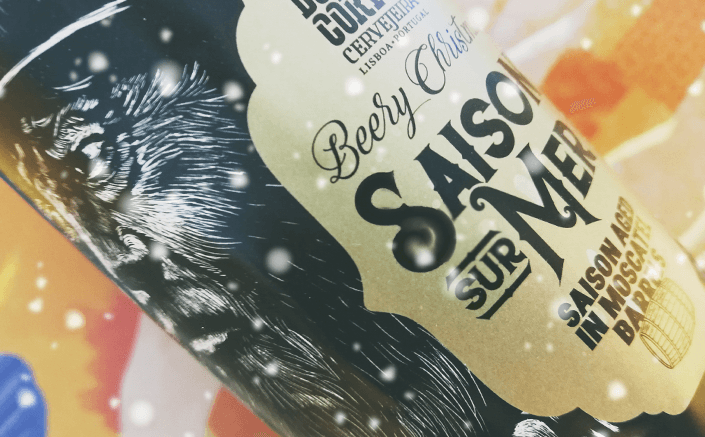 Pale and refreshing with a superbly dry finish, Saisons are fermented at a higher temperature than other top-fermentation beers, resulting in a deliciously funky character, often described as 'barnyardy'. Saisons also feature spicing such as coriander, ginger or orange zesty, adding a whole new dimension to the flavour!

Saison beers were originally brewed in Wallonia, the French-speaking region of Belgium, for farm labourers who had the right to up to 5 litres per day - nice work if you can get it! Obviously, anyone trying to drink 5 litres of beer a day is not going to get much work done, so original Saisons were significantly weaker than today's version at around 3% ABV.

Beer down on the farm…

Today’s Beery Christmas beer is brought to you by the word Barnyardy. Can you say “Barnyardy”?

Beer Geeks are a strange breed, and like any enthusiast with a passion they’ve got a secret language all their own. Throughout the Beery Christmas adventure, we want to introduce you to some of the more obscure geek-speak so you’re not left scratching your head as you taste your 24 unique beers…

The first piece of Craft Beer lingo is Barnyardy. It’s used to describe Saison and Farmhouse Ales and their slight hint of well, barnyards.

Thanks to the special Saison or Brettanomyces (Brett to his friends) yeast, a semi-wild species of our fizzy friend, there’s a slight whiff of - how can I put this delicately? - cow-sh*t! It’s a mix of sweet overripe fruit and fermented grass that evokes dairy farms and gives Saison its unique character. So, there you go, your first piece of inside-info to put you on the road to full beer-geekdom!

The Ministry of Beer

Until recently, the only beers available in Portugal were brewed by the state. Normally, we'd be against interventionism, but that's the kind of ""big government"" we can get behind.

That said, it certainly explains the explosion in the popularity of Craft Beer in Portugal! And with beers this good, Portuguese Craft Beer is here to stay.

…Thanks for tuning in. We’ll see you tomorrow for Day 2 of the Big Beery Christmas adventure! It gets a little trickier tomorrow as the treasure hunt begins so make sure you give yourself time to find the beer!