Necessity is the mother of invention” – never was this truer than in the world of Craft Beer. Shanghai’s Boxing Cat is yet another Craft Brewery created by folk with a love of great beer and nowhere to drink it.

Faced with a total absence of great beer, way back in 2007 ‘the three amigos’, Gary, Kelley and Lee, got together and started their own brewpub focussing on great flavours – their band consisted of one brewer, one chef and one guy who knows how to have a good time - it was a sure-fire winner!

Sadly, Gary is no longer with us, but under the watchful eye of new Brewmeister Michael Jordan (no, not that one), Boxing Cat continues to brew new, exciting beers based on traditional styles, earning them the coveted title of RateBeer's Best Brewery in China in 2018!

In the Red Corner: Boxing Cat 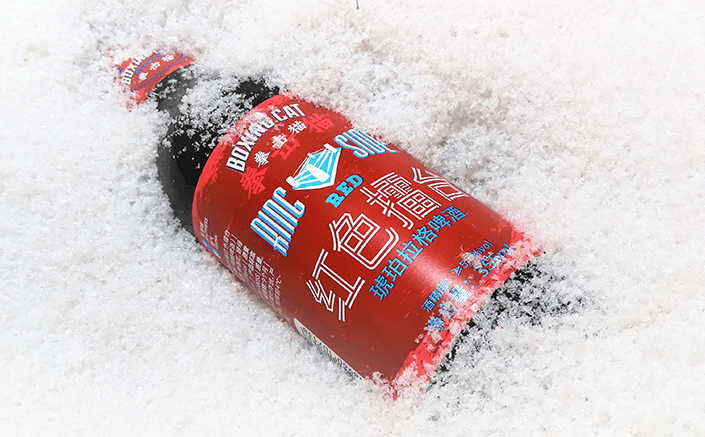 Set in a soft, deep ruby body with a gentle carbonation, this heavyweight Lager is all about the malt, with a sweet toffee character coloured with subtle shades of stone-fruit and red berries.

Balancing this full-on malt assault is a soft fruitiness and a gently spicy continental hops profile that give just enough bitterness to cut through the sweet malt, bringing with it in a lingering bittersweet finish.

What to eat with Vienna Lager?

Thanks to its moderate bitterness and measured alcohol note, Vienna Lager is a great match for main courses with white meats. It’s perfect with a simple roast chicken with plenty of sea salt and cracked black pepper. Feeling more adventurous? Season your bird with garlic, chilli or lemon juice. It’s also great with mild hard cheeses like Cheddar, Manchego, Jarlsberg or Beaufort. Fancy a sweet treat? Try it with almond tuile cookies or biscotti or a classic pear frangipani tart. You won’t regret it!

If you thought Lager was just about light, fizzy Pilsners then think again! In fact, the Lager family consists of literally dozens of different styles, from light International Pale Lagers to deep, dark, malty Dunkelweizens and all colours in between.

Vienna Lager is part of the Dark Lager branch of the family, characterised by a bright, clear, copper to chestnut brown colouring and a pronounced toasty maltiness. This rounded, often quite sweet maltiness is offset by a gentle hop bitterness – often using German noble hops to give a spicy, earthy character and a dry, short-to-medium length finish.

Hops generally fall into 3 categories - bittering, aroma, and dual purpose. As the name implies, they give beer its bitterness, or its unique hops flavour profile, or sometimes both. The original wild hops cultivated across central Europe for brewing were dual-purpose varieties with a low bitterness and subtle aromatic qualities. These original hops - still referred to as "noble" hops today - are often much more expressive than their modern cousins and are instantly recognisable to the trained palate. The four noble hops varieties are Hallertauer Mittelfrüh, Tettnang, Spalt and Saaz. A classic case of noblesse oblige!