Born nearly 250 years ago, the Bass brewery in Burton-on-Trent, England has become an icon in brewing as one of the pioneers of the Burton brewing system. Thanks to an alchemy between malt, hops and the unique local water, Bass Ales were an immediate hit.

Over the following century, Bass continued to expand and by 1877 it had become the world’s biggest brewery producing over one million barrels per year and exporting across the British empire.

Its legend was also spreading, with bars around the world from New York to Singapore serving bottles bearing the famous Bass Red Triangle. Proof of its travels can even be found in the 1881 painting by French artist Edouard Manet Un bar aux Folies Bergère (if you look closely enough - trust us, they are in there!).

Bass and the birth of Barley Wine

But Bass wasn’t just famous for its Pale Ale. During the 19th and early 20th Centuries, it launched more famous beers like its highly popular Stout. It can also claim the credit for popularising the Barley Wine style thanks to a nifty bit of marketing for its rollicking good Bass No.1 Barley Wine.

Times change, and while the brewery has changed ownership a number of times, it is still producing the same exceptional beer. And as times change so does technology, and now you can enjoy the true taste of Bass at home thanks to PerfectDraft kegs.

At just 4.4%, Bass is a light beer, so it’s best enjoyed fresh. And thanks to your PerfectDraft machine, you can chill it to perfection before you enjoy that first sip. 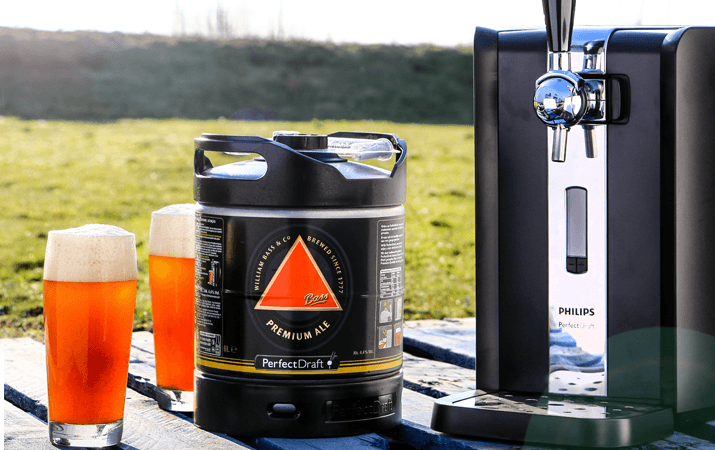 So, after nearly 250 years, the original Burton beer is still one of the very best, and proof that the famous Bass red triangle is here to stay.

So, you’re half way through Dry January? How’s it going so far? If you said ‘tough’, then don’t worry, you’re among friends, and we’ve got ways of making the next two weeks just a little more bearable… The idea for Dry January comes from the UK, and a public health initiative aimed at reversing some of the damage done by...